The Domestic System, also called the Putting-out System or the Workshop System, was the most widespread system used until, and during, the 18th century for producing and delivering wares or products.

It generally consisted of a customer, or a buyer, and a merchant. The merchant in turn was in contact with a number of actors. This included the suppliers of material and craftsmen, depending on the product.

When someone wanted something, a product, they contacted the merchant to buy this product. Merchants also commonly travelled around looking to sell their wares. Once the merchant knew what things to sell, they then bought the material from suppliers needed to create the products.

After acquiring this material, the merchant went to a craftsman and gave them the material they needed for crafting a (part of a) product. The merchant then received a more processed or refined product in return.

Usually, this part of the process had several steps. There were often secondary, tertiary, or even more, craftsmen refining the product in different steps until it was finished and ready for delivery.

For example, if a merchant was offering to sell tools and a customer needed a spade, the process could look something like this: 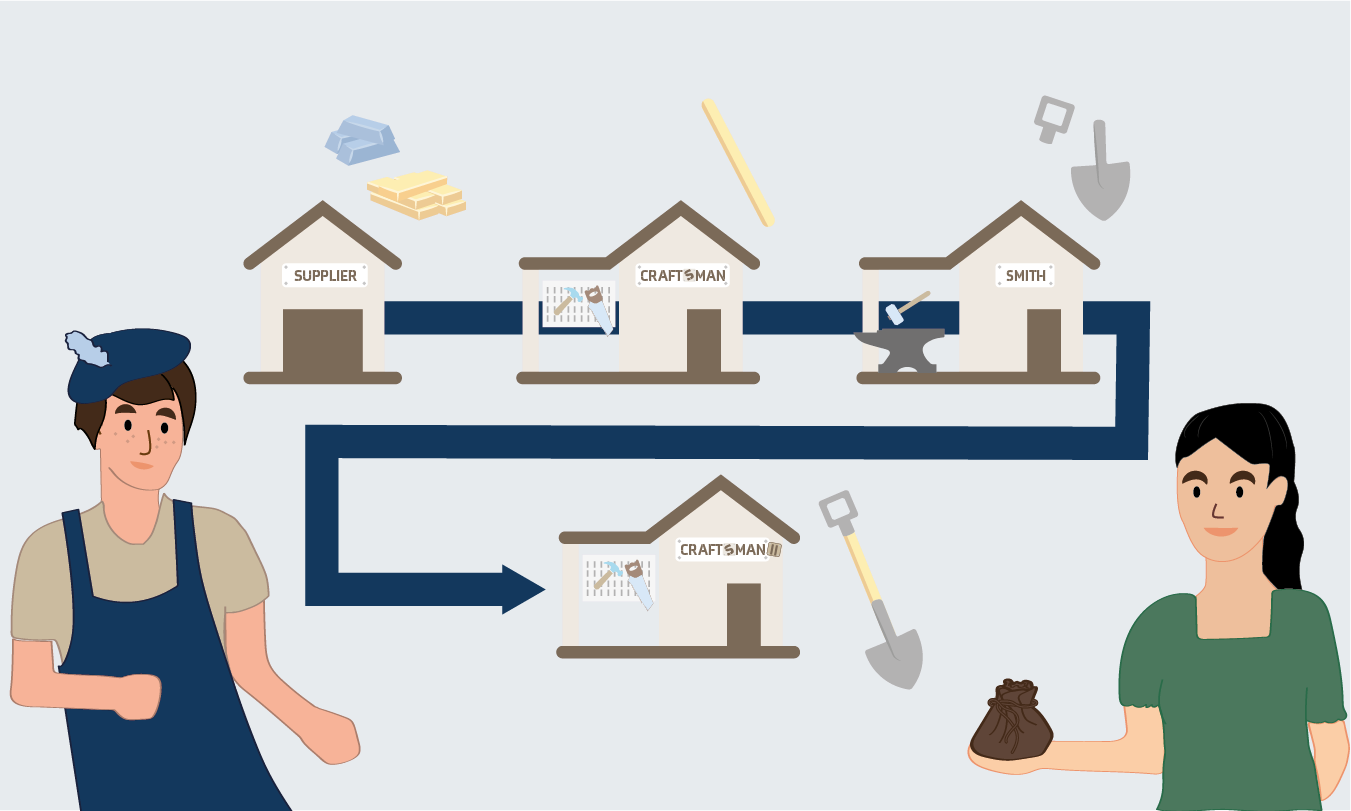 The production flow of the Domestic System

The Domestic System was fairly logical and simple. But it included a rather large number of handovers between the different parties present within the production flow. Furthermore, the process as a whole was only experienced by the merchant who acted as the active part of the flow, bringing the orders and items between the various actors. It can therefore be presumed that the system, while sufficient at the time, was not very efficient and included a number of flaws that could be improved upon.

When we look closer at the attributes of the Domestic System, we can see that they are as follows: 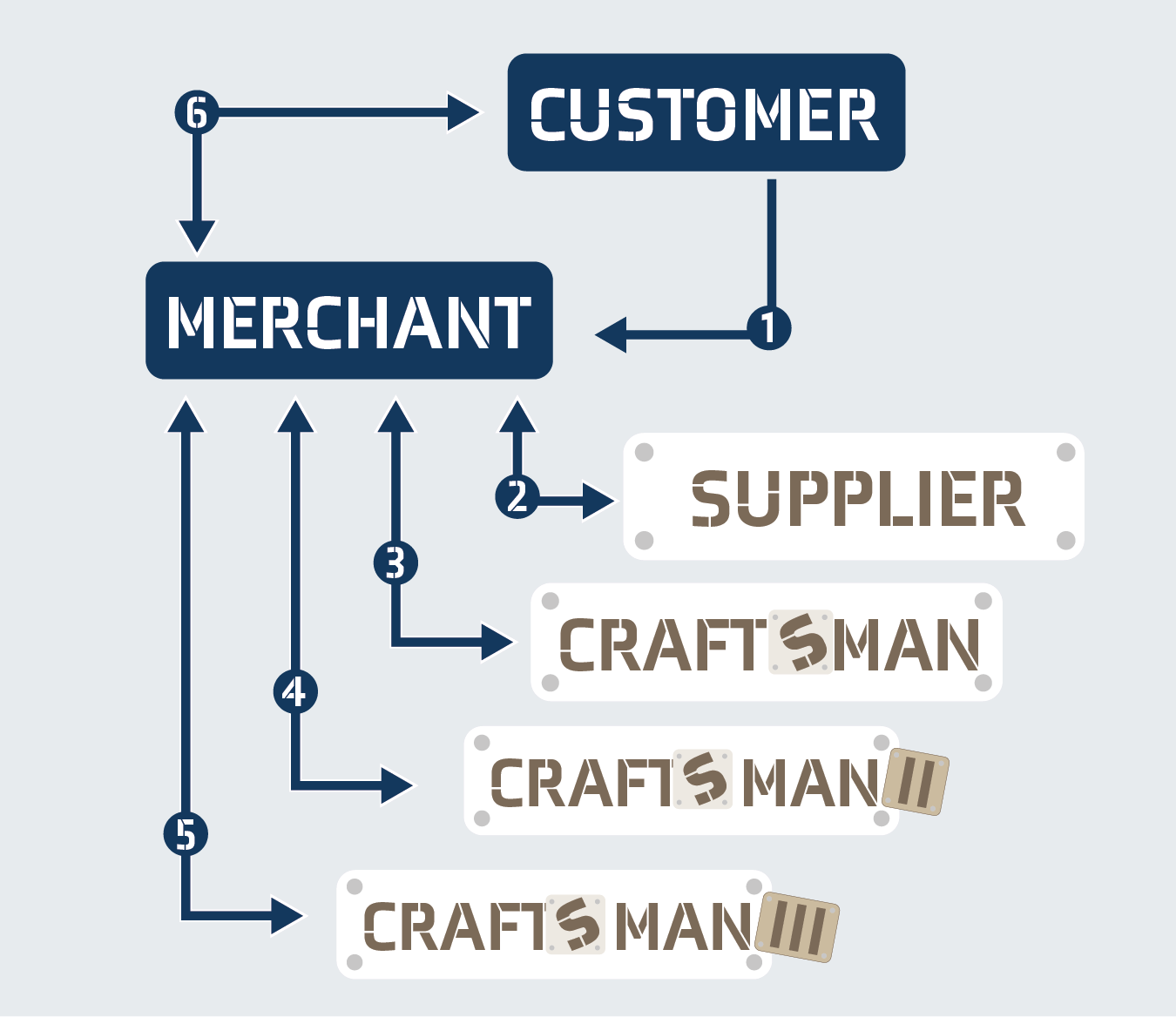