The Factory System is somewhat reminiscent of the Domestic System, but it has some key differences.

In this case, the customer places an order which is sent to a manufacturer, rather than a merchant. What the manufacturer does differently from the previous merchant example, is that they “collect” all craftsmen under the same roof, rather than the craftsmen being spread out in different places.

The manufacturer sends an order for material to a material supplier, who then delivers the material to the factory. Once the material has arrived at the factory, it goes through the internal processes, moving between the different craftsmen and stations to create the product the customer needs.

The manufacturer then delivers the finalized product to the customer.

Key differences between Domestic and Factory

By comparing the two systems we can see that the Factory System is a lot simpler due to significantly reduced number of steps and handovers required. This is largely dependent on a much more centrally organised work division.

When looking closer at the attributes of the factory system, what we see is that: 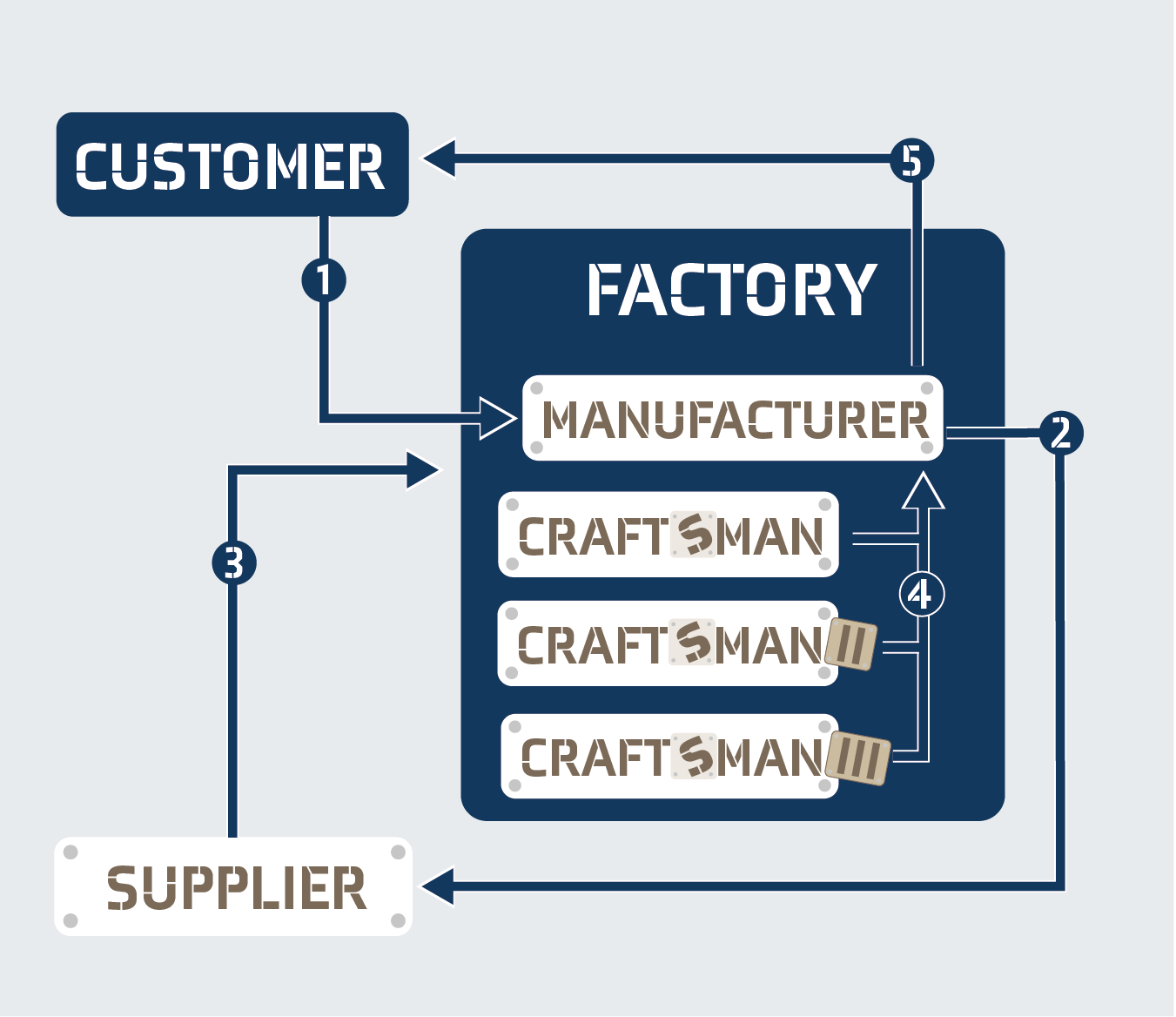