This article explains the topic of Labour Division, a commonly used strategy that divides work tasks and streamlines the production process.
© Luleå University of Technology
The topic of division of labour has played an important role in the history of production, and subsequently had a large impact on its development.

Division of labour essentially means dividing a job or task into several parts. When division of labour is discussed, a common model used is this one made out of two dimensions: vertical and horizontal division. 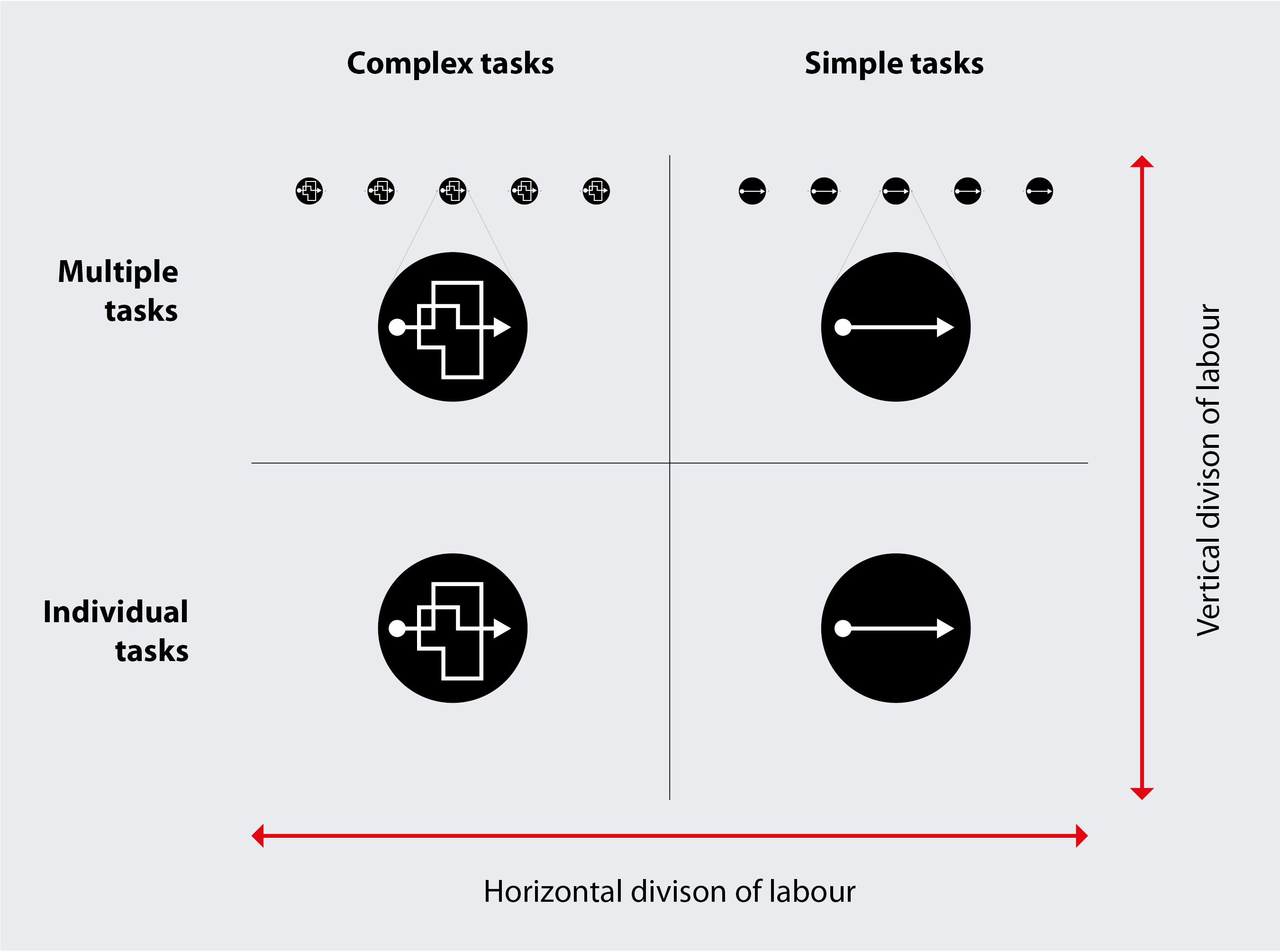 This two-dimensional model can be used to show and describe how labour within a production system is divided between simple and complex tasks as well as single or multiple tasks.

A person could work within any of the boxes in the model or in several depending on their job and assignment.

As an example, let’s look at the car industry.

Imagine that one person would be responsible for creating an entire car. In this case that would mean that this person would have a large number of tasks required to accomplish one complex task. That would place them top left box in the model.

While some of the first cars were actually built in this way, it is not efficient nor feasible for one person to create a car by themselves, at least not at large scales. Instead, assembly-line production systems are commonly used

In this case, a person may be responsible for putting one component into place. Referring to the model, this would be a singular, simple task. This would place them in the bottom right box of the model.

Can you come up with some other examples of labour division within production? Use the model and consider which boxes your example would fit into. What are the strengths and weaknesses of the model?

Write your answer in the comment section and discuss your ideas with other learners.