Whitney created muskets that consisted of five separate parts. Each with around ten different possible component designs but designed in such a way that regardless of design, any part belonging to one of the five categories could be combined with any part from each of the other four categories.

Managing to create components that could be combined without having to customise specific components to match with each other, led to huge advantages into the production process. Significantly reducing the need for customization facilitated mass production. 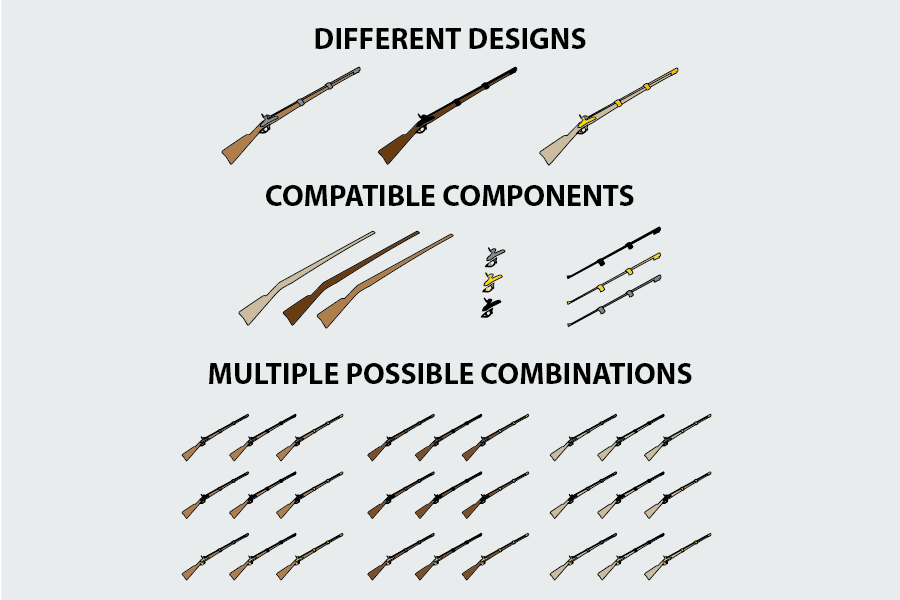 Put simply, standardisation means creating common standards to reduce the need of having to spend time and resources on specific solutions within a process.

Write your answer in the comment section and discuss your ideas with other learners.