This article presents the idea of rationalisation by Frederick W Taylor. You are also asked to reflect upon his theories and share your thoughts. 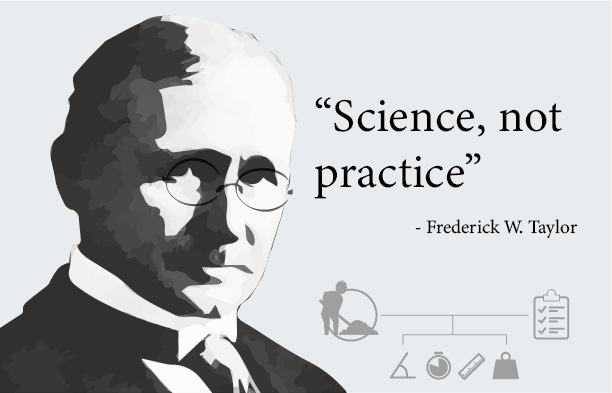 Who was Frederick W Taylor?

Frederick W Taylor was instrumental in the rationalisation of production systems. His most impactful work was Scientific Management, released in 1911.

His work can be summarised in two main principles:

While helped make production more productive, his view on people leaned toward the mechanical side (which we will discuss more later).

Taylor argued that through rationalisation it was possible to reduce the costs of labour and produce more for the same cost, enabling increased salaries for workers on the basis of piecework. He claimed that the main goal of his work was to increase the well-being of people.

The type of management advocated by Taylor became known as Taylorism. Some of the main ideas of Taylorism were:

In your opinion, what are the pros and cons to Taylorism? Do you think that workplaces today are affected by the same or similar ideas like those of Taylor?

Please write your answer in the comment section and discuss with other learners.