Fossils and the Geological Record 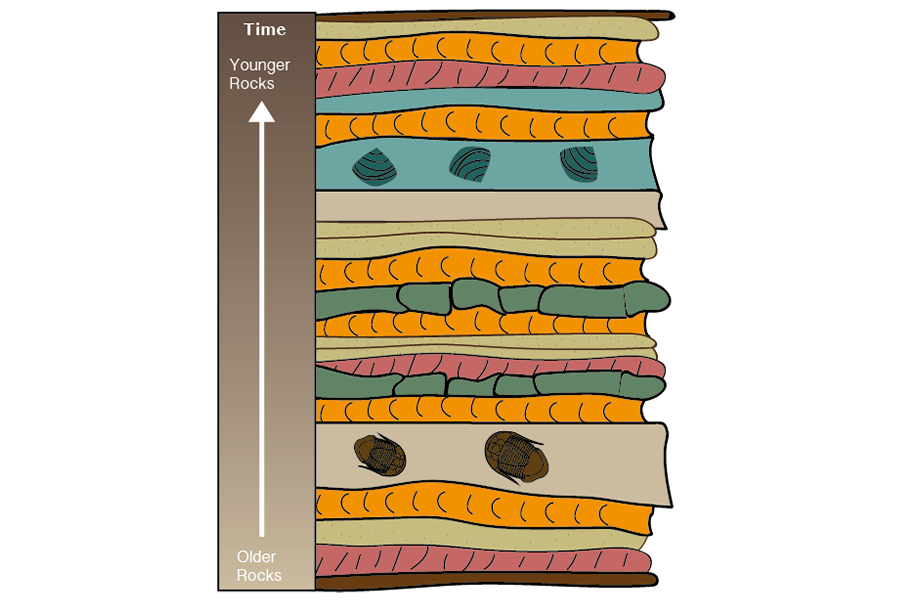 When organisms die, they soon decompose. The hard parts of animals such as shells, teeth and bones are more resilient, and there is a chance that under specific conditions they will become preserved and incorporated into rocks. In the case of soft bodied organisms, the chances of being preserved as impressions are quite slim but some preservations do occur. The remains or traces of organisms in rocks are called fossils. Since these fossils are embedded within the rocks, the latter can be dated, and this gives us an indication of the geological age of the fossil.

Radiometric dating is the method that assesses the chemistry of rocks, and scientists use this method to determine the age of particular rocks, and the fossils contained therein.

There are many gaps in our understanding of the fossil record since not everything that ever lived is preserved as a fossil. This is because very special circumstances are needed for fossils to form, and, in addition, the rocks themselves have to endure erosion and other geological processes.

Furthermore, not all rocks are accessible. Often paleontologists only become aware of fossils by chance when roads or buildings are being constructed (you will hear about one such example from Rob Gess in week two), or when they actively go out to good rock exposures to search for fossils. Thus, as more people discover fossils, our knowledge of the fossil record is continually enhanced.

The oldest rocks in South Africa are found near Barberton and have been dated to 3.5 billion years ago. This is 300 to 400 million years younger than rocks found in Greenland and Canada.

You can read more about the oldest rocks in South Africa.

There have been even more recent fossil discoveries which shed further light on the origins of life.

We have provided further reading below if you are interested in knowing more about telling the age of the earth from rocks.