Life during the Permian

We sketch out key features of life just before the third mass extinction event. 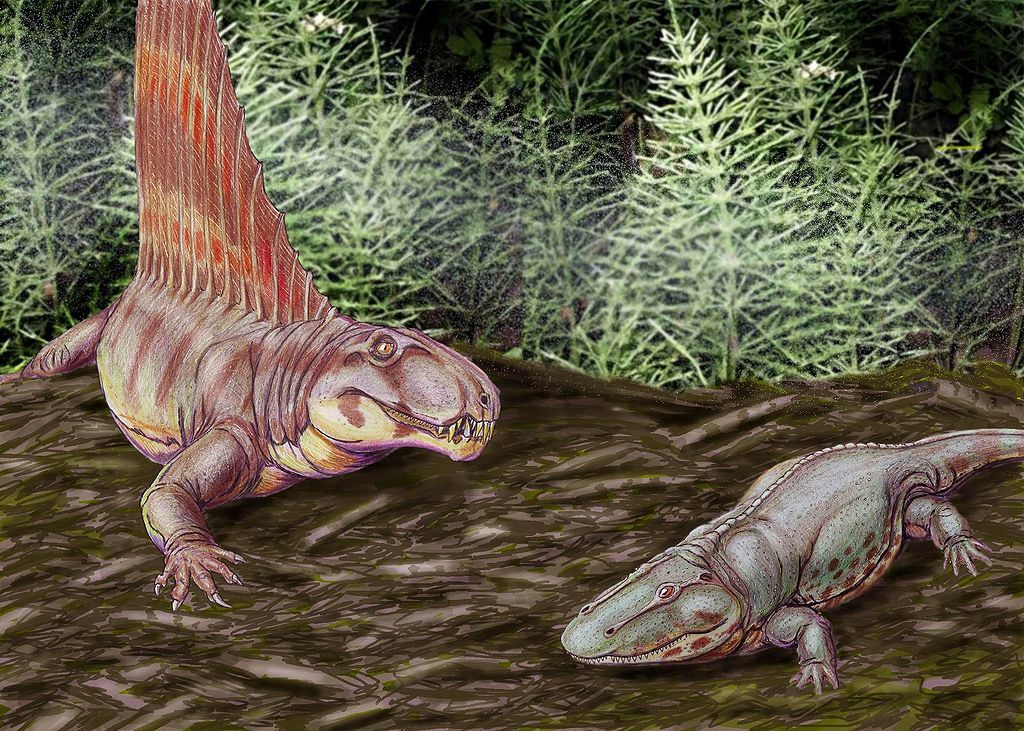 Just before the great End Permian extinction event, the world was dominated by a supercontinent (Pangaea) surrounded by a global ocean called Panthalassa. The Permian period lasted from 299 to 251 million years ago.

Models recreating that time indicate that the interior regions of this vast continent were probably dry, with great seasonal fluctuations due to the lack of a moderating effect provided by nearby bodies of water.

Such climatic fluctuations instigated significant changes in the vegetation, which now included a diverse mix of plant groups including seed-bearing plants – conifers in the northern hemispheres and glossopterids in the South. In fact, the ancestors of today’s ginkgo trees and cycads also appeared during this period. The Permian period saw the development of a fully terrestrial (amniote) fauna and the appearance of the first large herbivores and carnivores. By far, the majority of animals in the Early Permian were pelycosaurs – the sail-backed reptiles – but, by the Late Permian, the massive pareiasaurs, and early synapsids were common (which included the large dinocephalians, and a diverse array of herbivorous dicynodonts, as well as, the carnivorous forms), and a host of generally medium to small diapsids.