How have megaquakes shaped our planet?

Read about how megaquakes caused significant changes to our planet over geological timescales.
© Cardiff University

When compared to the events in Week 1, even the largest megaquakes seem insignificant.

But their impact on the planet hasn’t been insignificant. Earthquakes are the mechanism by which tectonic plates move across the Earth’s surface.

The gradual stop and go motion of earthquakes moves plates at speeds of 2 to 5 centimeters per year. About the same rate as your fingernails grow. This means that over the average human lifetime, plates will have moved several metres only.

On geological timescales of millions to hundreds of millions of years, the plates will have moved thousands of kilometers. About 250 million years ago all the continents we know today were attached together and formed a single supercontinent, called Pangaea. 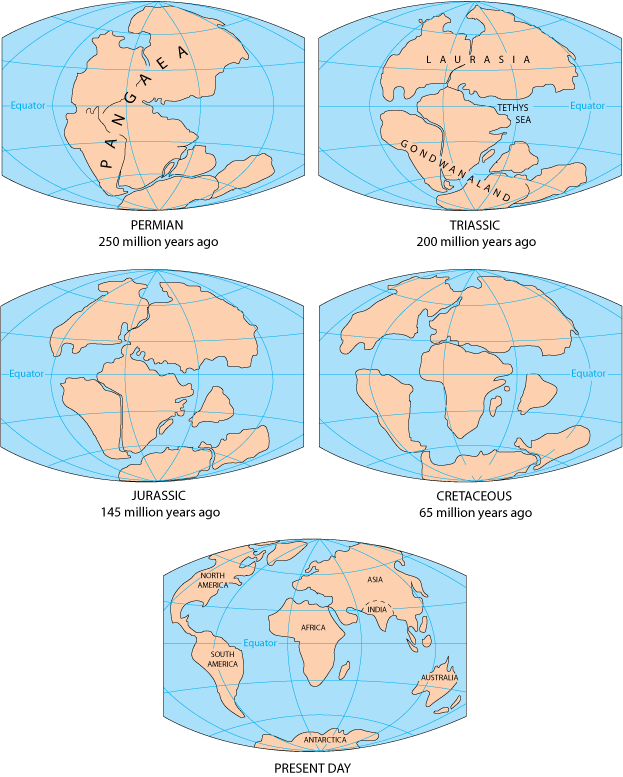 Over geological timescales the constant activity of earthquakes and more significantly megaquakes, brings continents together and tears others apart. This has an immense influence on the evolution of life.

Continents that are isolated for long periods of time such as Australia or Oceania develop entirely different fauna and flora than in other places.