Learning from past events

Read about the 1755 Lisbon earthquake helped develop human understanding of such events. 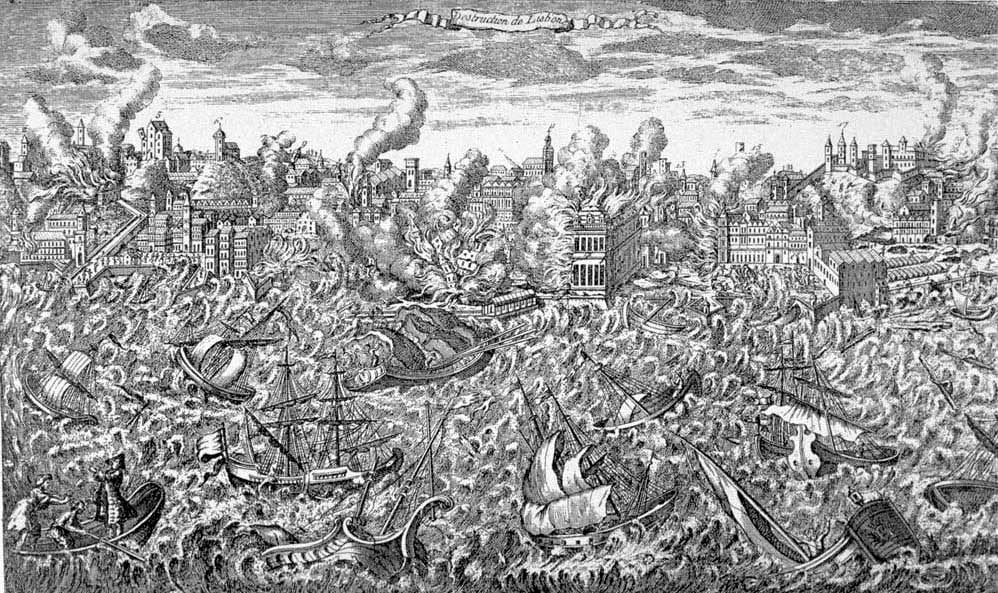 In this activity, we’ve looked at extreme events that occurred in the distant past, in some cases before humans were around to witness them.

How civilisations understood and described extreme events varies, vivid mythology sometimes has grounding in real historical events that have then been proved by scientists.

As well past extreme events highlighting to us how we assess the evidence for them occurring, they have also helped developed our understanding and methods.

One example of this is the 1755 Lisbon earthquake, Portugal. This was one of the most deadly historical earthquakes. It led to the deaths of thousands of people and almost completely destroyed Lisbon.

It predates modern measurement of earthquakes but seismologists have since estimated that it could have had a magnitude of between 8.5–9.0.

At the time, a widely held view of why earthquakes occurred was divine judgement and the theologians and philosophers of the time focused and speculated on the religious cause and message of the earthquake.

Following the 1755 earthquake the prime minister of Portugal ordered a query be sent to all parishes of the country regarding the earthquake and its effects.

The answers to these questions are still archived and have allowed modern scientists to reconstruct the event from a scientific perspective.

Because the prime minister was the first to attempt an objective scientific description of the broad causes and consequences of an earthquake, he is regarded as a forerunner of modern seismological scientists.

This event also led to the birth of the design of buildings with earthquakes in mind, or earthquake engineering.

Following the near destruction of Lisbon, the city was rebuilt and so called Pombaline buildings were constructed. These were some of the earliest seismically protected buildings in Europe.

Damage to buildings and infrastructure is one of the risks that earthquakes present. In the next activity, we’ll look at the hazard and risks that extreme events present to us.