Read about how megaquakes are a more frequent extreme event, and all the secondary hazards they present.
© Cardiff University

Megaquakes occur much more frequently than some of the other extreme events we’ve looked at.

In the last 15 years that have been several megaquakes recorded.

The destructive power of such an event does not come directly from the shaking, but the fact that the massive shaking can trigger a whole series of other hazards, referred to as secondary hazards.

The largest earthquake ever recorded had a magnitude 9.5 and occurred in Bio-Bio in Chile on the 22nd May 1960. It is known as the Valdivia earthquake. 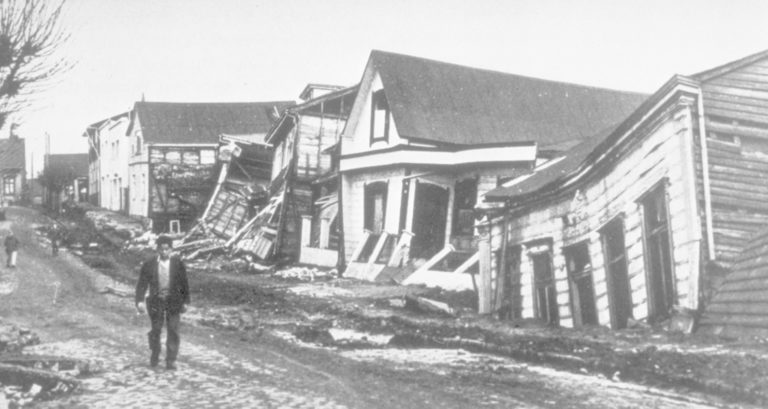 It occurred at a convergent plate boundary, where the Nazca plate and the South American plate meet.

The Nazca plate is being forced under the South American plate and a sudden breaking in the rocks across a 900 to 1,000 km stretch of the Nazca plate caused the earthquake.

It triggered tsunamis, floods, landslides, and building collapses. It even triggered a volcanic eruption.

On May 24, 1960 Volcan Puyehue erupted, sending ash and steam as high as 6,000 m. The eruption continued for several weeks.

All recorded megaquakes have triggered a tsunami, but triggering a volcanic eruption is quite rare.

It is often suggested that earthquakes and by extension megaquakes trigger volcanic eruptions.

Although, this is not impossible as demonstrated by the Valdivia megaquake, it is more improbable than commonly thought. Only 0.4% of explosive volcanic eruptions are actually triggered by earthquakes.