Magnitude and risk to human life

Read about and explore the relationship between the magnitude of a natural hazard and the number of fatalities associated with that hazard.
© Cardiff University

One of the major risks of extreme events is the loss of human lives or fatalities.

When looking at events in Sumatra and Alaska in the previous step we saw a disparity in the number of fatalities. This was despite the events being of a similar magnitude. One of the factors for this was the greater population density in Sumatra compared with Alaska.

When looking at these events, a simple hypothesis might be:

We can evaluate this hypothesis by looking at the number of fatalities related to earthquakes and volcanic eruptions.

This figure shows all recorded fatalities for earthquakes against the magnitude of the earthquake. The data is taken from the EM-DAT database. 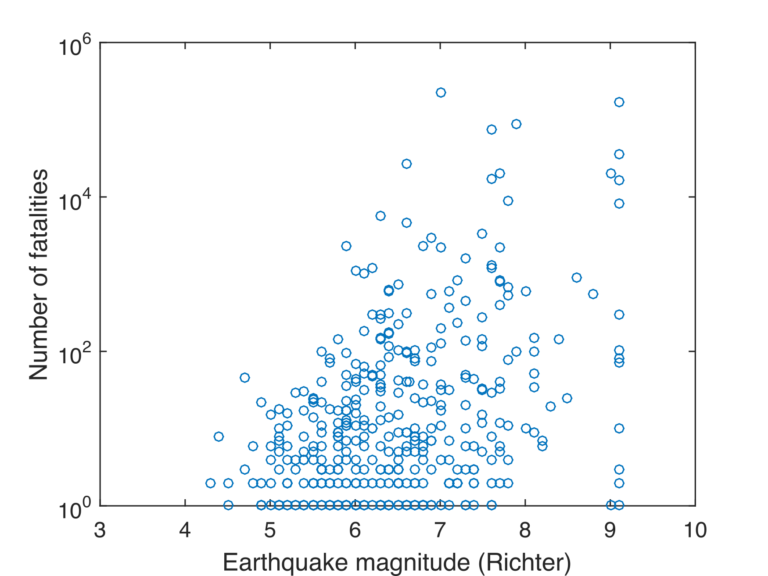 Note that the database uses the Richter scale to indicate the earthquake magnitude rather than the more common Moment magnitude, but it can be used for the same purpose here.

Let’s also plot some earthquakes on the figure that we’ve spoke about in the course. 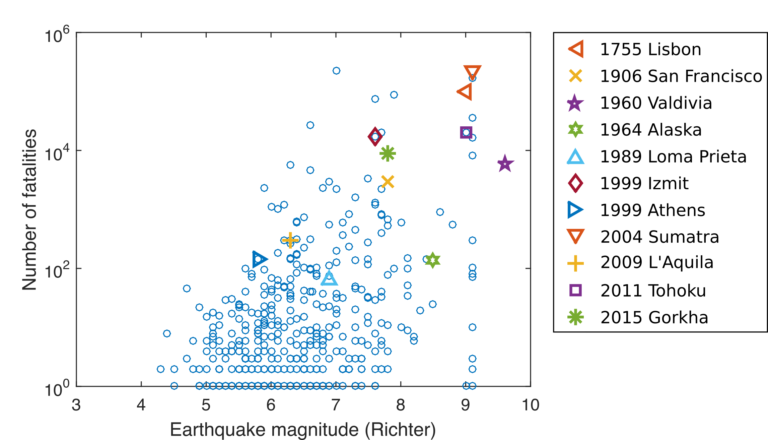 Similarly, we can explore our hypothesis for volcanic eruptions using the following figure. 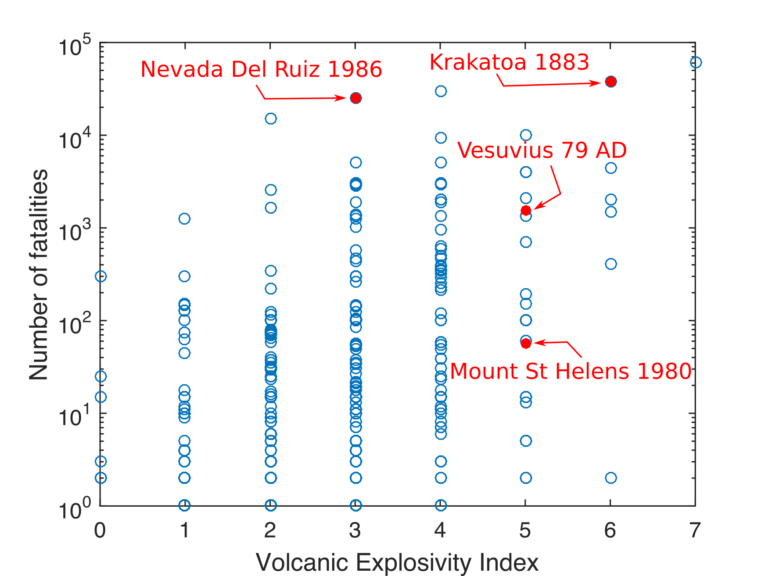 The data comes from the Volcanic Fatalities Database provided in the study of Brown et al. 2017.

Four eruptions that we have encountered during this course are highlighted on the figure. But the 2010 Eyjafjallajökull eruption had no known fatalities and the 1986 Lake Nyos disaster occurred without an eruption so are not included.

As we’ve seen the relationship between magnitude and risk to life isn’t straightforward. In the upcoming activity we’ll explore how we consider those relationships when preparing for future events.