Who are Australia’s First Peoples?

Read about Australia's First Peoples - who are they, where do they descend from and how diverse are the cultures, social and economic circumstances?
© Griffith University

Today’s First Peoples descend from the original inhabitants of Australia and the Torres Strait Islands.

Who descends from where?

The map below represents the language (or tribal or nation) groups of Indigenous people of Australia. 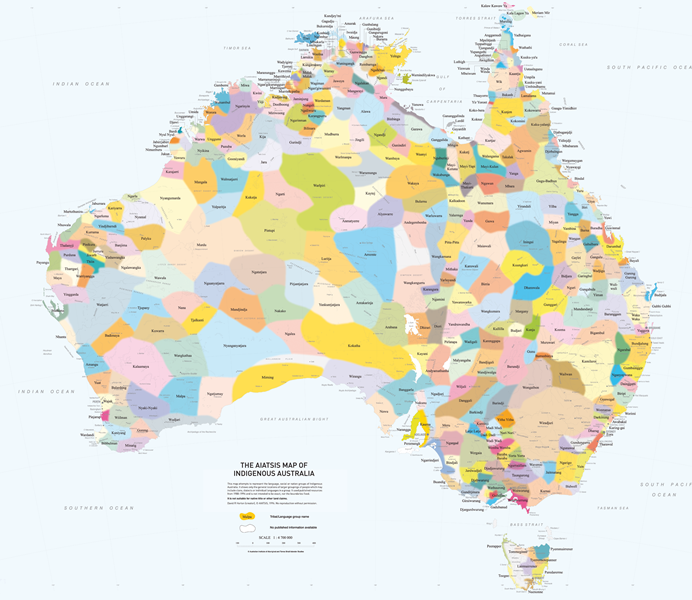 Being recognised as Aboriginal

While debates continues around the possibilities of DNA testing for Indigenous ancestry in Australia, the Commonwealth Government currently uses a three-pronged approach to identify an Aboriginal or Torres Strait Islander person. The defining components are: descent, self-identification and community recognition. From a government perspective, all three must be met for Aboriginality to be recognised.

However, as you’ll learn throughout the course, many Aboriginal Australian people identify themselves through the nation or language group they are from. Each of these groups has their own culture, beliefs, languages and practices that are passed on through generations. These impact deeply (and are connected to) each individual’s health and wellbeing.

There is more diversity than you may realise

More than half of Australia’s First Peoples live in cities and don’t fit stereotypes associated with those living in remote areas. It’s also important for you to know Aboriginal and Torres Strait Islander peoples do not define their Aboriginality by skin colour.

As at the 2016 census, 79% of First Peoples live in urban areas. This becomes problematic when much of the healthcare literature and assessment tools centre around rural populations. The Northern Territory is an exception and continues to have higher numbers (49%) of First Peoples living in rural communities, however the largest number overall live in New South Wales (ABS, 2016).

The economic, geographical and social circumstances vary greatly, so it’s important for you to leave your assumptions behind and discover each client as an individual.

How does knowledge of a client’s culture and values influence the way you provide care that is truly client centred? Join the discussion by posting your thoughts in the comments link below.

You may also be interested in learning more by visiting the web links listed in the ‘See also’ section below.