Glossary of terms that will be used in this course. 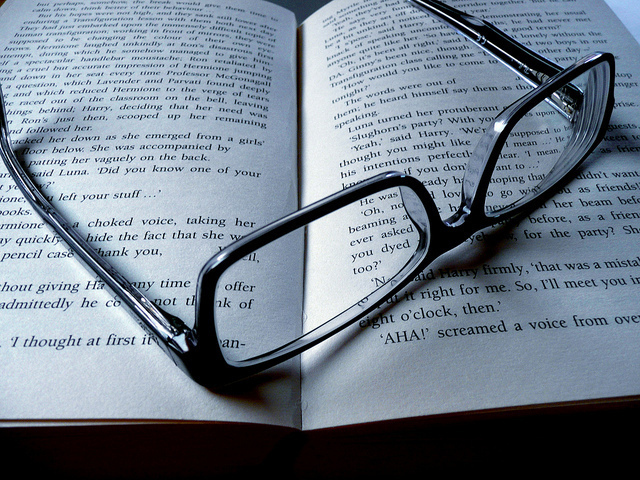 Here is a glossary of the terms that will be used in this course. It can also be downloaded as a pdf file from the link at the bottom of this step.

Are there any other terms you would like to be explained? If so, feel free to comment and the team will try our best to help.

Absorption spectrum: a representation of the amount of electromagnetic radiation absorbed by a sample, usually presented as intensity versus frequency (or wavelength) across a given range.

Arabica coffee (Coffea arabica, C. arabica): a species of the coffee plant, originally indigenous to Ethiopia and Yemen, now cultivated worldwide for its “beans” (actually the seed of the plant). C. arabica accounts for around 80% of the world’s coffee production. Green (unroasted) coffee beans are one of the most traded agricultural commodities.

Broadband: (as in broadband radiation, broadband source): refers to electromagnetic radiation that comprises a continuum of wavelengths across a wide range. For example, tungsten-halogen light bulbs emit across the visible and the near-infrared regions of the electromagnetic spectrum.

Caffeine: an alkaloid found in the seeds, nuts, or leaves of a number of plants. A stimulant, caffeine is the world’s most widely taken psychoactive drug, generally consumed in the form of the brewed drink coffee, which is prepared from the roasted “bean” of the Coffea plant.

C3 and C4: refers to two of the metabolic pathways for carbon fixation found in plants. The C3 pathway is found in the large majority of plants, especially those that thrive in moderate conditions with regards to temperature, sunlight and groundwater. In contrast, the C4 pathway is a later evolutionary adaptation that allows C4 plants to survive in hot and dry areas. The isotopic signature of C3 plants shows a higher degree of 13C depletion than that of C4 plants.

Diffraction grating: an optical component which splits or diffracts an incident light beam into a “fan” of outgoing radiation, with different wavelengths travelling in different directions. Gratings are thus dispersive components – similar to the familiar prism that splits a beam of white light into rainbow colours. The key physical feature of a grating is its periodic structure (ridges, rulings or dark lines) which are responsible for the diffraction effect. Gratings can be either transmissive or reflective, and are a common component of spectrometers.

Electromagnet: a magnet in which the magnetic field is generated by an electric current, usually flowing through of a large number of closely spaced turns of wire. The magnetic field disappears when the current is turned off.

Fatty acid: a carboxylic acid with a long aliphatic tail (chain), which may be saturated or unsaturated (containing one or more double bonds between carbon atoms).

Fatty acid composition: detailed breakdown of the proportions of different types of fatty acid attached to the glycerol backbone in a triglyceride sample.

Free induction decay (FID): In NMR, this is the sum of the signals emitted by spinning nuclei, as they return to their original state following exposure to a radio-frequency pulse. This time-varying signal is Fourier transformed to obtain the NMR spectrum.

Fourier transform infrared (FTIR): a type of spectroscopy (or spectrometer) that involves measuring a time-varying, broadband infrared radiation signal, encoded with spectral information about the sample. A mathematical function called a Fourier transform is used to convert this signal into the frequency domain, allowing the infrared spectra to be displayed along a frequency axis.

Infrared (IR): invisible electromagnetic radiation, with longer wavelengths than those of visible light, extending from the red edge of the visible spectrum at around 700 nanometers (the start of the “near-infrared” region) to around 1 mm (the “far-infrared”).

Isotope Ratio Mass Spectrometry (IRMS): a type of mass spectrometry for making very precise measurements of the relative abundance of different isotopes in a given sample.

Michelson interferometer: a device for carrying out interferometry; the key component in an FTIR spectrometer. A beam of radiation from a source is split into two by a beamsplitter. Each beam is reflected by a mirror, one of which is moving, back to the beamsplitter, where the amplitudes are recombined interferometrically. The mirror movement produces a frequency-dependent encoding within the detected, time-varying broadband signal; Fourier transformation of this signal produces the infrared spectrum.

Nuclear magnetic resonance (NMR): a physical phenomenon in which nuclei placed in a magnetic field absorb and re-emit electromagnetic radiation in the radio-frequency range.

Permanent magnet: an object made from a material (e.g. iron) that is magnetized and produces a persistent magnetic field.

Robusta coffee: the other main cultivated species of the coffee plant (after Arabica coffee, see above). Although C. robusta is easier to grow and produces a larger yield than C. arabica, its flavour is not as highly regarded. Its main uses are in blends and the production of instant coffee.

Stable Isotope and Trace Element (SITE) analysis: a specialization of isotope ratio mass spectrometry, where the aim is to measure stable (as opposed to radioactive) isotopes, and often the relative abundances of different naturally occurring isotopes of the same element; and trace elements, which are isotopes that are present in very low concentrations.

Tesla (T): the standard unit used to describe the strength of a magnetic field.

Triglyceride: an ester derived from glycerol and three fatty acids. Triglycerides are the main constituents (~95%w/w) of vegetable oils and animal fats. In naturally occurring triglycerides, the fatty acids are usually different from one another, and vary considerably (chain length, amount of unsaturation). Animal fats are typically more saturated than vegetable oils.

Wavenumbers: a type of frequency scale preferred by mid-infrared spectroscopists. Electromagnetic radiation frequency in Hertz is converted into wavenumbers through division by a constant value (the speed of light, expressed in cm/s) to give units for wavenumbers of cm-1. Strictly speaking, wavenumbers represent spatial frequency, i.e. wave cycles per unit distance.