Detecting the adulteration of honey with high fructose corn syrup

Read this article to learn how isotope ratio mass spectrometry has been used to develop an authentication method for honey. 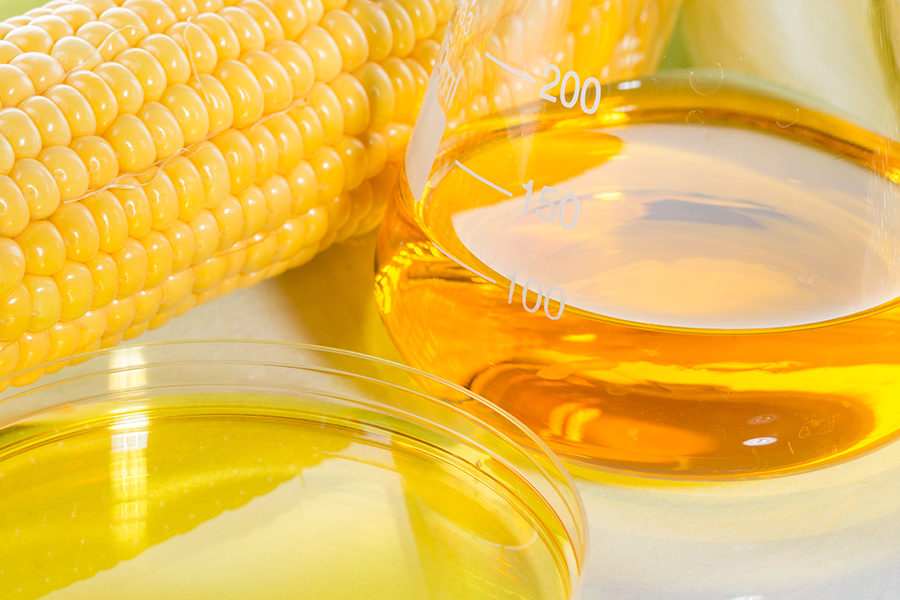 Honey is a relatively expensive food commodity. It consists mainly of the carbohydrates glucose and fructose in approximately equal amounts, with a total carbohydrate content of around 80g per 100g. Honey is vulnerable to extension with cheaper sources of sugar, in particular “high fructose corn syrup” (HFCS), a much lower value commodity which has a carbohydrate composition that closely resembles that of honey. It is difficult to detect this type of adulteration by simple measurement of chemical composition.

The nectar collected by bees to make honey is mostly derived from flowers that use the “C3” carbon fixation pathway. In contrast, corn is a “C4” plant. These different metabolic pathways lead to a difference in the ratio of 13C to 12C present in the two plant types. This raises the possibility of detecting adulteration of honey with HFCS by using isotope ratio mass spectrometry (IRMS) to measure the carbon isotopic signature of the sample. The ratio 13C/12C is referred to as δ13C‰ (pronounced “delta-thirteen-cee”), and it is generally a negative number indicating the depletion in parts per thousand of 13C compared with 12C.

In a 1978 study [1], White and Doner measured the δ13C‰ values of a collection of US honeys and found that the average value was -25.4 . They also measured a large number of HFCS samples, and these had an average value of -9.7. Furthermore, they showed that there was a linear relationship between δ13C‰ values and the adulterant content of honey samples that had been extended with different amounts of HFCS. However, the wide range of δ13C‰ values obtained from authentic honeys overlapped to some extent those of the adulterated samples. Consequently, it was suggested that samples with δ13C‰ values between -23.4 and -21.5 could not be definitively classified as authentic or adulterated without additional chemical tests.

In 1986 [2], Burroughs and Otlet measured the δ13C‰ values of a range of authentic UK honeys. The average value was found to be -25.5, which is very similar to that of US honeys. In fact, no significant relationship was observed between the δ13C‰ values and the location of origin or the plant species from which the nectar was derived. A δ13C‰ value of -23 was suggested as a useful boundary between authentic and adulterated samples, able to detect honeys with typically depleted 13C contents adulterated with ~15% or more of HFCS. However, the authors also acknowledge that natural variation will cause some authentic honeys to be falsely rejected using this criterion. It was also recognised that the adulteration of honey with hydrolysed beet sugar would go undetected by the stable isotope method, since the beet plant uses the C3 pathway to photosynthesise CO2.

To improve the sensitivity with which adulterated honeys could be detected by carbon isotope analysis, White and Winters [3] developed an internal standardisation technique based on measuring the δ13C‰ values of the protein fraction, which is found in the tiny amounts of pollen present in honey. The average difference between the whole honey and the protein fraction was found to be very small in authentic honeys. White and Winters proposed that a difference of 1.0 unit between the carbon isotope signature values of the whole honey and the protein fraction should be adopted as the limit for deciding that a test sample was adulterated, equivalent to a detection limit of approximately 7% of cane or corn syrup addition.