This article looks at the role played by football to assist with the settlement and experience of refugees. 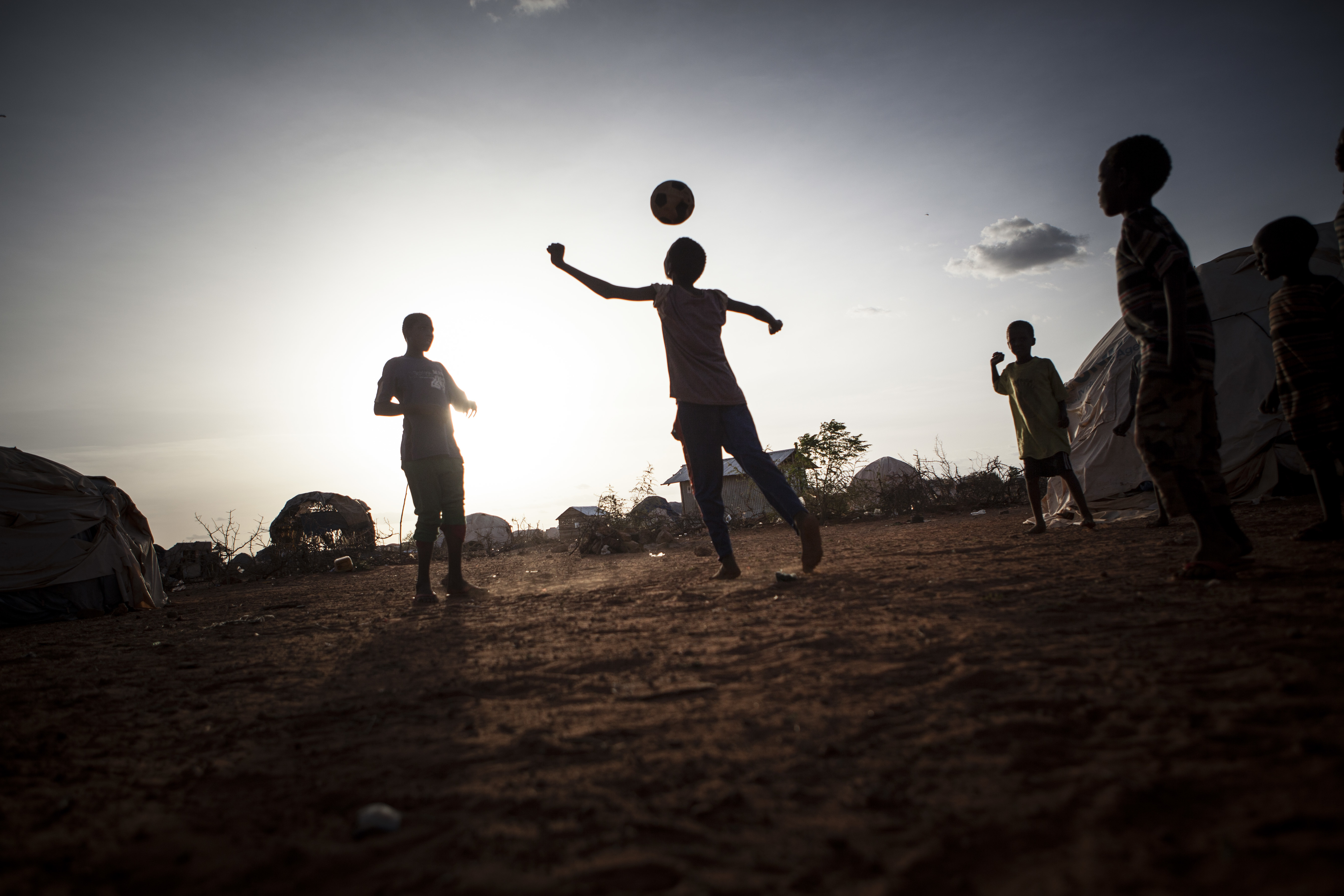 According to the UNHCR, there are now almost 60 million refugees seeking shelter and safety across the world. Many of these refugees are fleeing war and persecution in the Middle East, North Africa and the Horn of Africa.

Football resources and popular support within society holds a potentially unique position to foster positive action on the issue.

In 2015, as the effects of the refugee crisis reached Southern and Eastern Europe – subsequently attracting the attention of Europe’s media – many commentators noted the unified voice of the football community calling for the recognition of these events as an ongoing humanitarian crisis.

In May 2015, 2,000 Rohingya refugees were rescued off the coast of Sumatra, Indonesia. Programmes such as Football for Humanity (Football4humanity) became part of a holistic approach adopted by the Acan Province Government and Indonesia.

But can football really contribute to a solution for refugees? Below is a selection of examples where football is acting to tackle the effects of the crisis:

Professional football and the refugee crisis

The German football club Bayern Munich, quickly followed by the city of Munich, led the pledge of support for refugees as fans across Europe were seen unfurling “Refugees welcome” banners.

“FC Bayern München will play an active part in meeting the challenge and, working closely with the city of Munich and state of Bavaria, contribute financial, material and practical help” – FC Bayern president Karl-Hopfner.

The club has since pledged to create a refugee ‘training camp’ providing German language classes, food and vital equipment, alongside a cash donation of €1 million from a friendly match to be donated to refugee projects. The club’s charity foundation, FC Bayern Hilfe eV, has also been called into action to support refugee children and their families.
Bayern Munich is just one example of a professional club mobilising resources to help address this issue.
Can you find examples of other clubs doing the same in your country or community?

There are a number of grassroots organisations using football as a means to promote social inclusion for newly arrived refugees. Examples include Football United in Australia and Leipzig United F.C. in Germany amongst many others.
The key to success for these teams is the integration of other important community services including counselling, housing and education services. In this case, football once again acts as a ‘hook’ for these young people, enabling them to spend their free time in a safe environment.
Delivered effectively, these programmes provide a vital opportunity to coordinate the efforts of these young people’s integration into society by providing opportunities for bridging and linking capital.

The use of football in refugee camps and countries of transition

Of course, the use of football in Europe is only half of the story; the vast majority of displaced individuals are in a place of transition either within formal refugee camps, or more likely urgently accommodated amongst the communities of various neighbouring countries.
Jordan is one such country that is under considerable societal pressure as a result of hosting refugees from Syria. Football and sport more generally has been offered as a potential tool to alleviate these circumstances, but the use of sport in places like Jordan does not come without unique challenges.
Notably, given the immediate needs of many refugee populations, sport elements are often afforded a low priority; given the growing funding restraints of this crisis, this is unlikely to change in the near future.
This has seen a movement towards mainstream development organisations partnering with sport for development and peace (SDP) organisations and various governing bodies to deliver sport and development programmes.
For example, in Zaatari camp, the Jordan Football Association in partnership with the Asian Football Development Project (AFDP) and UEFA have built a football league system for both girls and boys, following the construction of football facilities at the camp largely by the Norway Football Association.
As AFDP board member Merissa Khurma states, the ten football pitches around Zaatari camp are providing a safe space for children to simply be children:

“We hope through football, which is the world’s most popular sport, we can give them [Syrian children] a little hope. We can see smiles on their faces, we can hear their cheers and we can [feel] perhaps some sense of community and togetherness, and that’s the essence of sports.”

Sustainable support is the key to positive outcomes. But does the football community have an appetite for such a promise?

In late October 2015, Beyond Sport, in partnership with UNICEF, brought together key development and humanitarian organisations and high level sport organisations and federations to discuss how sport can contribute to the ongoing refugee crisis.

The result of this meeting has been the establishment of the Refugee Sport Initiative which is bringing together organisations like UNICEF, UNHCR, DFID, The IOC and Arsenal FC with the intention to integrate sport into the wider humanitarian response.

The question to ask is how football can sustainably contribute to supporting and alleviating the injustices of life as a refugee or member of another displaced population in two key areas:

With the establishment of this initiative, football and sport more generally will continue to have a part to play with refugee, displaced persons and other populations.

Whether these initial financial promises and efforts made by the football community are maintained into the long term however, is a question as yet unanswered.