Forensic Archaeology: How to Find a Body

Finding the grave-site is the first critical step in forensic investigations. Read about several methods used to locate bodies. 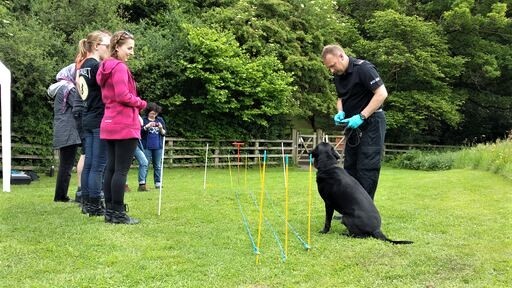 Currently around the world there are millions of individuals who have gone missing in regions of conflict and whose fate is unknown. A large number of these individuals are thought to be deceased and their bodies buried in unmarked graves. Locating these graves can be challenging.

The first stage in locating grave sites within a forensic setting is to perform an intelligence-gathering exercise. This will take different forms depending on whether you’re looking for an individual body as a result of suspected homicide, or multiple bodies killed in a region of conflict. In post-conflict regions, authorities may hold records and information relating to the location of bodies buried in either single or mass graves. In such instances, there is usually also local knowledge regarding burial locations. Witness testimony has been crucial in the location of the missing around the world. However, witnesses may not always want to provide such information to forensic investigators. Particularly if they feel at risk of criminal involvement, or lack trust in the investigating authorities due to political tensions. In such instances, it’s essential, therefore, to build trust and remove the risk of recrimination.

In a disappearance or homicide case, police will gather information from witnesses as well as other relevant data to help narrow the search for an individual. If intelligence-gathering leads to general rather than a specific location, there are a series of techniques to help refine the search area as follows.

Examine the likely locations of grave sites online using programmes such as Google Earth and ordnance survey maps. The location of grave sites will take into account factors such as topography, vegetation, soil type, and access. For example, research on the location of victims from the Spanish Civil war graves has highlighted a pattern of burial between 1 to 10km from the place they were detained and almost always within 100 metres of a principal road (Salado Puerto and Tuller 2017). It is not easy to move a dead body far without some form of vehicle.

Once likely locations have been identified, large areas can be quickly surveyed from the air. An aerial perspective is important for providing a clear view of changes in vegetation that may indicate the presence of a grave. The use of drones is recommended today, but the exploration of satellite images/Google Earth has also been used to identify grave sites, for example with the Satellite Sentinel Project. Comparison of historical survey images with recent ones can be useful for identifying possible grave sites.

This has been extensively tested in forensic investigations. It is based on the interaction between the sun’s radiation and features on the earth, which reflect or absorb light in different ways. Multi-sensors can analyse the infra-red, ultraviolet and thermal signals emitted to detect anomalies.

Field-walking is a long-established tool for locating archaeological sites and is also useful for forensic contexts. Field-walking should proceed in a systematic way and can be useful for identifying likely areas of grave sites due to changes in vegetation/topography and associated material remains. If bodies are buried in the ground and the soil replaced, there tends to be disturbance over the grave because of the addition of the body. This can lead to changes in vegetation over the grave, or changes in topography (surface height). When a body is placed in a grave and the soil removed from the grave cut placed on top, it creates a mound that is higher than the surrounding area because of the presence of the body. This may make the grave visible. If the perpetrator attempts to conceal surface anomalies by spreading some of the grave soil elsewhere, when the body decomposes the surface level will sink into the grave. This also then becomes visible as an anomaly.

Field-walking as a survey method for identifying the location of mass graves has been employed in a variety of countries (e.g. Chile and the Balkans). Health and safety should be considered here when undertaking such surveys in post-conflict regions; for example, in the Balkans, there was a suspicion that incendiary devices were present within and in the vicinity of mass graves. Here, explosive detecting dogs were used to first survey an area. 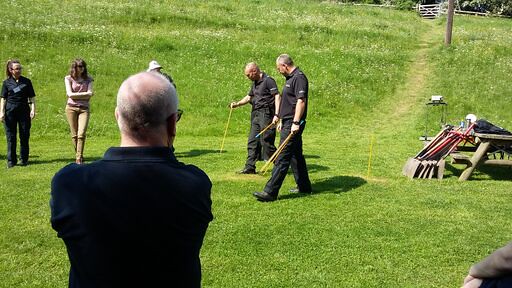 Specially trained cadaver dogs have been usefully employed to locate bodies for many decades. Usually a likely area is first augured (i.e. the ground penetrated to release odours). The dogs can detect bodies many months after death. Trained cadaver dogs can identify mass graves even many years after burial. The Durham police dog unit were able to detect spots of blood on a door that had subsequently been painted over. They are remarkable creatures! Whilst cadaver dogs have long been used to search for human remains, it is only recently that there has been research into the following key questions:

The latter is likely to vary widely depending on the speed of decomposition and burial conditions. 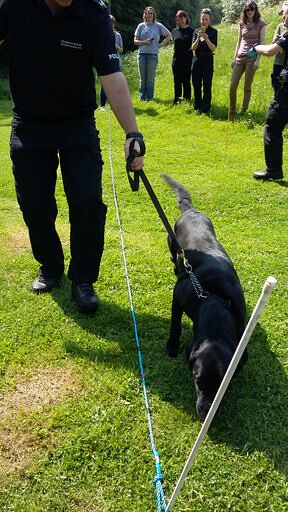 A cadaver dog and trainer inspect an area of ground.

This refers to a variety of non-destructive techniques used to survey an area with the aim of detecting sub-surface anomalies.

The optimum way of proceeding in any search for grave-sites is to use multiple techniques together, as each of them contribute slightly different information. Have you heard of these techniques before? Are any of them new to you?