Trauma occurring at around the time of death is of great interest to the forensic anthropologist. Here, Dr Rebecca Gowland discusses several types. 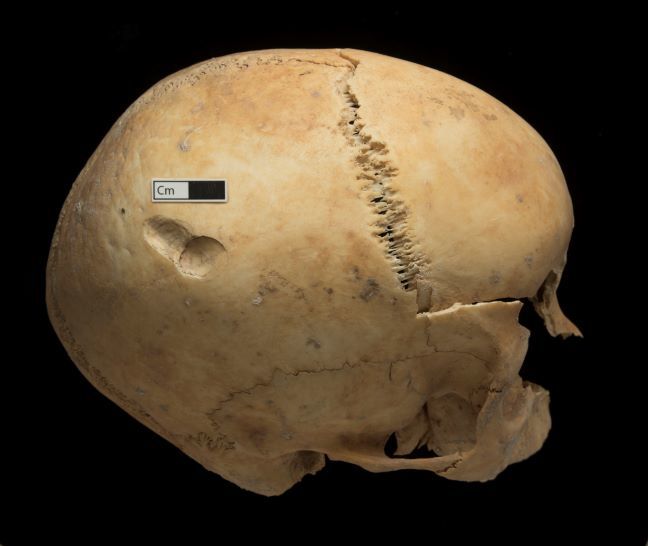 Trauma occurring at around the time of death is of great interest to forensic anthropologists. Traumatic injuries to the skeleton are categorised into three broad types, including blunt force trauma, sharp force trauma and projectile trauma. The defining characteristics of each type of trauma are discussed below. 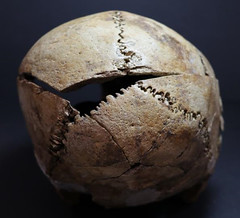 Massive sharp force trauma to the back of the skull. 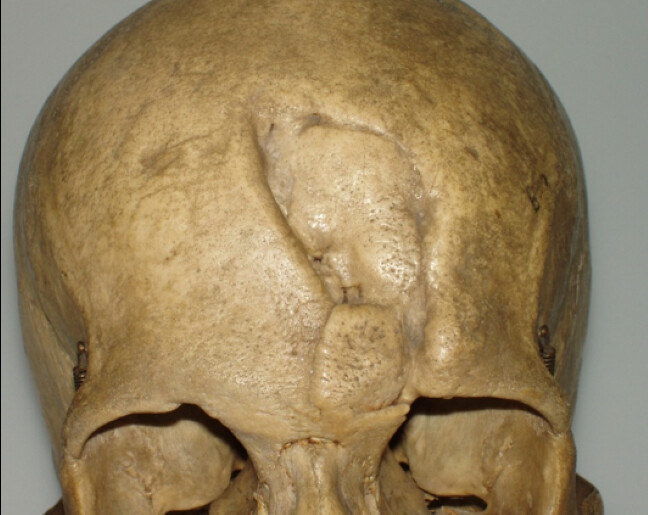 Ante-mortem trauma to the skull that has undergone substantial healing. 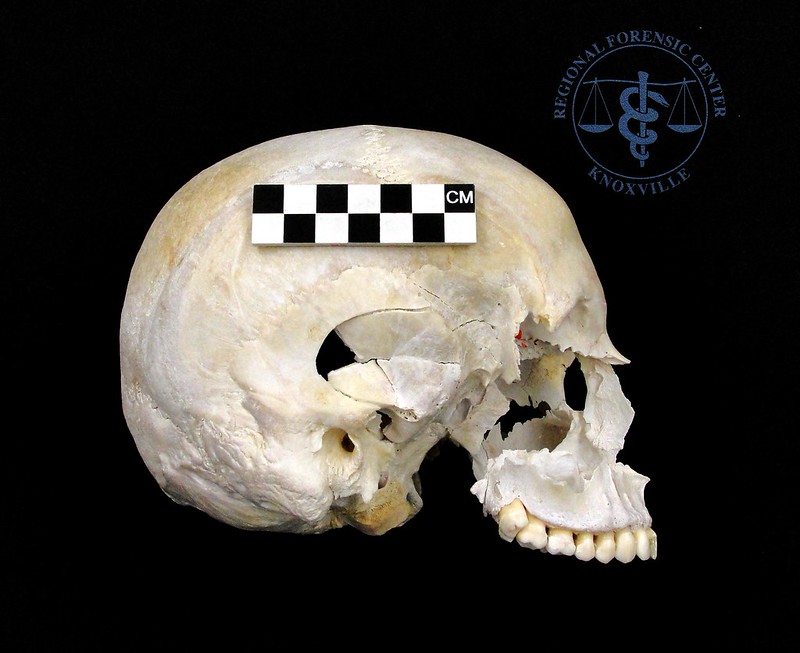 A skull from the Regional Forensic Center of Knoxville, showing the concentric fracture lines associated with blunt force trauma.

This describes the rapid application of force to a small surface area and often refers to gunshot trauma. 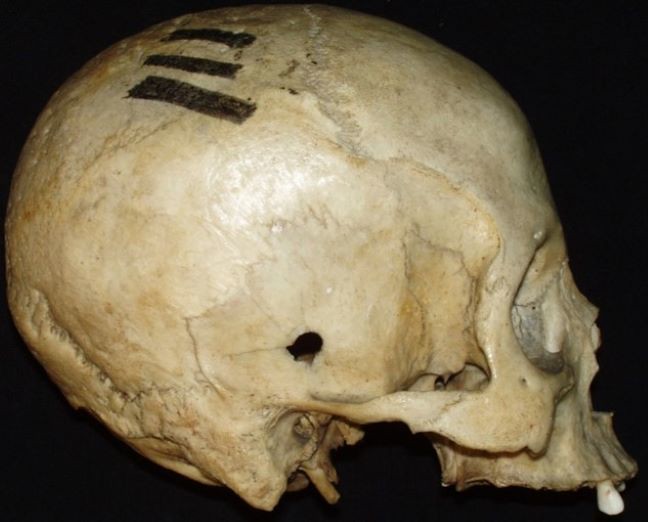 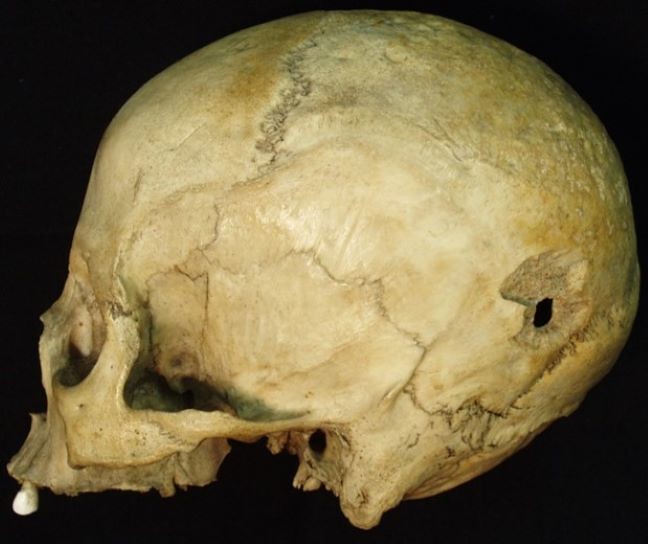 An exit wound caused by high-velocity projectile trauma. Note that the injury is larger than the entrance wound and has produced bevelling on the outer surface of the skull.

Forensic anthropologists can provide opinions regarding skeletal injuries based on patterns of trauma observed. As well as the type of trauma, it is also important to consider the location of the trauma on the skeleton. This can help determine whether the injury occurred from an accident or as a result of violence from another person. For example, injuries to the left side of the skull or face are more often produced from a face-to-face attack from a right-handed aggressor. The forensic anthropologist does not determine the cause of death or the manner to death (the way someone died), as this is the responsibility of the medico-legal authorities.

Now that you’ve learned a bit about the various types of trauma, practice some of your new skills with the 3D models provided below in the ‘SEE ALSO’ section. Then confer with your colleagues in the discussion.