How do we use stable isotope evidence to look at the geographic movement of people? Prof Janet Montgomery discusses the latest research. 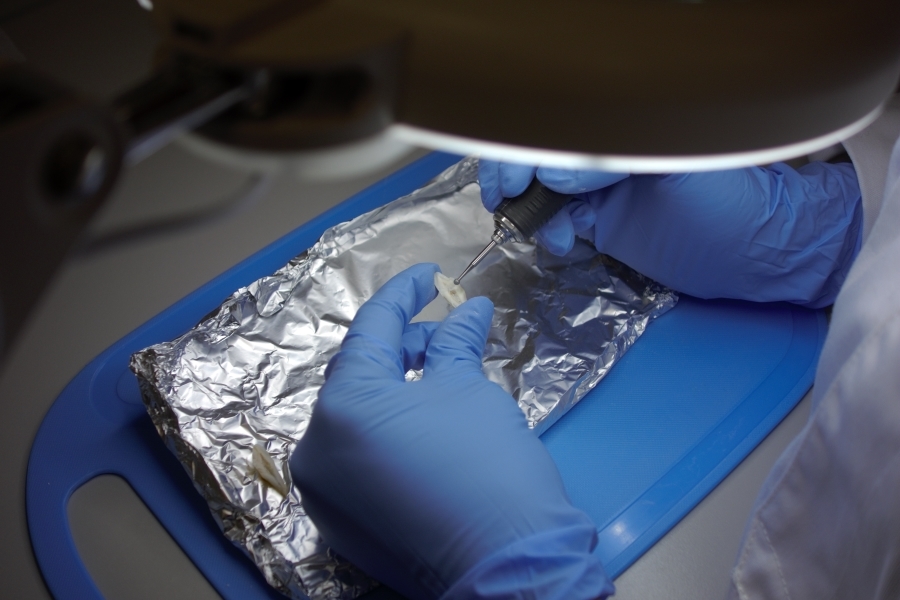 You are where you eat

Isotope analyses of strontium (87Sr/86Sr), oxygen (δ18O), and lead (Pb – various ratios) can provide information on the movements of past populations by identifying individuals who have different isotopic compositions to the geographic area in which they were found. Currently strontium and oxygen are the most widely used isotope systems in bioarchaeological studies exploring where someone was from.

Strontium has four stable isotopes, all of which occur naturally in a large variety of rocks and mineral deposits. Over time, the erosion of rocks and minerals facilitates the movement of strontium into the surrounding soils where they are incorporated into local water systems, food chains and ultimately human skeletal tissues. Assuming that the majority of a person’s food and drink is sourced locally, the strontium isotope composition in human skeletal material should then reflect the bioavailable strontium isotope ratios in their region of origin. By comparing strontium isotope ratios from teeth or bone with maps (isoscapes) showing the expected geological isotope ratio ranges for a given region, it is possible to identify people that have migrated to a new area during their lifetime.

We tested a large number of skeletons from Roman London for strontium isotope values and strontium concentrations in the teeth. If you take a look at the scattergram below, each marker represents a single individual. You will notice that the majority of individuals have values consistent with what would be expected for Roman London. However, there are four outliers. One of these, the purple dot, is a child aged 8 years, who was buried on a bed of chalk, in a wooden coffin and with four bronze bracelets. She had moved to London during her short life from elsewhere. When we examined her lead values together with the strontium, they indicated that she had most likely come from Germany. Another clear outlier to the far right of the scattergram is SRP98-245. This individual has values consistent with Rome. 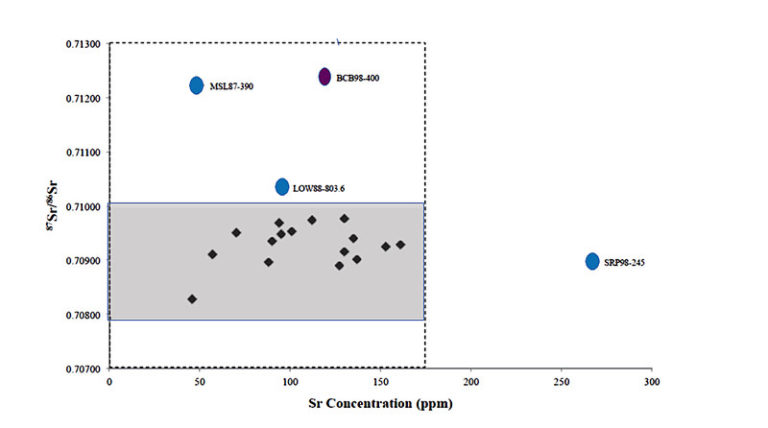 As with strontium, lead isotope ratios also vary with respect to regional geology, and are incorporated into human tissues via diet (in preindustrial societies). However, populations that exploited lead, such as the Romans, tend to have lead isotope ratios that reflect the ore sources being used in their local environment and culture. In places such as Britain, anthropogenic lead exposure tends to be accompanied by a significant narrowing of lead isotope ratio ranges in a given population. Therefore, any ratios that don’t align, stand out from what would be considered the norm for the population, allowing for relatively easy identification of migrants in Roman and subsequent populations.

Oxygen isotope ratios are also commonly employed to assess the geographic origins of people and animals in bioarchaeological studies. The isotopic composition of oxygen fluctuates due to climatic and environmental variables such as temperature, rainfall, altitude and latitude. Therefore, because the primary source of oxygen in bones and teeth has been shown to be drinking water, oxygen isotopes measured in human or animal tissues are an indirect reflection of the local meteoric water composition. However, as with carbon and nitrogen, oxygen also undergoes metabolic fractionation once ingested. Therefore, values measured in the skeleton have to be converted using an equation before they can be compared to isoscape maps of modern drinking water values to provide information pertaining to childhood origin and palaeo-climate. However, it is important to bear in mind that oxygen isotopes can be influenced by culturally mediated behaviours. If a significant proportion of an individual’s drinking water was processed before ingestion (boiled, brewed etc.), a higher than expected oxygen isotope ratio for the geographical region in question would be obtained. 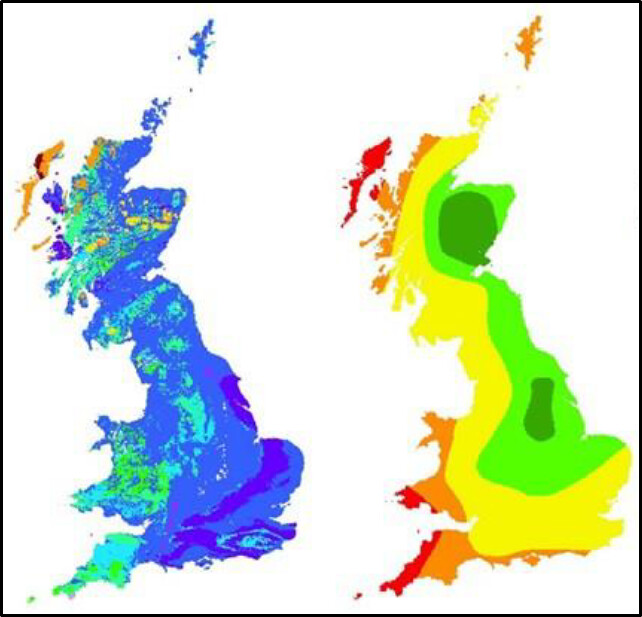 The development of isotope analyses in bioarchaeological studies has led to an emphasis on employing multiple isotope systems in an attempt to obtain a higher resolution in the possible geographical origins of individuals analysed. Over the past decade, the growing number of studies applying a multi-isotope approach has demonstrated its improved ability to identify non-locals in archaeological populations. Where one isotope system tends to identify multiple geographic areas of possible origin because isotope ratios rule out places of origin, i.e. it is an exclusive technique, the utilisation of additional isotopes systems can significantly narrow down the potential places of origin. This is because each isotope system reflects a particular discrete and independent variable, whether that be dietary, climatic or geological, and the combined geographical differences in these variables can facilitate greater regional discrimination.

Have you moved countries over your lifetime, or even moved some distance within a single country? If so, it is likely that we can detect some of these changes in your bones and teeth. Please add comments to the section below.

Isotopic analyses can also be applied to forensic analyses. See the case study in the next step to find out more.