How is DNA useful in human identification from conflicts, mass disasters, etc.? Read this article to find out! 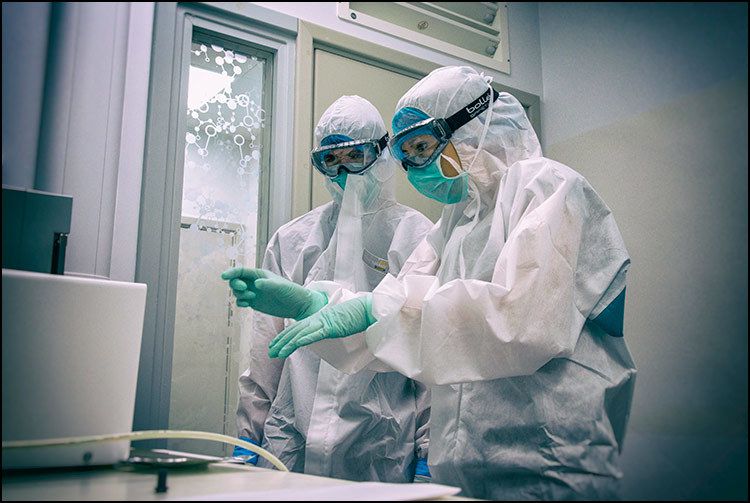 With the exception of monozygotic (identical) twins, the genetic information of a person is unique and can, therefore, be used for human identification in conflicts, mass disasters or crime scene investigations.

As DNA is inherited from the parents, it can also be used to establish familial links. For example, in paternity, maternity or siblingship testing.

When using DNA to establish the identity of a body, it is essential that a biological sample or genetic profile of the missing person is available for direct comparison (see next step for more on this topic).

The basics of how DNA matching is done

Not all of our DNA is different, in fact, most of our DNA (approximately 99%) is identical to other human beings.

The simplest level of variability within the DNA is the change of single nucleotides, either in the form of mutations or Single Nucleotide Polymorphisms (SNPs). These changes can consist of:

A different level of variability can be found in the number of repetitions of a particular short DNA sequence, normally 2-5bp (base-pair) long. This type of polymorphism can be identified as Microsatellite, Length Polymorphism or Short Tandem Repeats (STRs), as the variability consists of the number of repeats present in each DNA sequence. The location in the genome of a STR or a SNP is usually referred to as ‘locus’ (singular) or ‘loci’ (plural).

The combined information of these STRs (STR profile) provides a unique signature or ‘DNA fingerprint’, which is only shared between identical twins. Therefore, if the full STR DNA profiles of two samples are identical or ‘match’, it can be concluded that these two samples have the same origin or, in other words, that they belong to the same person. This can be useful in different forensic scenarios. In crime scene investigations, a biological sample of unknown origin found at the crime scene is genotyped and directly compared against reference samples, which could be biological samples taken from suspects or genetic profiles stored in a database of offenders, for example. 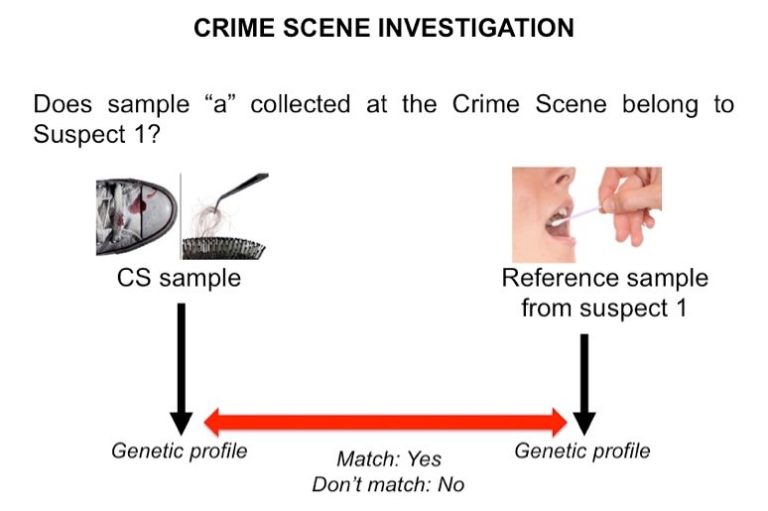 In the case of missing persons, when an unidentified corpse is found, a biological sample from the corpse is taken and a genetic profile recovered. This is then compared against:

In the case of possible family members, we will not be looking for a match but for a compatible pattern of inheritance, which will vary depending on the available family members and the type of DNA studied (nDNA, Y Chromosome or mtDNA).

In the example below individuals 1 and 7 are both males and are expected to share the same Y chromosome. If autosomal STRs are used instead, individual 7 will share 1/4 of his genetic information with individual 1, so the genetic profile of all the individuals in the pedigree will be needed to achieve a meaningful comparison. 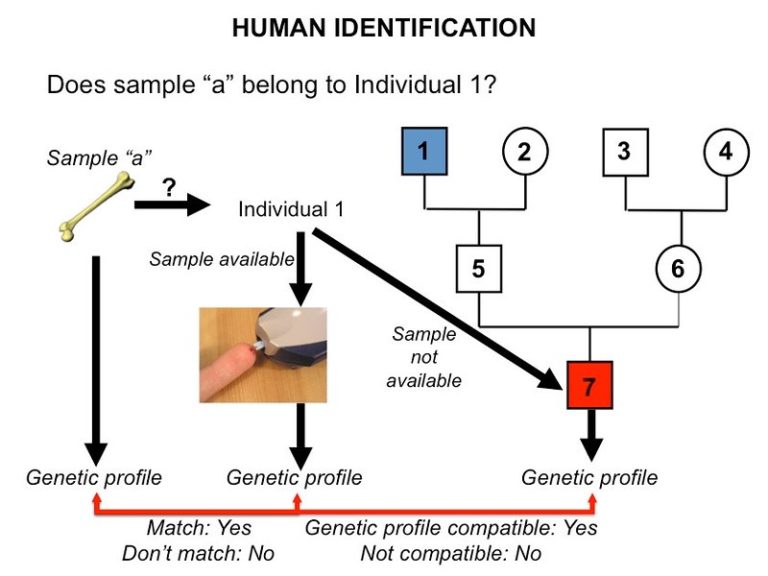 Next find out how DNA is sampled from different bones!