Find out more
Home / History / Archaeology / Forensic Archaeology and Anthropology / What Happens to Human Bodies When They Are Burned?

What Happens to Human Bodies When They Are Burned?

What happens to the human body when it is burned and how does burning affect the bone? Professor Tim Thompson discusses his recent research. 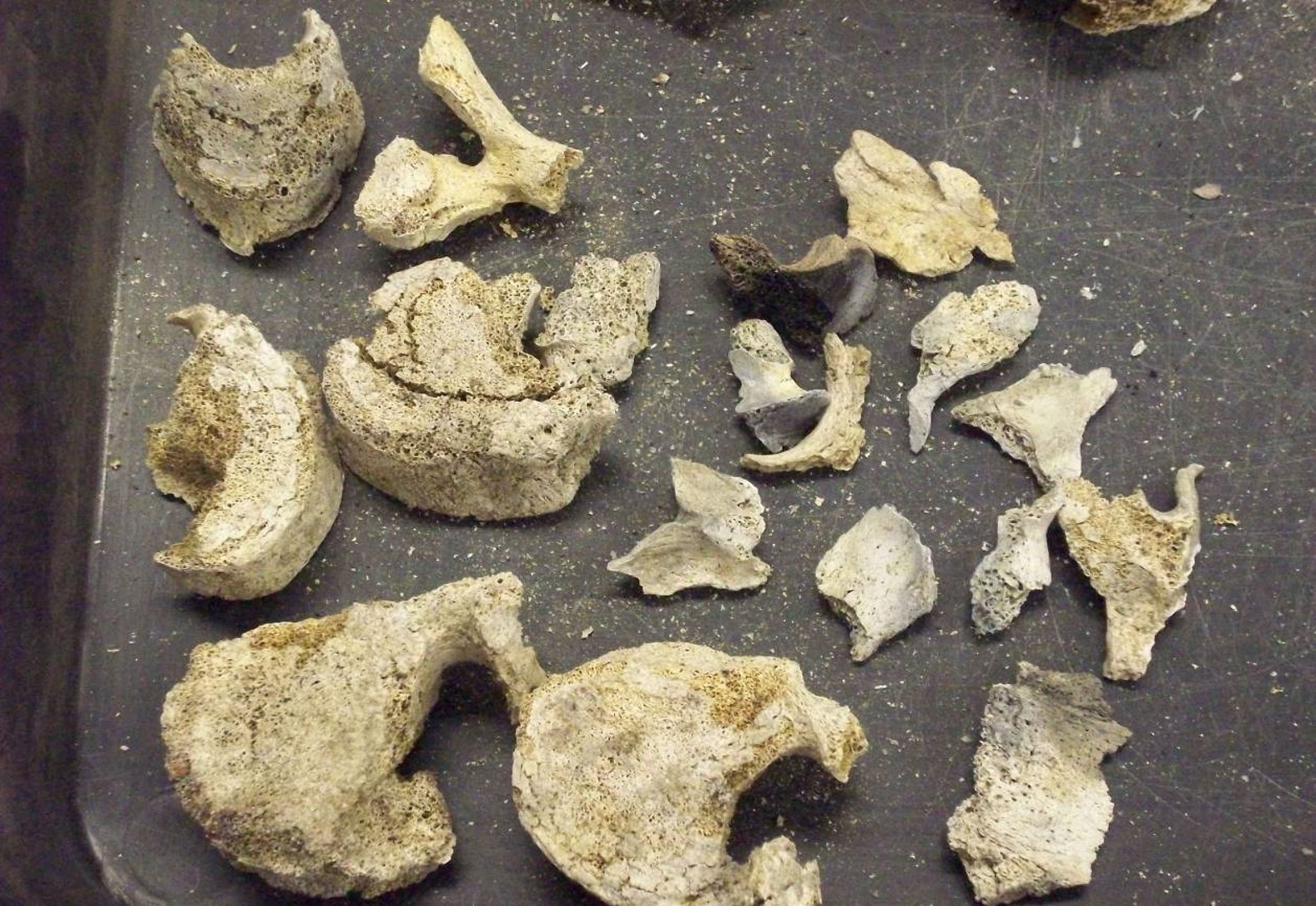 Fire is a very destructive force, capable of great damage. Burned human remains can be found in a range of situations, from archaeological funerary urns, to aeroplane crashes, to volcanic eruptions, to modern cremations. Despite this range of contexts, the actual impact on the body and bone (which we term ‘heat-induced changes’) are the same. In fact, in many ways the changes we see due to fire are the same as normal diagenesis over time – just a lot quicker. It is important to note that the skeleton does not ‘turn to ash’ upon burning. Even within modern crematoria, which burn efficiently and at high temperatures, the skeleton will survive. The skeletal remains are then raked from the cremator and the remains placed in a machine known as a cremulator, which grinds the bones into ash. This is because people don’t want to scatter recognisably human fragments of their loved ones. 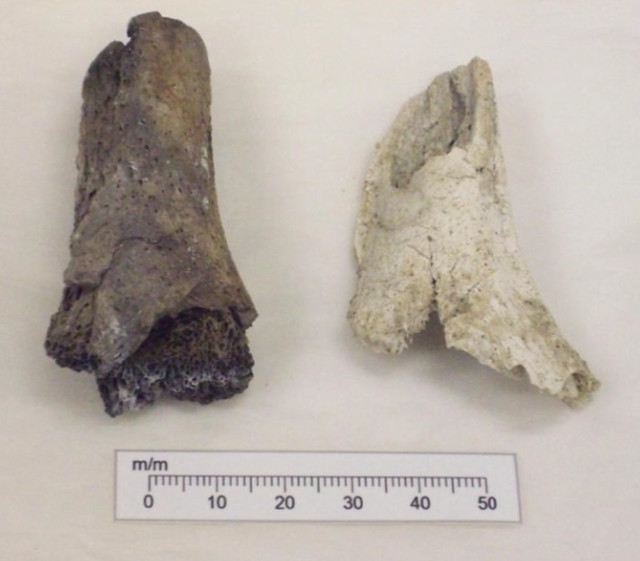 These four stages are not discrete phases – a given bone could be experiencing all four stages in different parts at the same time.

These stages result in a number of alterations to the bone structure and appearance. These can make it more difficult for anthropologists who are trying to use these burned remains to produce an osteoprofile.

The Dehydration and Decomposition stages cause an increase in porosity (small holes) in the bone, which leads to increased fracturing, fragmentation and breakage. This is why burned remains are often very fragmented.

The loss of the organic material also causes significant colour change. For many decades, anthropologists and archaeologists have tried to use colour change in burned bone as a way of predicting the temperature reached during burning. They then use this information to make inferences regarding the burning event. As bone burns, its colour moves from a natural creamy-brown state to dark grey to black to light grey and then pure white. The problem with using colour in this way is that it is not only temperature that influences colour change, but also the duration of burning, the oxygen levels, the amount of soft tissue and so on.

The Inversion and Fusion stages result in a reorganisation of the mineral structure of the bone, which leads to shrinkage, reduced porosity, increased crystallinity and a conversion to a more ceramic-like material. In fact, when bone is very well burned it becomes calcined and it can then feel and sound a bit like ceramic. So bone burned at a high intensity can actually preserve much better in the ground than bone burned at a low intensity because of this change to a more ceramic-type crystal structure. 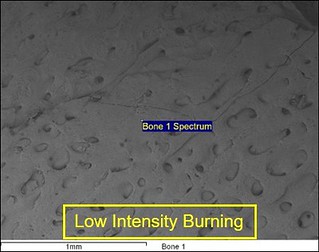 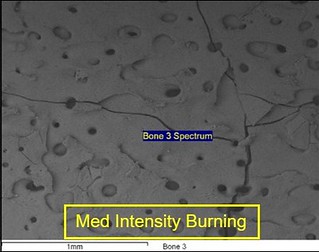 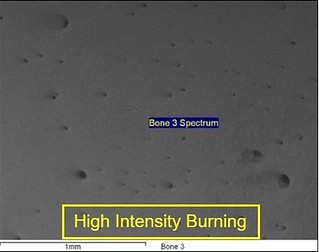 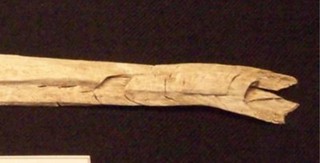 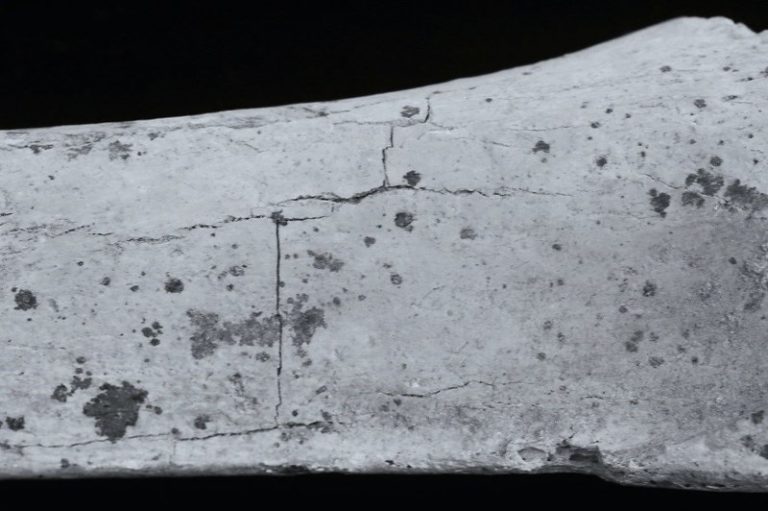 *Grid-like fracture patterns on a Neolithic bone from Guernsey (Cataroche and Gowland 2015).

Sometimes a body is burned after it has fully decomposed. This could be for a number of reasons, such as the building where the body is located catching fire, or because perpetrators are trying to confuse the forensic investigation. In these cases, it is possible to say if significant decomposition had occurred before burning by examining the subtle changes to bone surface and microstructure that the fire causes.

An approximate age-at-death and sex can still be determined from cremated human remains. Pathological evidence can also be observed in burned remains, including joint disease, or cut marks. This is useful for forensic contexts because perpetrators often think that burning a body will eliminate evidence of trauma (such as knife wounds or dismemberment), but this is not always the case.