Here we discuss an archaeological example of a mass grave and the fascinating information that was discovered about those buried. 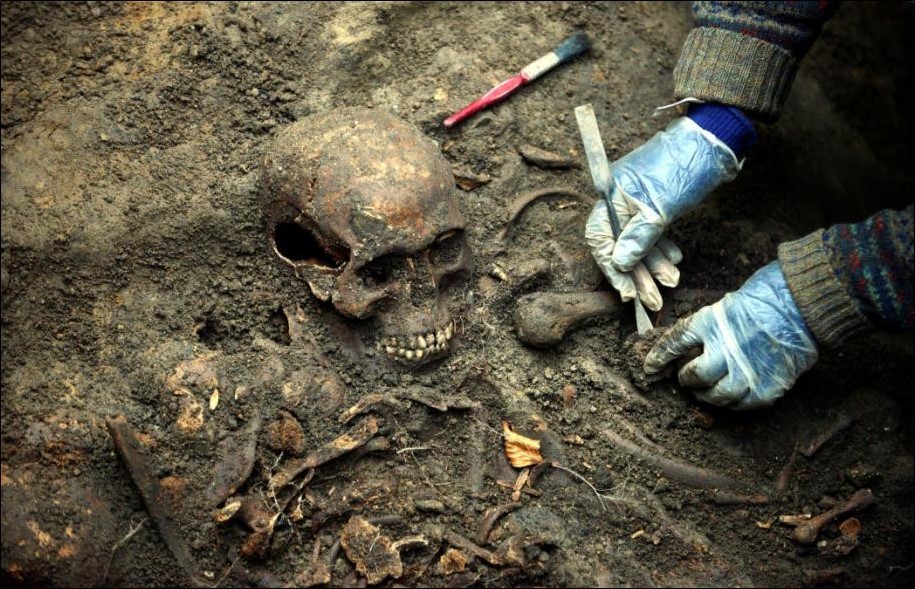 In November 2013, in a small corner of the picturesque city of Durham, some building work was underway to turn what was an overgrown courtyard into a cafe. Due to the site’s proximity to the magnificent cathedral, the digging was carried out under the watchful eye of archaeologists. These excavations clipped the corner of what turned out to be a mass grave. 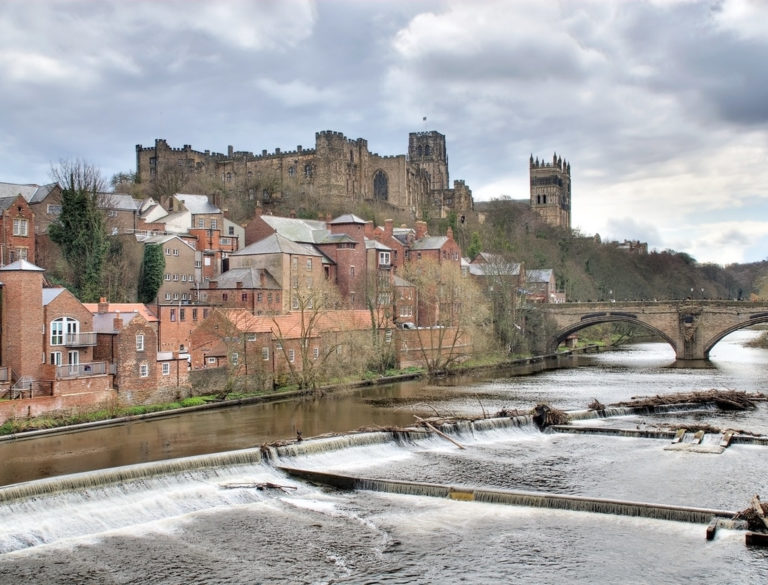 Skeletal remains were carefully excavated in somewhat cramped and inclement conditions. It became clear during excavation that bodies had been placed on top of one another, in different orientations and some were face down. This grave did not represent the careful placement of bodies – instead, they looked as though they’d been thrown in (see below). Was it the result of a pandemic such as the Black Death? 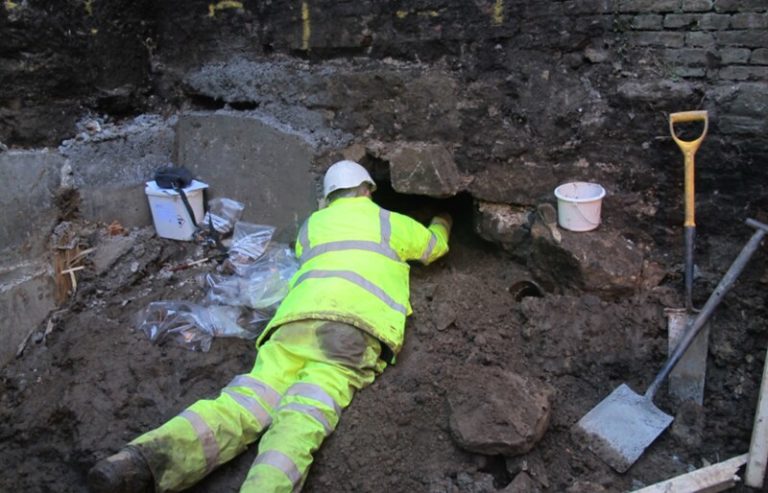 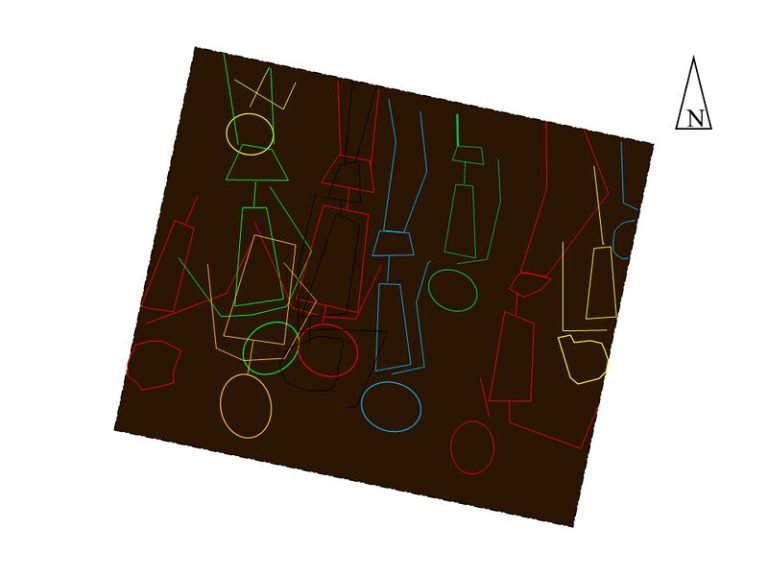 Once back in the lab, the bones were analysed and it was determined that they represented a minimum number of 17 people. It is likely that there were many more in the grave, but it had been truncated by other building work and individuals could only be recovered from a small section of it.

The mode of burial was unusual, as it denotes a lack of care. Analysis in the lab revealed some other interesting features of the assemblage. The skeletons were mostly teenagers and young adults. All were male. This was no random cross-section of a population as expected from a catastrophic disease epidemic. In addition, the skeletons also showed signs of adversity in childhood, with evidence of poor nutrition and dental health. Finally, there were linear scratches on some of the bones indicative of rodent gnawing (as the photograph below shows). This again suggests a lack of care in burial and perhaps that the grave was left open, or the burials were only shallow. So who were these people and why were they buried with so little apparent care? 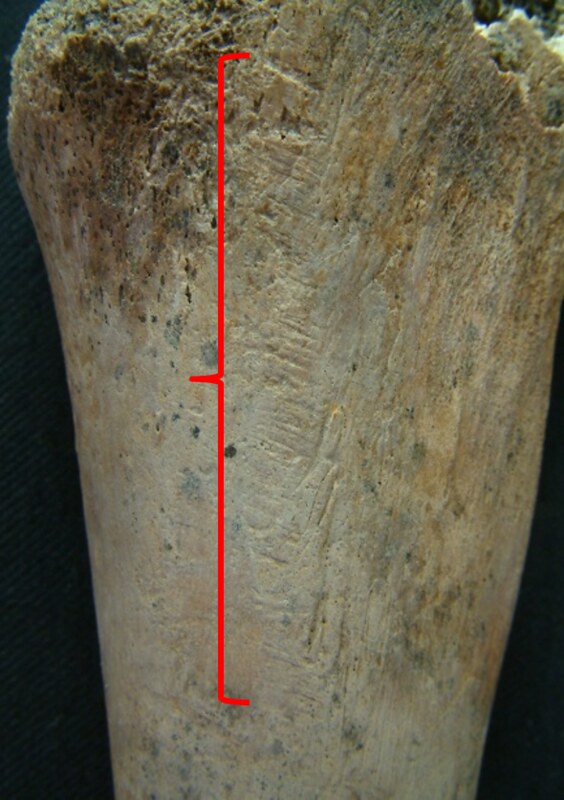 Radiocarbon dating indicated that the burials dated approximately to the English Civil war in AD 1650. Stable isotope evidence suggested that at least some of the individuals were not from the UK, whilst others could have been, but were not local to Durham, expressing instead values consistent with Scotland.

The scientific evidence was integrated with historical research and it was revealed that these individuals were, in fact, soldiers (prisoners of war) from the Battle of Dunbar in 1650. The Scottish Army was defeated by Cromwell’s forces in Dunbar, Scotland. The soldiers were captured and approximately 4000 of them were forced to march from Dunbar to Durham. Many died on the journey from hunger and disease. Once in Durham, they were locked in the cathedral as prisoners of war, where many more died. The bodies in the mass grave represent a small sample of these individuals.

What this case study tells us about the problems and potentials of interpreting mass graves: 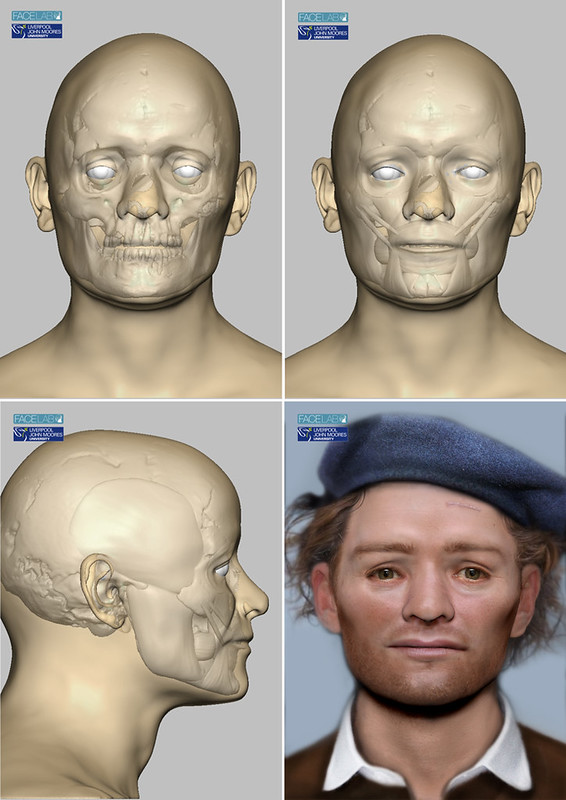