Finding Mr. X: What did the skeleton reveal?

Here we'll look at where experts are brought in to find out more information on any distinguishing features to identify the body. 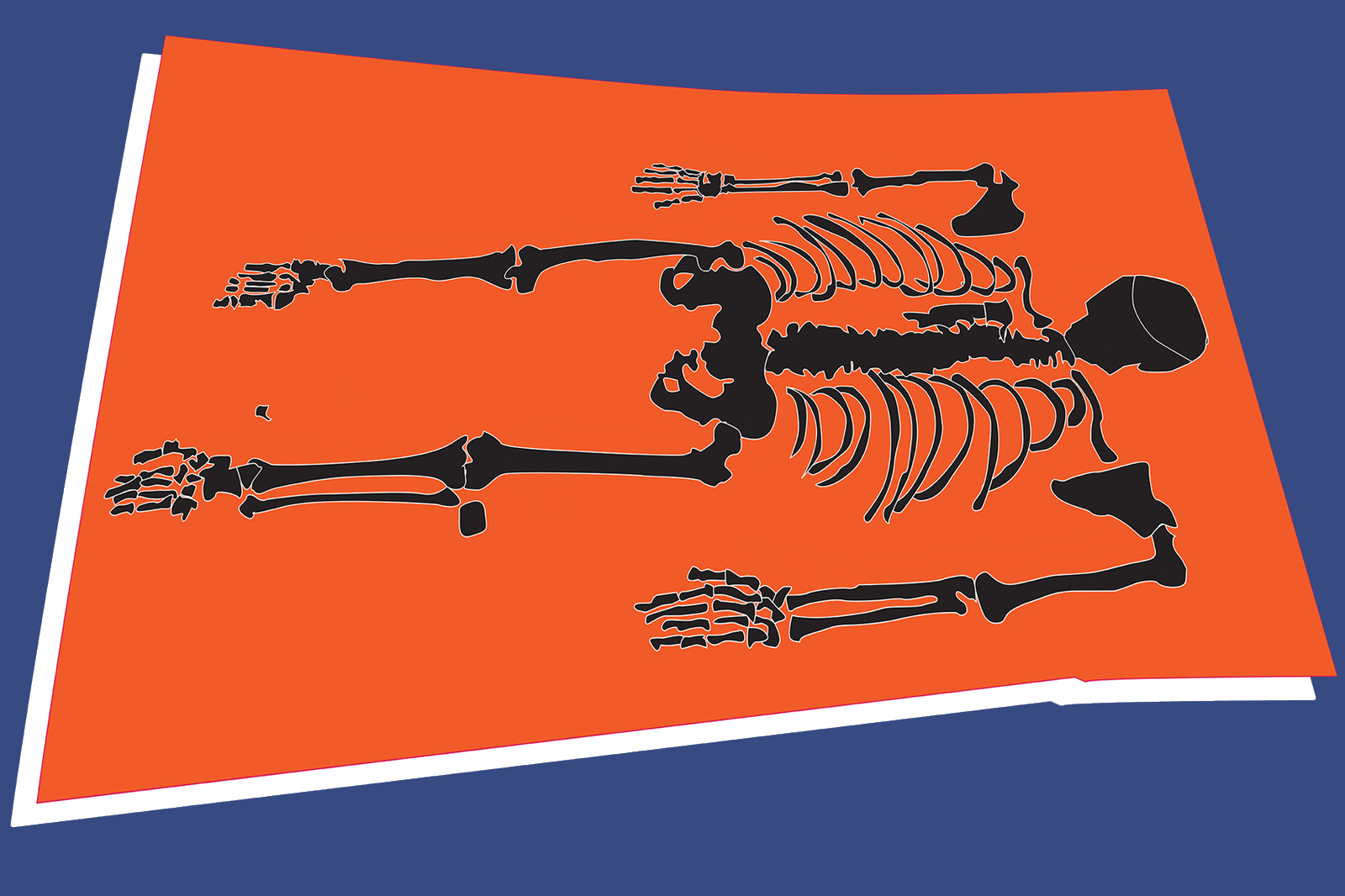 With insufficient evidence to identify the body, the police required the expertise of a pathologist to study the skeleton and decipher any information that may be contained within Mr. X’s bones.

The pathologist, in this case, was Professor Martin Evison, then Regional Forensic Anthropologist working out of the Department of Forensic Anthropology at The University of Sheffield. Martin also led the Medico-legal unit at Sheffield and it was here that he undertook an osteological examination of the remains.

From the length of the long bones: the femur, tibia and fibula in the leg and the radius, ulna and humerus in the arm, it was estimated that, in life, he had been about 168 cm in height, so a fairly short man.

Age can be estimated from a skeleton in many ways. One approach involves taking X-rays of the necks of the femurs (thigh bones) and measuring their bone density. 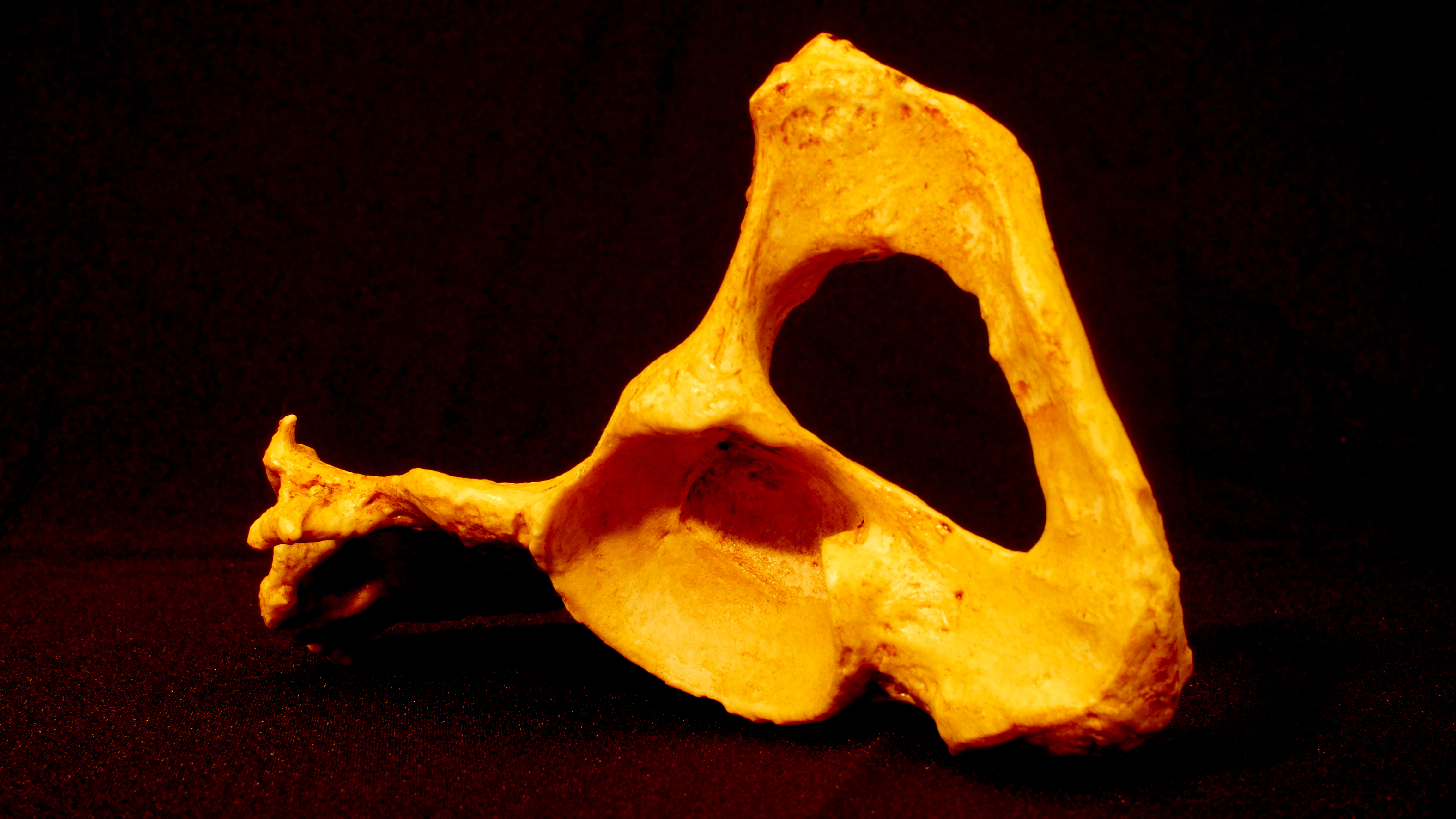 Replica of an aged pelvic bone

In youth, these surfaces appear highly organised, but as we age they become more disorganised in appearance and are often pitted. Martin applied these techniques and suggested that the man was at least middle-aged.

If diseases carried during life have left a mark on the skeleton, some indication of a person’s medical history can be obtained.

There was clear evidence that the man had suffered from moderately severe arthritis of his lumbar spine (lower back) and cervical spine (neck) to the extent that he would have had difficulty walking and turning his head. 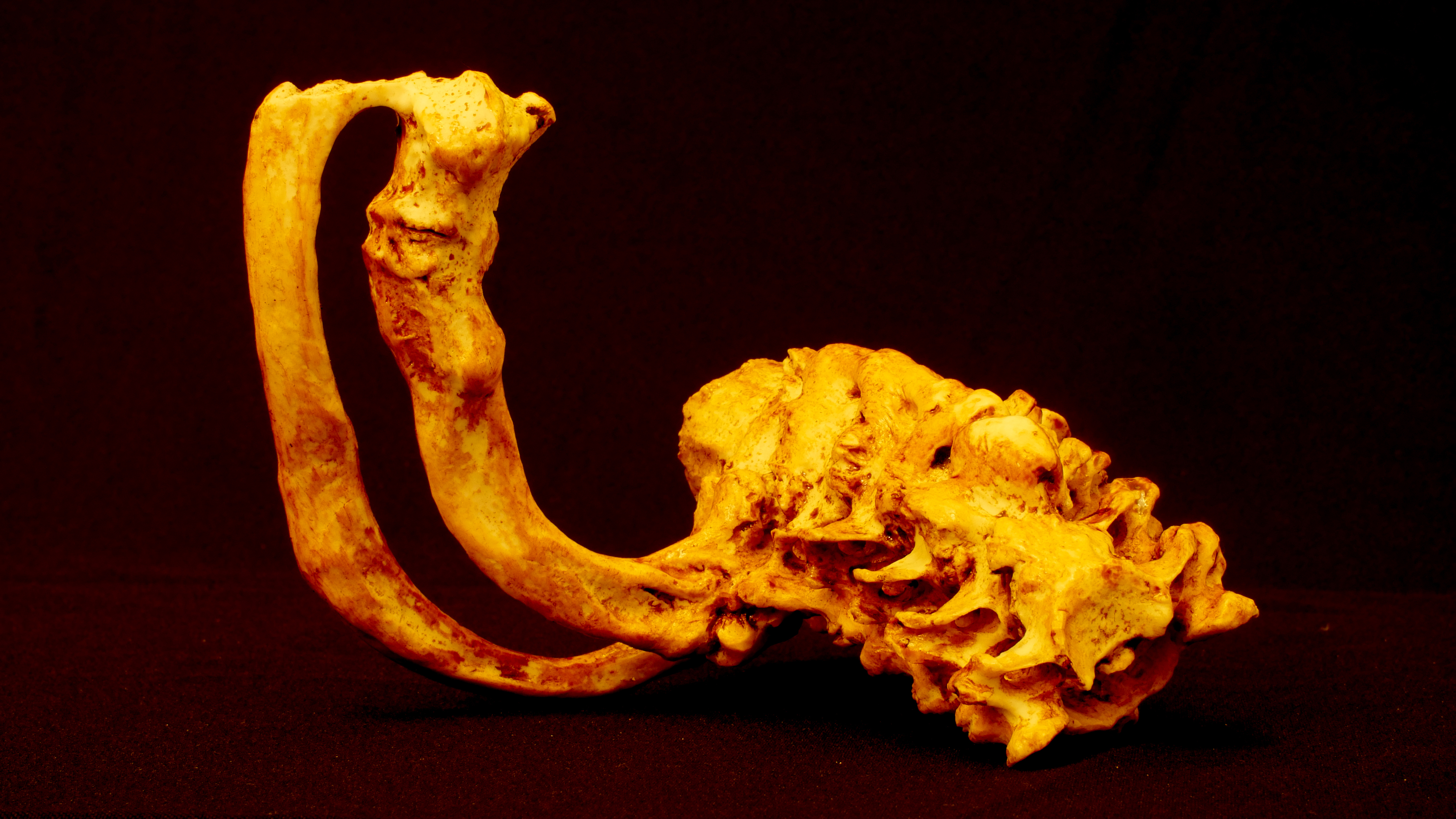 Replica of a fused spine

He also had arthritis of the knuckle joint of the middle finger of both hands. Normally there is a fluid-filled capsule that separates the two halves of the joint, but the capsule had degenerated in his case causing bone-on-bone contact which had worn the bone on both sides of the knuckle, smooth. This is known as eburnation. Clearly, the man would have sought medical attention for these painful conditions.

He had bunions on both big toes. This is a painful inflammatory condition that causes swelling of the metatarsal phalangeal joint. Treatment in severe cases involves fusing the joint by inserting a screw. An X-ray of his feet revealed that the metatarsal phalangeal joint on his left big toe had been fused and that there was a screw present. Furthermore, it was a Sherman screw, a type of screw that had not been used for this purpose for about 30 years, suggesting that the treatment had been performed many years before he died. 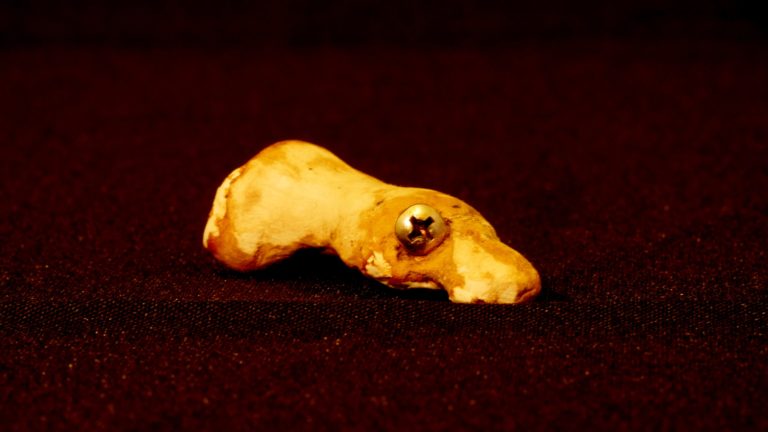 The metatarsal-phalangeal joint on his right big toe was not fused, but there was a facet in the bone which indicated that it had been fused and for some reason, at a later time, the screw had been removed.

The most intriguing information was derived from an examination of his fifth right rib. There was a small ridge of bone that had become attached to the underside of the rib.

Martin and his team concluded that this bony ridge had originated from the vessels and nerves that ran beneath the rib. For some reason, they had themselves, turned to bone. The most likely cause of this unusual finding is a reaction to surgery. At some time in his life, a surgeon had performed a thoracotomy (opened up his chest), most likely to treat a serious lung condition.

At some stage, he had also lost the tip of a finger, long enough ago for the bone to have remodeled beneath the missing joint.

Unusual wear and tear in particular parts of the skeleton can also provide clues for habitual behaviours performed many times during life.

The tendon that had once attached Mr. X’s triceps muscle to his elbow had turned to bone, generating a little bony projection at the elbow. This indicated that during life he had flexed his right arm constantly, probably hundreds of times a day, for many years. What was he doing? Almost certainly something related to his occupation.

The skeleton had so far revealed Mr. X’s age and stature, and key details about his medical history and habitual behaviours.

In the next section, we’ll move on to investigate the skull. Studying the skull can enable forensic experts to establish a number of key elements about a person’s identity including their sex and ethnicity.