Identifying the ethnicity of a skull

This article looks at how we identify the ethnicity of a skull for the benefits of forensic investigation, such as facial reconstruction.
© The University of Sheffield

Determining the ethnicity of a skull

Determining the ethnicity of an individual from their skull often proves to be key to identifying who they were in life and has a significant influence on other aspects of forensic investigation such as facial reconstruction.

However, indicators of ethnicity lie on a spectrum given every individual’s complex ancestry.

The morphology of a skull

Features inherited from generation to generation are expressed in the morphology (shape) of the human skull. Many of these characteristics have evolved in response to environmental factors and analysis of the features of the skull can thus give an indication of the ancestry of an individual.

Forensic anthropologists examine the morphology of the skull in great detail and take measurements of multiple individual facets. Comparing this data with data from the worldwide population allows anthropologists to conclude where in the world an individual’s family has originated from.

Individuals of European descent tend to have long narrow faces with fairly flat facial profiles and sharply angled nasal bones. Those of Asian ancestry have wider and shorter faces with prominent cheekbones whilst individuals of African descent have a wide nasal cavity and a prominent mouth region when viewed in profile. 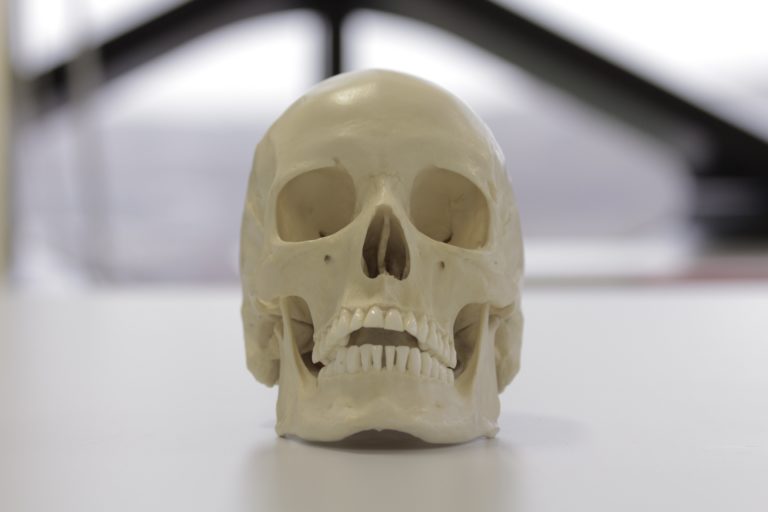 European skulls tend to have circular eye sockets with squared margins often referred to as ‘aviator sunglasses. The nasal aperture can be narrow and lie high up on the face. The nasal bridge tends to be pronounced and sharply angled. Teeth tend to be small and are set closely together. 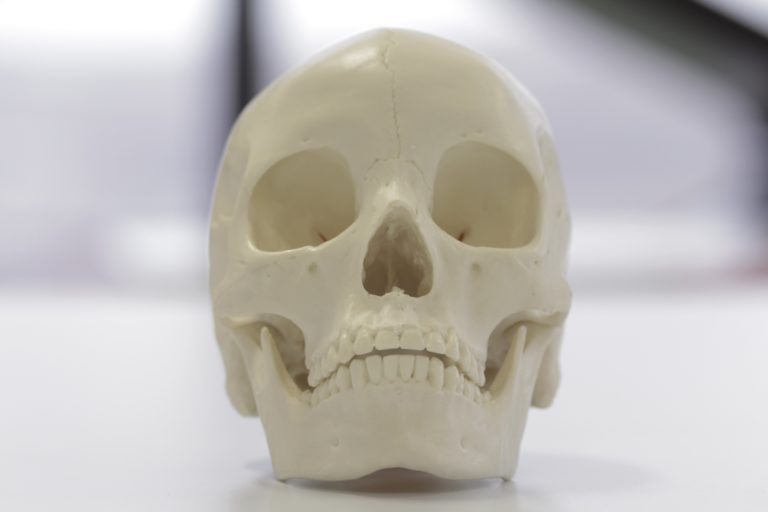 Asian skulls can have circular orbits and a ‘heart shaped’ nasal aperture. The nasal bridge is often less pronounced than in European skulls. Asian skulls tend to have distinctive shovel-shaped upper incisors. 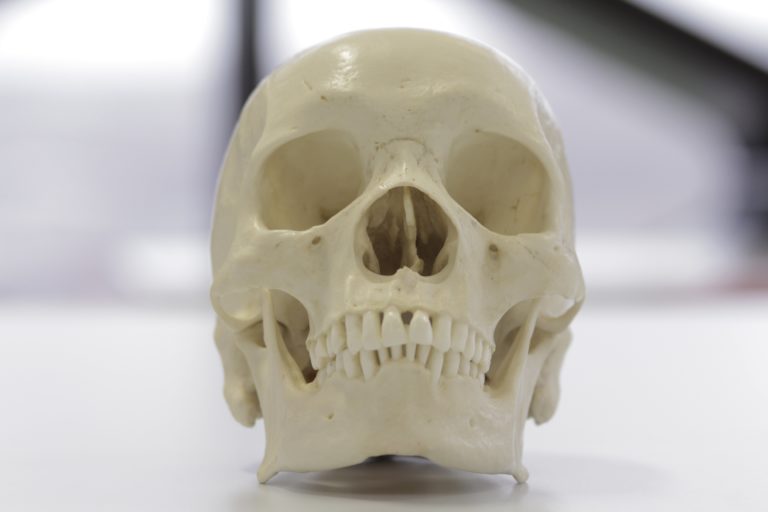 African skulls can have more rectangular-shaped orbits when compared to European and Asian skulls. The nasal aperture is usually wide and the nasal bridge tends to be very flat. The jaw often protrudes significantly from the rest of the face, which is known as prognathism. The teeth are usually large with wider spacing between them than in other races.

Ethnicity of a skull