Read this article about Leader-member exchange 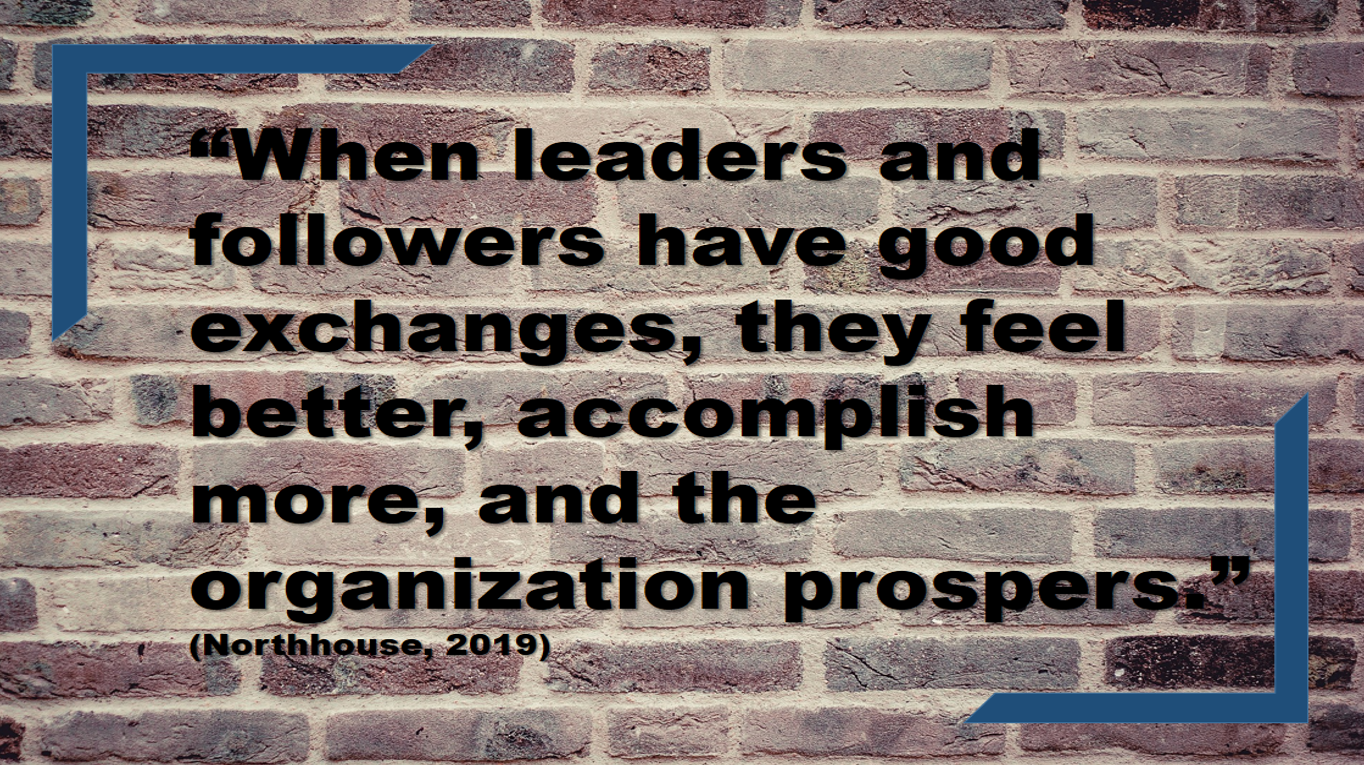 As a leader you come across different types of staff and team members. Some are hardworking and never let you down, however, this is not always the situation. As a new leader, you want to learn how to lead your team better. Leader-Member Exchange (LMX) Theory can help.

LMX is a relationship-based approach to leadership that recognises the dyadic (two-way) relationship between staff and their leaders. The nature of the relationship a leader forms with staff will have an impact on the responsibilities, work performance, decision-making and resource access of staff. This can result in the creation of “in-groups” and “out-groups” in the workplace.

The “in-groups” are those who engage more with their leader by expanding their role responsibilities, prove they are trustworthy and often have similar personality and work-ethic to the leader.

Others who are generally not interested in additional negotiated roles, betray trust or prove they are unmotivated or incompetent become part of the “out-group”.

Put simply, in-group staff are often favoured more frequently than those in the out-group.

We will explore each of these phases in the next section.

It is important to note that research has found that high-quality LMX produces less employee turnover and more positive performance evaluations than relationships deemed of lesser quality (see Northouse, 2019, pp. 139-51).

Similarly, other connections between high LMX relationships emerge when these connections are more pervasive, such as demonstrations of higher employee energy, greater involvement in the work itself, better job and career prospects, higher organisation citizenship behaviour (OCB), and the leader’s own efforts to create high LMX associations with all employees. In the latter, this leads to better leadership, such that a leader seeks to build better relationships in a work unit or across work-units in the organisation.