What is a plasma?

In this video, Dr Kate Lancaster explains what a plasma is, and how it's different from the other states of matter.
View transcript
3.4
States of matter are the different forms in which matter can exist such as solids, liquids, or gases. Solids have a definite volume and shape. Liquids can flow and assume the shape of any container it is in, but have a definite volume. Gases flow, spread out and change volume. These macroscopic properties I’ve just described are determined by the microscopic properties of these states of matter. In other words, what the atoms and molecules in the material are up to! In solids the atoms or molecules are closely packed together and the forces between particles are so strong that the particles cannot move freely.
38.3
In liquids the forces between particles are still significant but the particles have enough energy to be able to move with respect to each other. In gases the particles have high enough kinetic energy that the forces between particles become unimportant and the particles are free to move around in space. These are the first three states of matter, which you will be familiar with already. But there is a 4th state … If you add more energy to a gas, for example, it causes the electrons which are usually confined to the atom to escape. The liberation of electrons from the atom is called ionisation.
71.1
What you are left with is a soup of charged particles consisting of electrons and ions, which is otherwise known as plasma. It is often referred to as the fourth state of matter. Plasma makes up 99.999% of the visible universe. The sun and stars are big balls of hot plasma. Plasmas are generated by lightning and or other electric sparks. Plasmas even exist in the fluorescent lights above my head! The fact that plasmas are made up of charged particles means their behaviour is dominated by long range electric and magnetic fields. This is because moving charges are electric currents, which have magnetic fields associated with them. These fields affect other charged particles far away.
108.8
So overall, the particles’ behaviour isn’t just determined by the local conditions, like collisions with nearby particles, but also by the fields spread across the plasma. This long-range influence is called “collective behaviour”. Since plasmas are made of charged particles this means we can control and affect plasma by applying external fields. For example we can contain a plasma in a magnetic bottle which can help us achieve nuclear fusion, the energy source of the stars, here on earth.

Let’s get started! Plasma is often referred to as the fourth state of matter. So how is it different from the other states of matter – solids, liquids, and gases? Take a look at Kate’s introductory video and then read on for a bit more detail. 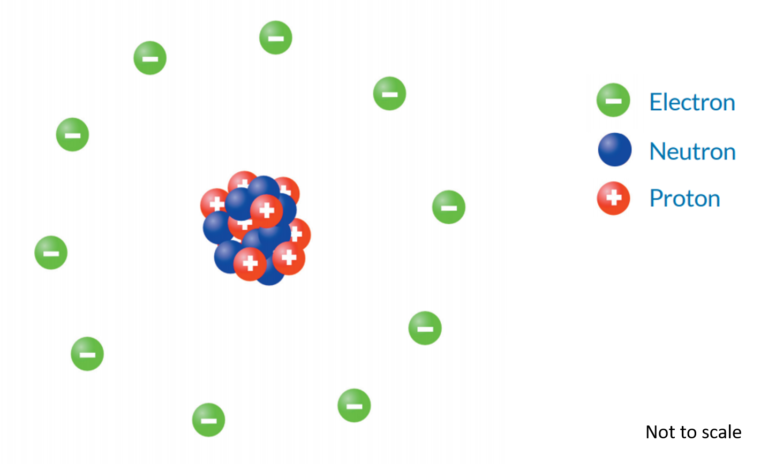 Plasmas are most similar to gases in the way that the particles behave. However, in a plasma, some or all of the electrons have been separated from the nucleus in a process called ionisation.

This leaves behind positively charged ions and negatively charged electrons. This has some important consequences for the plasma behaviour. Unlike the neutral atoms in a gas, the charged particles in a plasma can be moved around by electric and magnetic fields.

Electric fields can be formed by applying a voltage across two metal plates on either side of the plasma. The field causes the electrons and ions to move towards the plates, with electrons moving in the opposite direction to ions.

Magnetic fields cause charged particles to spiral around them and, in many cases, particles will follow the magnetic field lines like a train follows a track. This gives us a way of guiding the plasma.

But it is not just external fields that affect plasmas. Charged particles also create electric fields and, if they are moving, magnetic fields. These internal fields mean that the particles can interact strongly with one another, leading to so-called ‘collective effects’.

This really just means that the behaviour of one particle affects the others around it, leading to complex behaviours. This often takes the form of waves that travel through the plasma.

So, where the particles in a gas are pretty passive, just moving around until they find something to collide with, the particles in a plasma can be influenced. This ability to control and guide the plasma lies at the heart of many of its most interesting applications.