What are photonic nanostructures?

This article describes what photonic nanostructures are, how they are created, and how we can use them to manipulate light. 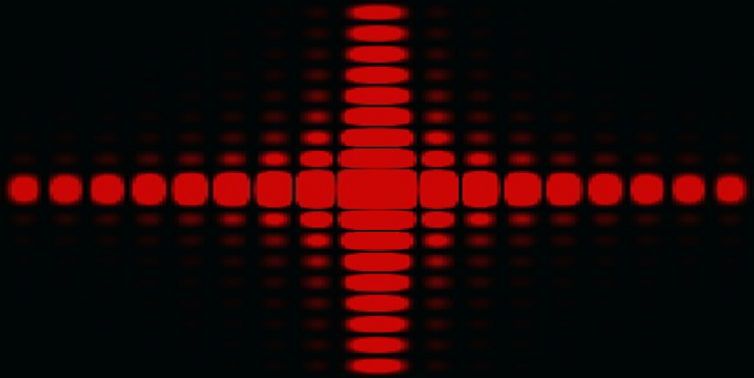 In this article, we are going to investigate how we can manipulate materials at this scale to create nanostructures.

We will focus on so-called photonic nanostructures. These are periodic structures (ie they have a repeating pattern) with a period that is comparable to the wavelength of light: about 500nm (100 times smaller than the diameter of a human hair).

These periodic structures allow us to control light by exploiting phenomena such as reflection, diffraction and the interference of light. They also enable important applications, such as lasers, high-efficiency solar cells and biomedical sensors.

A common diffraction grating can be considered as the simplest form of the photonic nanostructure. A grating consists of a periodic arrangement of scatterers, such as a series of slits.

Let’s start with a single slit. As a wave passes through the slit, it spreads out (as shown below). This is called diffraction. 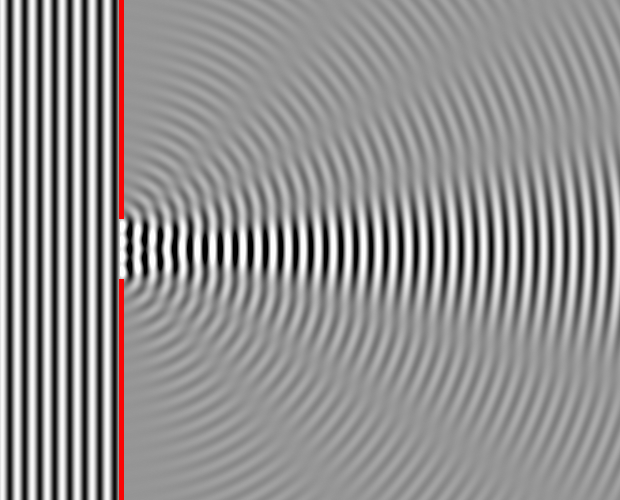 If there are multiple slits, as in a diffraction grating, the waves overlap. The interesting part is that they don’t simply add up but, because of the wave nature of light, they interfere.

This means that when two waves come together, they only add up if the two peaks overlap, but they cancel out if the peak of one wave overlaps with the trough of another. This phenomenon of interference is illustrated in the diagram below.

A CD is a practical example of a diffraction grating. The pits that contain the information are arranged in equally spaced rings on the disc, so they represent the periodic structures.

In this example, the light is shining from the top of the disc and diffraction occurs in reflection. 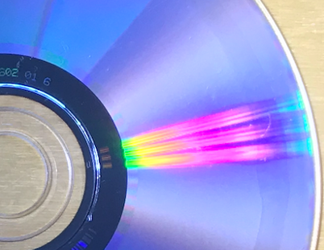 The image above shows a CD illuminated with a bike light. The light consists of three LEDs, hence there are three stripes. The reason we see the different colours is that diffraction is wavelength-dependent.

This means that red light, which has a longer wavelength than blue light, is diffracted more. This effect is illustrated in the following diagram.

Let’s look at this quantitatively and consider two slits, a single wavelength, and the light hitting the slits at right-angles (see the diagram below).

The light reflecting from the left-hand slit can interfere constructively with the light from the right-hand slit if the two waves are one wavelength, λ, apart. 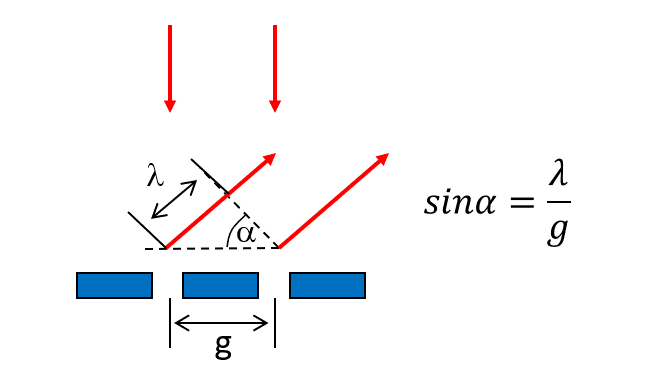 Interference will only occur for this particular wavelength, λ – the angle, α will be different for other colours or wavelengths.

Most gratings, such as the CD, have a grating constant, g, which is larger than the wavelength of light, λ. This means that diffraction occurs at a small angle because λ/g < 1. What happens if we make g smaller and smaller?

As g approaches λ, the angle gets larger and larger. Eventually, when the grating constant becomes equal to the wavelength the angle, α, will be 90°: the light is diffracted into the grating itself (as shown below). 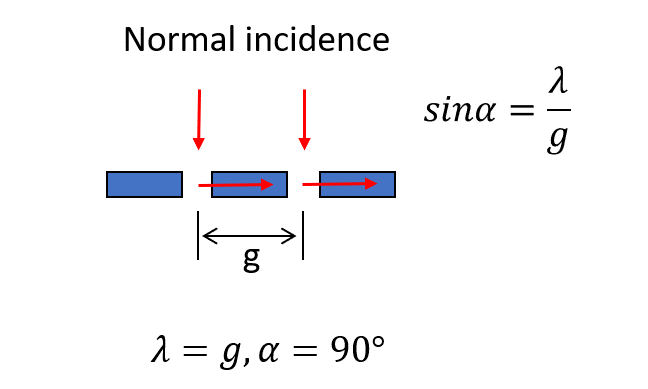 We can go one step further. What happens if the light is now incident in the plane of the grating? If we set g = λ/2 then, as the wave comes to point A from the left, it is partially reflected and partially transmitted to point B. 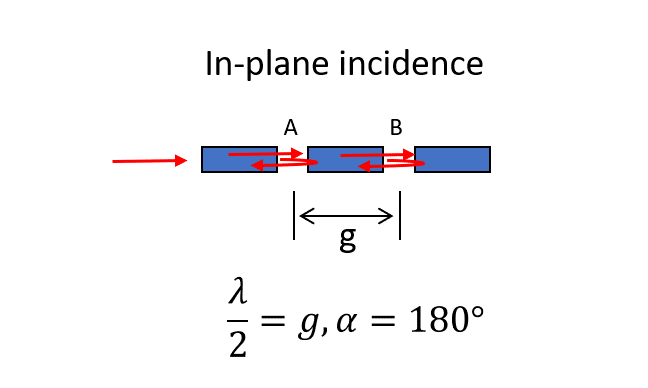 With multiple slits, the light reflected from each slit interferes constructively. Therefore even if the reflection from each individual slit is small, the total reflection can be very strong. This type of grating is called a Bragg mirror.

Bragg mirrors are widely used in physics because they can achieve very high reflectivity.

More importantly, because they only reflect the light of the wavelength they were designed for, they can pick out a particular wavelength. This is important for applications such as laser mirrors.