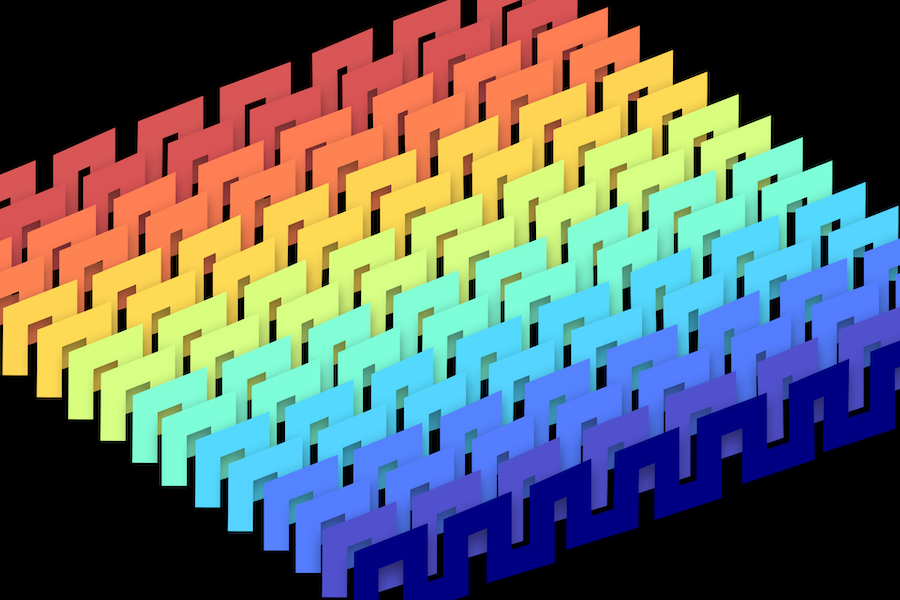 Here we will look at an innovative software which allows new advanced materials to be developed using sophisticated computer simulation. It has been used for a vast range of applications: From designing high-efficiency materials for light sensors and LEDs for low-power displays, to new superglues; from novel ‘memristive’ data storage technologies, storing data by changing the electrical resistance of a material, to photocatalytic cement for buildings which can help to break down pollutants.

One application where its use is of crucial importance is the field of thermoelectrics.

In semiconductors, electricity is carried by either electrons or ‘holes’. Holes are ‘missing electrons’ in an otherwise full cloud of electrons – like bubbles in water. Holes behave in a very similar way to electrons, except that they act as if they had a positive charge. In contrast, the heat is primarily conducted by atomic vibrations passing through the material. Atoms near a source of heat absorb thermal energy, and start to vibrate more. This atomic motion strains the chemical bonds with their neighbours, and this causes forces on the neighbouring atoms, which also start to vibrate, straining their bonds. In this way, vibrations move through the whole material, carrying the heat energy from hot regions to colder regions in exactly the same way that sound moves through a material. Because electrical energy and thermal energy are transported in different ways in a semiconductor, it is possible to make changes to the material to suppress or enhance one property, without necessarily affecting the other.

Experiments to determine which semiconductors make the best thermoelectrics are ongoing and progress is being made. Recently-discovered thermoelectric material niobium iron antimonide (NbFeSb), already generates five times more power (per degree of temperature squared and cm of material) than materials commonly in use at the moment.

However, using the advanced computer simulation software mentioned above, we can investigate the effects of changing chemical elements within a material, without the cost or difficulty of physically creating lots of different new test materials.

This led to the discovery of a new thermoelectric that replaces the niobium for tantalum. The theoretically-predicted tantalum iron antimonide (TaFeSb) was expected to be both stable and to give a further 60% improvement in power generation. It has since been made in experiments and is proving to be just as efficient as predicted!

Efficient thermoelectric materials are immediately beneficial for a wide range of applications:

In fact, waste heat is a major cause of inefficiencies in a vast range of household appliances and devices, as well as industrial processes, so this new material has the potential to revolutionise our energy usage and help us to tackle climate change.

Can you think of any other places we might want to use thermoelectrics?