The D-Star Hexaquark and Neutron Stars

The d-star hexaquark may have a role to play in the structure of neutron stars. Let’s find out more… Neutron stars are the remnants left after the gravitational collapse of massive stars during a supernova event. You can see the evolutionary paths of different sizes of star in the diagram below. 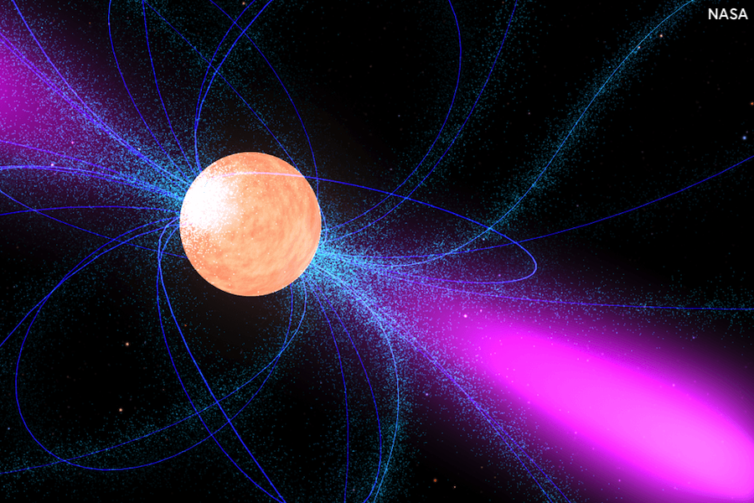 The d-star hexaquark may have a role to play in the structure of neutron stars. Let’s find out more…

Neutron stars are the remnants left after the gravitational collapse of massive stars during a supernova event. You can see the evolutionary paths of different sizes of star in the diagram below. 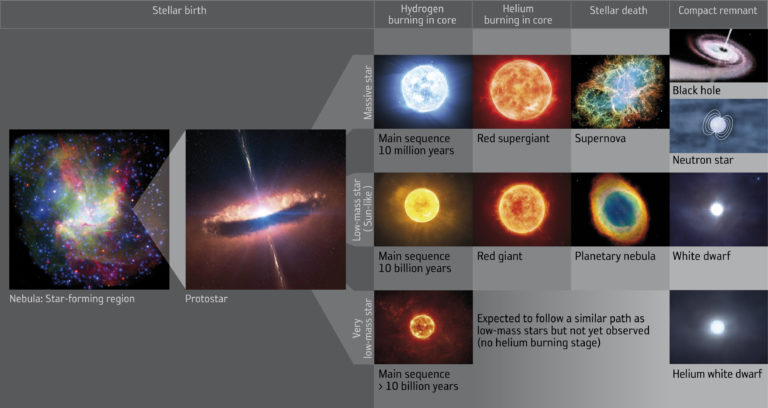 The masses of neutron stars are typically of the order of one to two times the mass of the Sun, with radii of 10 − 14 km. Neutron stars are therefore among the densest objects in the universe. Their density is typically 3 – 5 times larger than the density of an atomic nucleus.

Different models have been created to predict the size of neutron stars, and we will investigate one such model in the next step. However, recent measurements of neutron star radii done by NASA’s NICER mission, combined with information coming from gravitational waves, are challenging these models. They show larger neutron stars than originally predicted.

Whilst we are still a long way from proving that these d-star hexaquarks are present in these large neutron stars, this initial data is an exciting starting point for further scientific investigation.

You can read more about d-star hexaquarks and neutron stars in The d*(2380) in Neutron Stars – A New Degree of Freedom? published in Physics Letter B (2018).

A simpler model of neutron stars is the liquid drop model. This treats the neutron star as a giant nucleus!

To understand this model, we must first understand binding energy. The binding energy of an atomic nucleus measures how much energy is gained by putting together the neutrons and protons inside a nucleus. For example, oxygen-14 has 8 protons and 6 neutrons (a total of 14 nucleons). With sophisticated nuclear experiments, we can weigh oxygen-14 to get its mass. However, we find that this mass is less than the sum of the masses of eight protons and six neutrons. Using Einstein’s famous equation, E=mc2, this mass difference can be converted into an energy: the binding energy of the nucleus.

Binding energies are useful because they tell us a lot about nuclei themselves. Using experiments, we can find the binding energy of thousands of different nuclei and plot them in a nuclear chart. However, we don’t want to just be able to measure, but actually predict, the binding energies of nuclei. This is what the liquid drop formula does.

We can also use this model to predict the smallest possible size for a neutron star.