What is quantum communications?

In this article, join the Quantum Communications Hub to find out how quantum mechanics is being applied to enable secure communications. 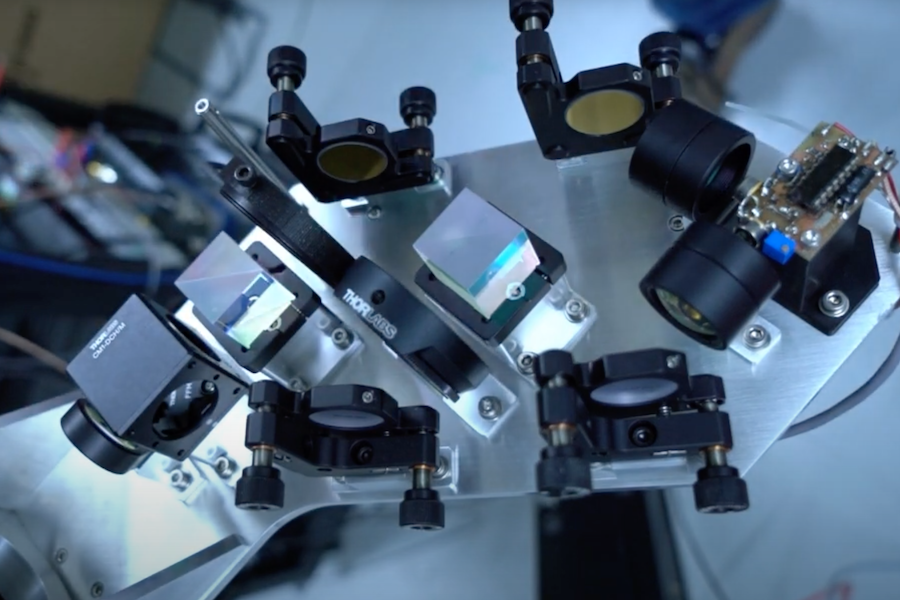 Modern society is becoming increasingly reliant on the security of transmitted information and communications – everything from banking to medical records.

Quantum communications use the principles of quantum physics that we have just seen to secure these vital communications. Let’s find out how…

In conventional encryption, an algorithm is used to encrypt information, making it unintelligible to anyone who intercepts it during transit. The algorithm uses keys – long strings of random numbers – for the sender to encrypt and also for the intended receiver to decrypt the data.

However, it is known that the encryption techniques widely used today will be breakable by a powerful quantum computer, which will be built in the – perhaps not too distant – future. It follows then that new approaches to security are required, which are ‘quantum-safe’ – safe in a future world where all forms of quantum technology exist.

The Quantum Communications Hub, led by the University of York, is working on developing and commercialising quantum secure communications technologies and services with applications that will revolutionise communications across multiple sectors.

This film is also available via this link.

To share a key through quantum key distribution, the basic idea is that Alice transmits a long sequence of quantum light pulses to Bob, which he measures in order to establish a key shared with Alice.

These quantum light signals may be sent down an optical fibre or through free space. The process is explained in more detail in the video below.

Eve (the eavesdropper) can only gain information on the transmitted light signals by measuring them in some way. Quantum mechanics dictates that when anyone tries to measure or interact with a quantum system to learn about what it is doing, they inevitably and irreversibly disturb it.

As this is a law of physics, it is not something that can be overcome by building better measurement devices or probes in the future, so Eve cannot avoid being detected. Alice and Bob can afterwards identify a subset of the shared data that they know Eve has not intercepted to keep as the key – thus guaranteeing that it is completely secure.

This film is also available via this link

What’s next for Quantum Communications?

Quantum secure communications, and in particular quantum key distribution, has the potential to one day underpin the world’s digital communications.

Quantum key distribution has been already successfully trialled for the secure transmission of sensitive financial transactions over private networks. It could also provide multiple one-time ‘passwords’, which could be dispensed in a contactless manner to your mobile phone.

These could verify in-person or online transactions and would be safer than passwords or PIN numbers, which are frequently copied or stolen.

This technology is expected to be ready for commercialisation in the next few years and could be implemented on a large scale after that. A so-called ‘quantum ATM’ has already been demonstrated and quantum random number generation is already available in mobile phones today.

There is every expectation that other quantum technologies will soon start appearing in consumer devices, such as mobile phones.

To deliver quantum secured communication between continents, techniques need to be developed to transfer quantum keys between ground stations and satellites, and between satellites.

This is because quantum keys cannot be transmitted through undersea cables over long distances, as the photons mustn’t pass through the optical amplifiers used in these cables to boost the signals. Passing through such amplifiers would scramble (decohere) the quantum information carried by the photons and leave them useless for quantum communications.

Therefore, quantum communications are also opening up exciting possibilities in the UK Space Industry, too!

You can find out more about the Quantum Communications Hub, or discover what the future will look like when quantum technologies are in our everyday lives at Quantum City.