Quantum physics tells us how particles behave. But what are these particles that make up everything around us? At the most fundamental level, particles are described by the Standard Model: 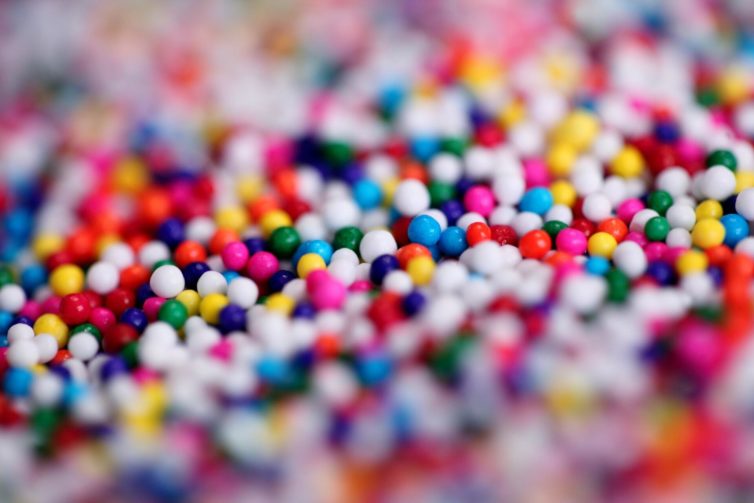 Quantum physics tells us how particles behave. But what are these particles that make up everything around us?

At the most fundamental level, particles are described by the Standard Model: 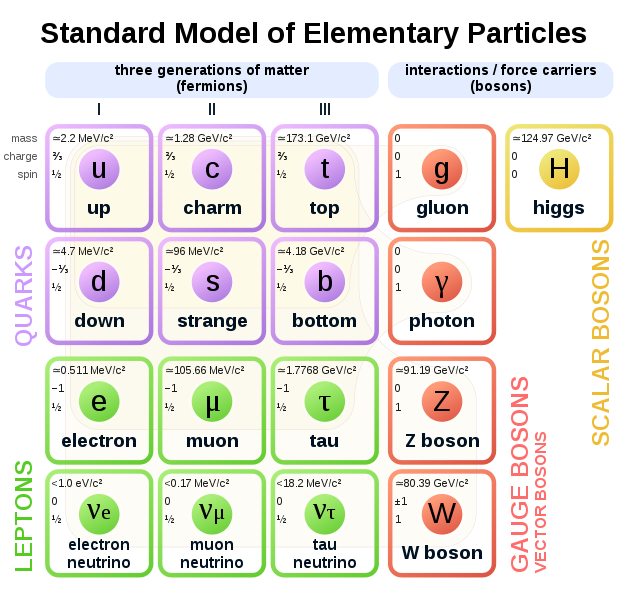 We divide particles into two groups based on a quantum property called spin. This describes the amount of rotation carried inside the particle, even if the particle is point-like and therefore can’t rotate in the classical way. Fermions, which make up all of the matter we see around us, have a half-integer number of spin quanta: 1/2, 3/2,… Bosons, which are generally responsible for interactions between different types of matter, have an integer number of spin quanta: 0, 1, 2,…

Fermions include quarks and leptons.

There are six quarks in total. Protons and neutrons are composed of the lightest, up and down, quarks and there are two further ‘families’. Up, charm, and top quarks all have a charge of +⅔ of the change of an electron, and down, strange, and bottom quarks all have a charge of -⅓ of the change of an electron. Quarks in the second and third families are much heavier than the up and down quarks, so particles containing these quarks will be short-lived and decay to release the excess energy.

In addition to their electric charge, quarks carry another type of charge called colour, which comes in three types: red, green, and blue. Quarks only exist naturally as colour neutral combinations. Three quarks (red, blue and green) can combine to form baryons (such as protons and neutrons). Alternatively, a colour combined with its anti-colour can form a quark anti-quark pair called a meson.

The last type of fermion matter is the elusive neutrino, which is extremely light (but not massless) and has no charge. There is still a lot we don’t know about the neutrinos. We don’t yet know the neutrino masses, or even if the tau neutrino is the heaviest.

The so-called interaction bosons are responsible for the forces we observe in nature.

The gluon is responsible for holding the atomic nucleus together through the strong interaction. It even holds the protons and neutrons themselves together, because the quarks constantly exchange gluons.

The weak interaction (governed by the Z and W bosons) determines, for example, how a neutron (made of two down quarks and an up quark) can change into a proton (composed of two up quarks and a down quark). In the atomic nucleus, the opposite transformation is also possible. Both of these decay types are known as beta decays: beta- or beta+ depending on whether the negative electron or its antiparticle, the positron, is emitted.

In addition to these interactions, the Higgs boson is responsible for giving particles their mass.

Gravity is the one elusive fundamental force left. It is extremely weak, even in comparison to the weak interaction, and we think this interaction could be governed by a fundamental particle, the graviton. However, we have never observed the graviton and, even though there are plenty of ideas about the nature of this particle, in reality we don’t know. Perhaps we will find out soon by studying some of the heaviest and densest objects in the universe, such as black holes and neutron stars.