What are the origins of the Haskell programming language? In this article, Dr Jeremy Singer explores the history of Haskell. 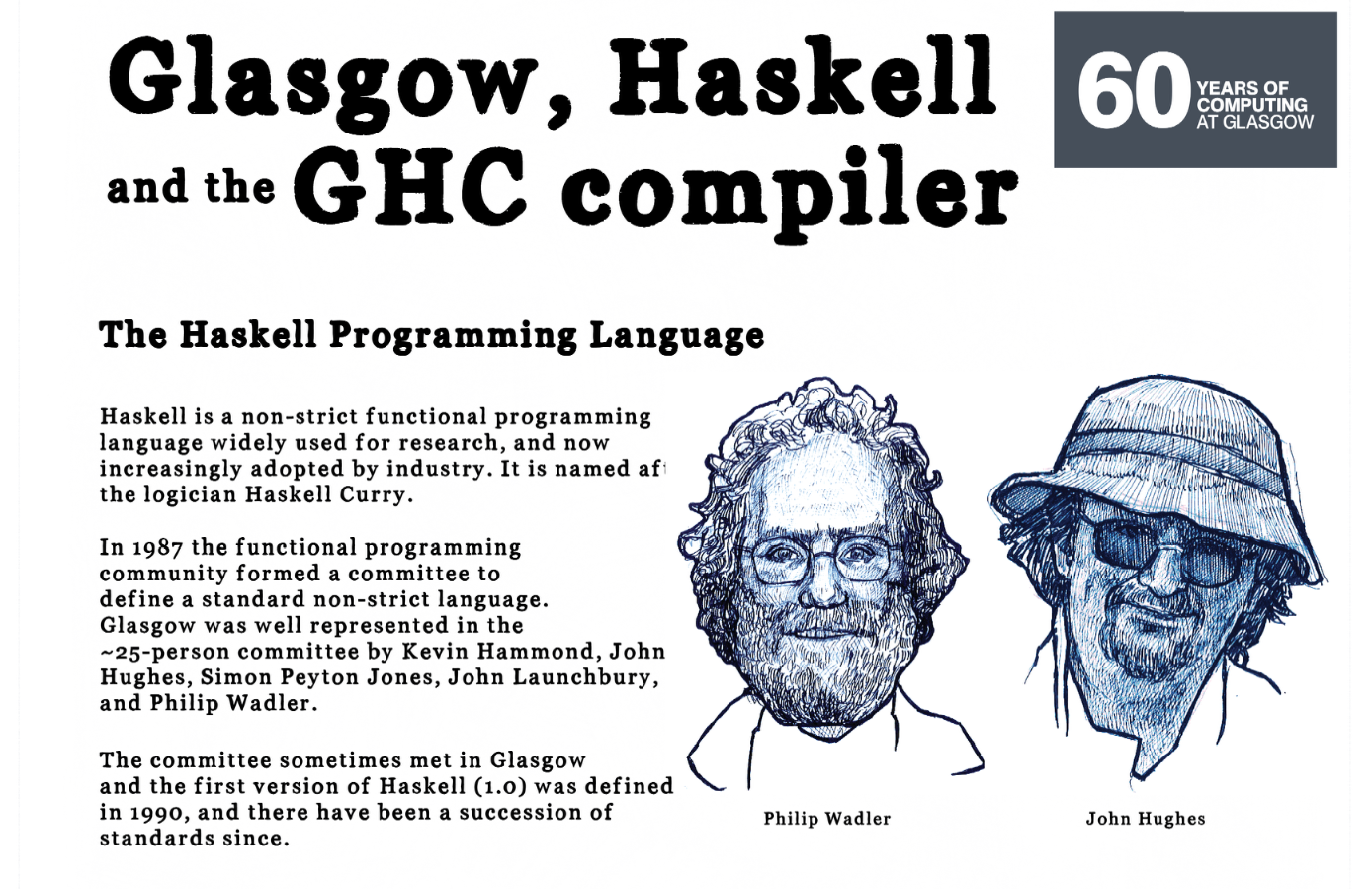 Once upon a time, there was a mathematician named Alonzo Church at Princeton University. Church was Alan Turing’s PhD supervisor. Church devised a mathematical model of functions called lambda calculus. Yes, this is where modern-day lambdas come from!

Fast forward from Church in the 1930s to the early development of programming languages in the 1950s. One of the first high-level programming languages was LISP (which stands for List Processing). LISP adopted a functional style. It allowed user functions to be defined, and passed around as values. LISP lives on … more recent incarnations include Scheme and Clojure.

Fast forward again. During the 1980s, lots of researchers were inventing and extending various functional programming languages. Example languages include ML, Hope and Miranda. However research was fragmented across the various languages, and many of them did not have ‘open-source’ frameworks. So a group of academics formed a committee to design and implement a new language, which would be used as a vehicle for research as well as for teaching functional programming.

After several years of work and arguments, the committee published the first Haskell Language Report in 1990. This was a major milestone: at last there was a common functional language around which the research community could unite.

The language has grown in popularity ever since, despite an avowed aim to avoid success at all costs. There are several freely available implementations. The most commonly used is the Glasgow Haskell Compiler, which has an interpreter (ghci) and a compiler (ghc). These form an integral part of the Haskell Platform. Lots of people contributed to this software ecosystem. Many of them have worked at the University of Glasgow like Simon Marlow, Simon Peyton Jones, and Phil Wadler.

Haskell is now widely used in teaching, research and industry. For instance, it’s taught at several Scottish universities including Glasgow, Edinburgh and St Andrews. It has its own annual research conference, the ACM Haskell Symposium. And there are many industrial users, including at Facebook. We will be interviewing a software developer from Facebook within the next few weeks.

Optionally, if you want to learn more about the history of Haskell, please check these links: