How are New Varieties of Plant Created?

With so many plants already in existence, in the world of gardening it’s hard to believe that new plants are unveiled every year. There are ways in which they naturally arise, as well as more subtly contrived means and active breeding programmes concerned with creating new strains and cultivated varieties for our gardens.
© BBC Gardeners’ World Magazine

With so many plants already in existence, in the world of gardening it’s hard to believe that new plants are unveiled every year. There are ways in which they naturally arise, as well as more subtly contrived means and active breeding programmes concerned with creating new strains and cultivated varieties for our gardens.

Nature has its own ways of producing new plants. The effects of the sun’s radiation cause plant cells to mutate and produce spontaneous genetic ‘sports’ which appear as distinctly different stems or flower forms on part of the original plant.

But such sudden surprises have not, until more modern times, been the way that the majority of different plant species, subspecies and varieties have come about. The physical processes of cross pollination and seed production are the plant world’s method of constantly mixing up the gene pool. After all, that’s what sexual reproduction is all about – combining and recombining different permutations of genetic information in every ensuing generation that give rise to new individuals.

Subtle variations in the offspring from such continuous and natural plant breeding can mean that some individuals are better suited to particular growing conditions or are more successful due to certain physical characteristics. And all of this is brought about by mixing up the DNA sequence of genes.

The plants which we first started growing as food crops and more recently cultivating as ornamental plants in our gardens were the result of millions of years of natural selection – a process common to all life on earth. And as growers and gardeners we have overlaid another means of selection, one that’s geared towards our own requirements from plants.

We have been growing plants for thousands of years based on their performance and yield. But in the last few hundred years, we haven’t just been selecting what’s naturally put in front of us. We’ve worked out how to contrive sexual reproduction in plants so as to produce new strains and varieties with characteristics that are beneficial or desirable to us. These characteristics include: better pest resistance, higher yields, the ability to survive extreme growing conditions, size and shape and flower colours, to name but a few.

And, with the massive increase in global exploration which started around 500 years ago, plants species have been discovered and bought back to our fields and gardens which might never have made it to our shores without our intervention.

This has also meant that different, but related, plant species have been able to be grown side by side – something that has brought together genetic information that couldn’t have been combined before. Take for example the genus of plants that contains the much-loved butterfly bush – Buddleja.

The species that is most widely grown in British gardens, Buddleja davidii was originally brought to Europe from its native China and Japan. Subsequently, a quite different species, Buddleja globosa, was introduced from the south part of South America. 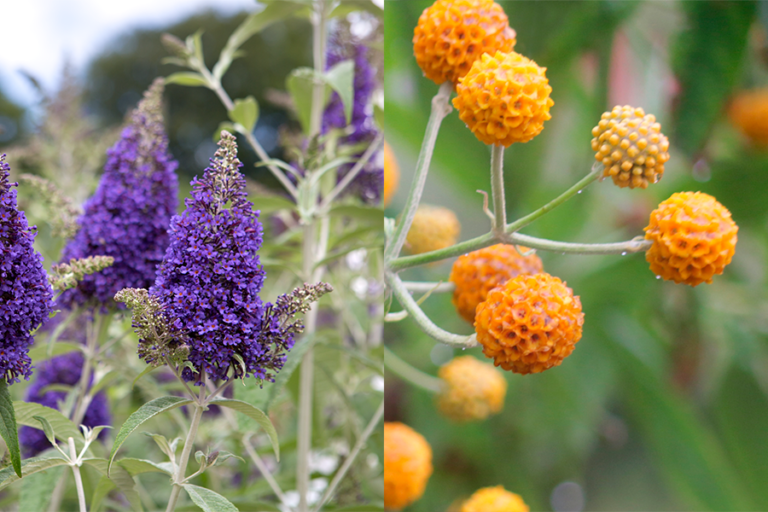 Buddleia davidii (left) originates from the Far East, while B. globosa (left) is native to the southern part of South America © BBC Gardeners’ World Magazine (left) and Getty Images (right)

The first species has elongated cones of small, pale purple flowers in the wild, while the second species has rounded balls of orange blooms. And they flower in different seasons. But brought together to grow alongside one another, the two species were able to mix their DNA to produce seed offspring with physical characteristics that are a mix between the two – namely Buddleja x weyeriana. 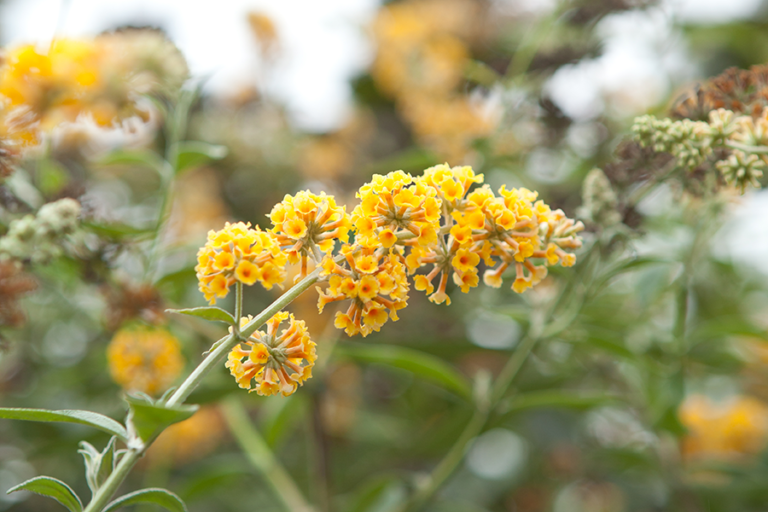 Buddleja x weyeriana combines the flower colour and form of B. globosa with the arrangement and flowering season of B. davidii – something that could not have occurred without people bringing these two species together as garden plants © BBC Gardeners’ World Magazine

This seed ‘sport’ (pictured above) has ball shaped clusters of orange flowers inherited from its B. globosa parent, but held in the long sprays in the style of B. davidii. And the new hybrid also shares its Far Eastern parents’ ability to bloom in summer, over many months, unlike the South American species which bears all its flowers in the space of a few weeks in early summer.

There are many other plant species that have been able to cross fertilise since people have brought them together. And such a diverse set of genetic material means that today vast numbers of hybrids, varieties and cultivars (cultivated varieties) are being added to our plant repertoire.

From such diversity, plant breeders have been able to breed and select for not only better health and performance, but also for some previously unheard of flower colours in ornamental plants – for example the blue rose, the red delphinium and the pink daffodil.

With the advent of, and advances in genetic engineering, the colour palette of our garden flowers may be stretched even further. Editing and replacing genes in the DNA sequence could see the arrival of blue daffodils and yellow bluebells – both of which might seem like a contradiction in terms. And, with micropropagation techniques requiring just a few plant cells to rapidly bulk up plants commercially, who knows? We may well be able to buy any plant we like, in any colour we like…