Gender and the world of work: a multifaceted relationship

Read how Yamila Pita summarises the introductory contents of this online course linking gender and labour markets.
© University of Basel
Congratulations! You have come to the end of the first week. This week, we presented a number of topics that helped us understand the role of gender in labour markets.

The following concept map looks at the key notions we worked on and discussed, and to which we will return in the coming weeks. You first explored the notion of gendered labour markets, which allowed us to challenge the premise that labour markets are neutral institutions. In fact, the gender roles, norms and relations present in society have a powerful influence on the way labour markets are shaped. 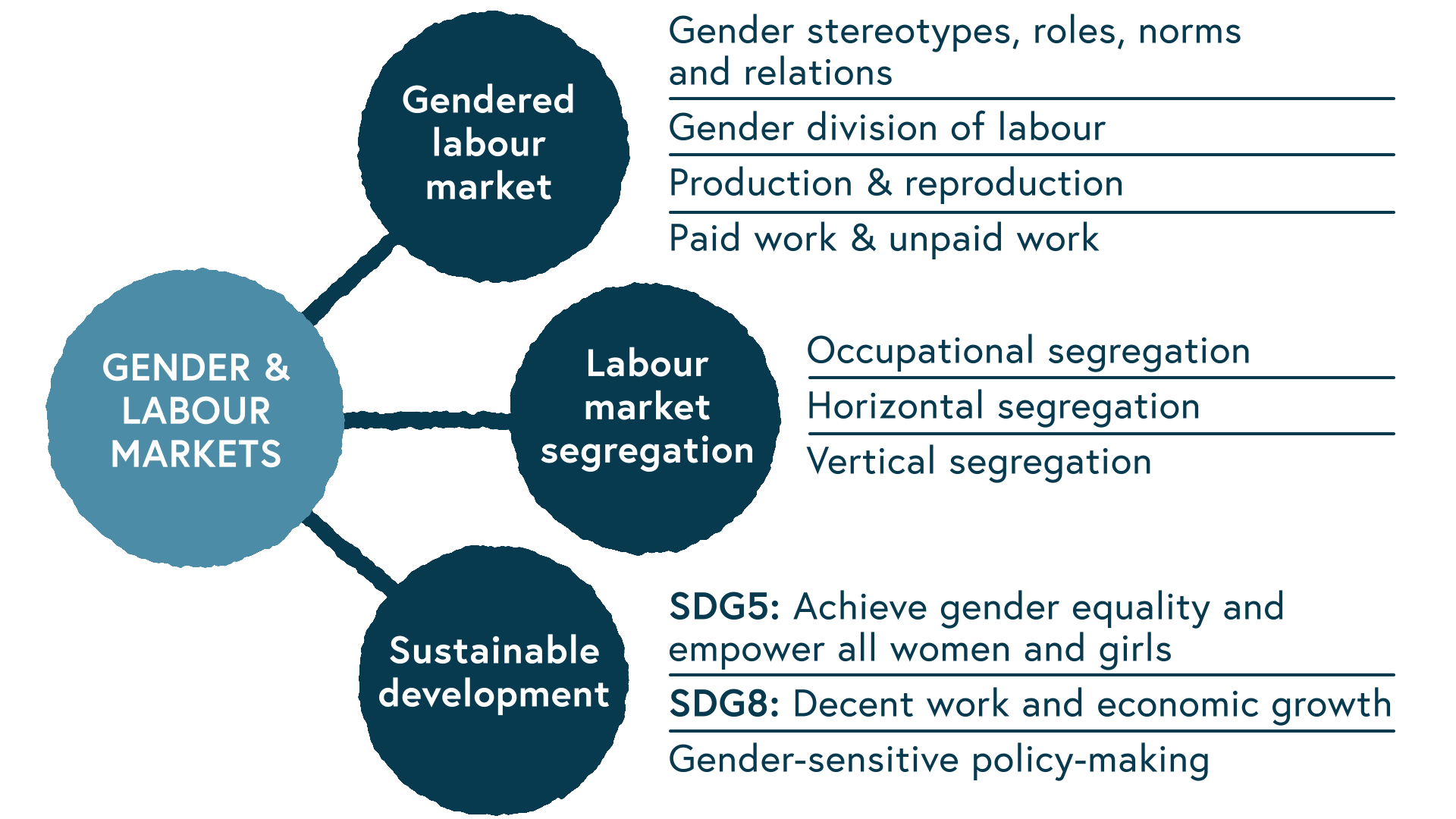 Concept map describing the notions discussed in the first week of this online course.

Gender roles, stereotypes and expectations divide labour along gender lines. This division organises the labour market. To be aware of it is central: with this division in mind, you can start to analyse the distinction between productive and reproductive and between paid and unpaid work.

Taking all of this into account is key to addressing several inequalities and gaps (particularly between women and men) in labour markets. Using a gender perspective allows us to understand the different ways in which female and male workers enter the economic sphere. In this sense, we presented the concept of segregation in the labour market. As we saw, there are different types of segregation (occupational, horizontal and vertical), which is why women mostly end up in irregular and informal jobs, of lower quality and lower status. By paying special attention to the informal sector, we were also able to see how workers – and in particular female workers – in the sector are exposed to precarious and vulnerable conditions.

Persisting gender stereotypes and gender hierarchies continue to be obstacles to gender equality in labour markets globally. It would be naïve to assume that there are magic recipes to fight the multiple existing inequalities in the world of work. However, transformative public policies (at global, national and local levels) can be a useful tool to address the issue and pursue gender equality.

In the same vein, we also highlighted the relevance of the 2030 Agenda and the United Nations Sustainable Development Goals (SDGs), particularly Goals 5 and 8 (and their corresponding subgoals). Gender equality and decent work are recognised as indispensable components of sustainable development, demonstrating once again the need to adopt a gender lens when addressing discussions around sustainability and labour markets. This perspective must also be considered in the policymaking arena, in order to develop and implement gender-sensitive policies.