Find out more
Home / Nature & Environment / Climate Change / The Challenge of Global Water Security / What is a water footprint?

Read an introduction to the water footprint, and how it is a concept that is relevant to consumers, industry, and government. 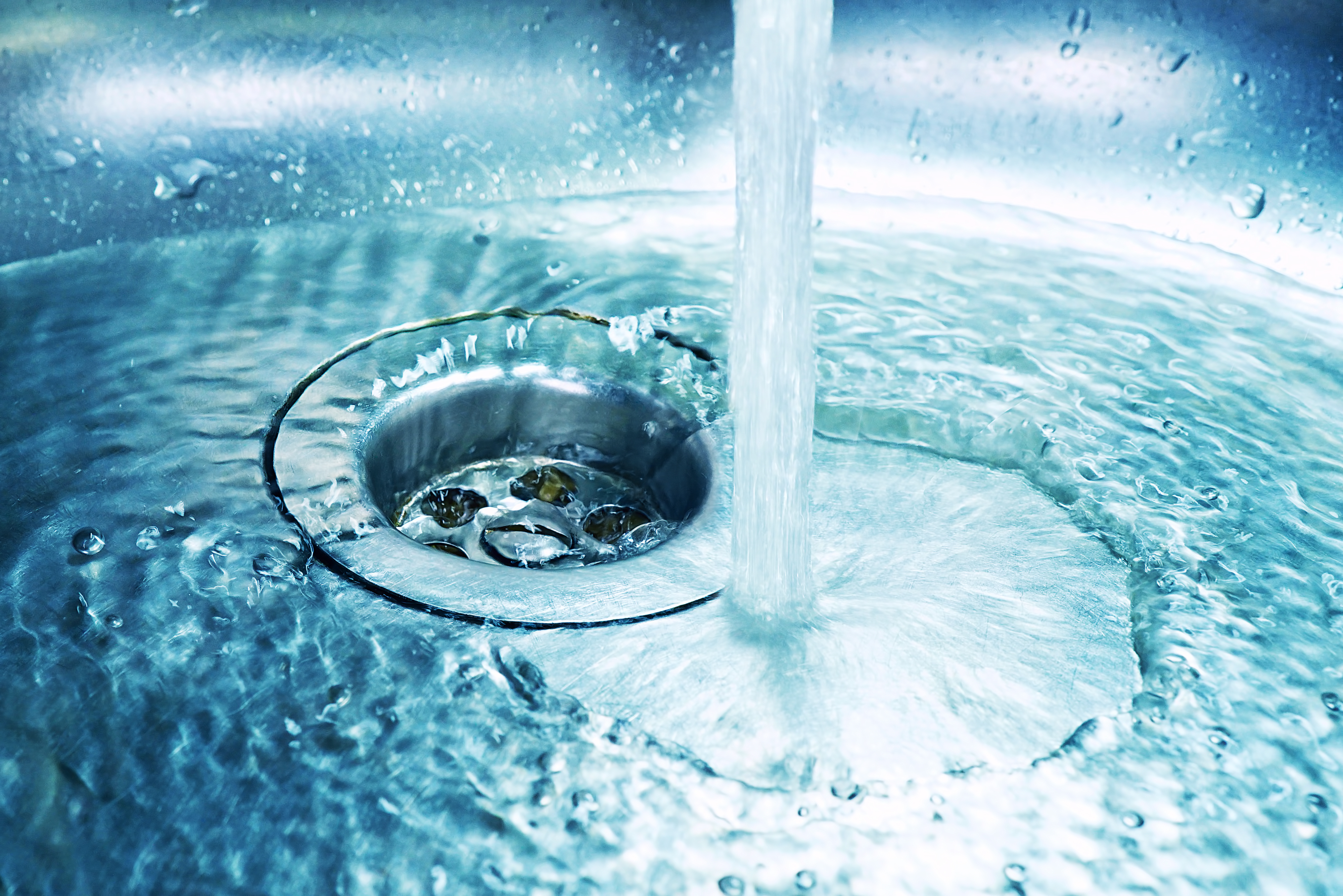 In this step we’ll introduce you to the concept of the water footprint, and show why the concept is relevant to consumers, industry, and government.

Where possible we use examples of water use to illustrate the concept.

The purpose here isn’t to delve deeply into the methods used in estimating water footprints, but rather that you gain some understanding of the wider implications of household and industry consumption on global water use.

After completing this activity you should be able to think more critically about:

“The amount of water directly and indirectly used (and that is not available for reuse in the short term) to support human consumption activities.”

Importantly the footprint concept allows us to estimate water use at different geographical scales and with these estimates of use to different groups. Then a water (and carbon) footprint might be estimated for a person, household, town, region, nation or globally.

When considering water footprints for regions and nations we also need to think in terms of virtual water i.e. the amount of water that is embodied in trade flows.

For example, when a nation imports agricultural products there was water employed in their growth and production, and that water is embodied in that trade flow, much the same as carbon and greenhouse gas emissions are also embodied in a nation’s trade.

What do we mean by water used?

Within this broad definition there’s also a need to think about different types of water. For example, there will be some freshwater resources which are ‘used’ but then return to the ‘system’ being available for almost immediate reuse. Then a comprehensive analysis of water footprints might differentiate: 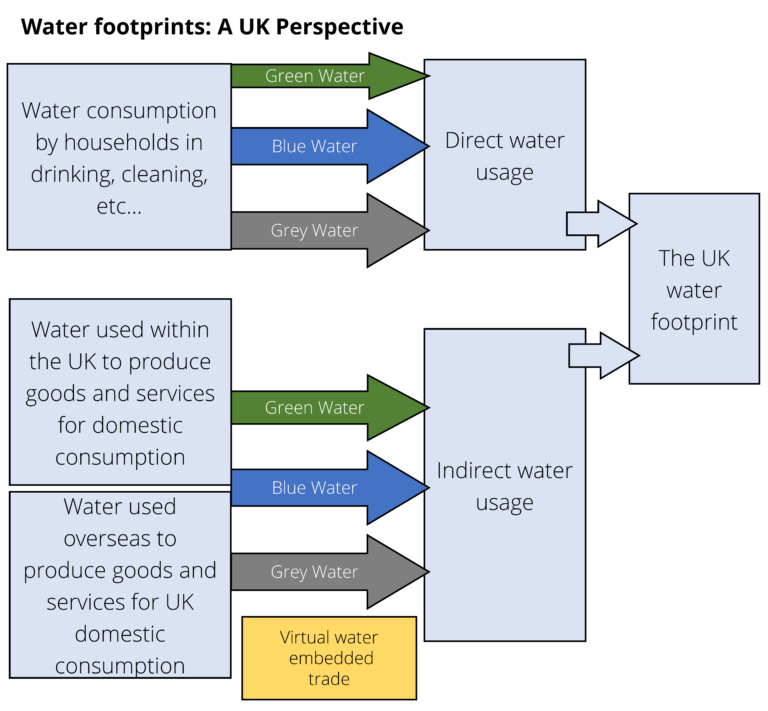 Diagram of the UK Water Footprint

The notion of a water footprint is a contested one with active debate as to measurement and methods.

In the next steps we will consider some simple scenarios to illustrate different thinking around how consumption and production decisions of industries and households impact water resources.