Dan Ryan, a curator at the Eden project, Cornwall, explains the key issues surrounding the production of palm oil.
View transcript
0.6
I’m stood in front of an oil palm. And this is one of its fruits. This is one of the most controversial but useful plants in the world. Oil palms are native to West Africa but are now grown all over the tropics of the worlds. Their uses date back through history. They embalmed bodies. They made foods. We cooked with them. But today there’s a really singular modern problem. During the colonial periods, rubber got taken from South America to Southeast Asia and grown in vast quantities on chunks of rain forest, in places like Sumatra, Borneo, and so on. As we discovered petrochemical rubber, that meant the need for rubber trees began to decline. So there was a gap in land use.
44.9
It turned out that this palm tree native to West Africa was perfectly suited to the tropical, steamy, peaty forest swamps of Southeast Asia. And entrepreneurs were never one to miss a trick. They spotted the gap in the market, when petrochemical rubber began to explode, and began to fill it with this stuff. Some people estimate that palm oil, the product of oil palm, is found in roughly 80% of products in your local supermarket. Some of these will be quite surprising to you. It’s in any margarine that you butter on your toast. It’s in nearly all the cosmetics you might put on your face or wash your body with. It’s also got a tonne of industrial applications, too.
84.2
The big growth of oil-palm crops at the moment is all led by biofuel production, which technically could be classed as a renewable energy but not if it comes at the loss of forests. So it begs the question, why has this crop taken over the world? Why is it in so many products in our supermarket? And why are the forests of Southeast Asia falling to grow this plant? The answer pretty simply comes down to yield. How much oil can we get per hectare of land? And when we look at its competitors, in the vegetable-oil marketplace– sunflower, olive, almond, whatever you like– oil palm produces five times more product per hectare than any of the competitors.
128.9
This very simple equation means it’s of extreme value to anyone looking to invest in it and for the big companies to fill their products with it. One really valid critique of oil-palm expansion into particularly Southeast Asia by environmentalists like me is, we don’t want this industry to keep expanding. We want the forest to remain standing. We want the carbon retained in the peat swamps. We don’t want the orangutans to die or the Sumatran tigers. We don’t want the Penan people displaced on Borneo, for example. But if we don’t expand the palm-oil industry, where are we going to get the vegetable oil?
167.2
We know that vegetable oil is found in all these products that we use daily, and it’s almost inescapable in its ubiquity. But if we’re looking to replace that crop, then we’re going to have to find a suitable vegetable-oil replacement. Now, if I wanted to grow sunflowers, I’m going to need five times the land area in which to grow it. That might leave us with a land-use deficit. And how do we plug this, over the whole world? This is one of the great dilemmas of modern environmentalism. What do we do about this crop that is so useful and yet so destructive at the same time?
200.3
There are lots of different individuals and organisations and marketplaces looking to make palm oil more sustainable. As a global community, we’re coming up with lots of different and interesting responses in how to improve the sustainability of the palm-oil industry. Some people are looking to improve the sustainability of the plantations themselves. Other people are working on the supply chains. Other people work on the biodiversity of the plantations and also trying to stop expansion into primary rain forest and, instead, plant on secondary rain forest or already-degraded agricultural lands. The responses are necessarily multifaceted, because this is such a vast and complicated issue.

Dan Ryan, a curator at the Eden Project, Cornwall explains the key issues surrounding the production of Palm oil.

Palm oil is one of the world’s most successful foods and ubiquitous products; it’s found in a huge range of food stuffs (often those classed as ‘processed’, which are estimated to be in 60% of supermarket products) and cosmetics, with a diverse set of other applications. It’s also one of the most controversial crops, as its growth is inextricably tied to the destruction and agricultural conversion of rainforests. This brings with it habitat and biodiversity loss, local food scarcity, community displacement and land degradation.

Palm oil is derived from the oil palm Elaeis guineensis that originates in West Africa. Human use of palm oil dates back thousands of years, there is evidence of people being buried with palm oil in ancient Egypt, reflecting the high societal value attached to the product. Today oil palms are mainly grown commercially in SE Asia (particularly Malaysia and Indonesia), Africa and South America.

Below is an aerial image of a palm oil plantation in Indonesia (Figure 3.2.1), illustrating the extent of these plantations and what monoculture looks like: 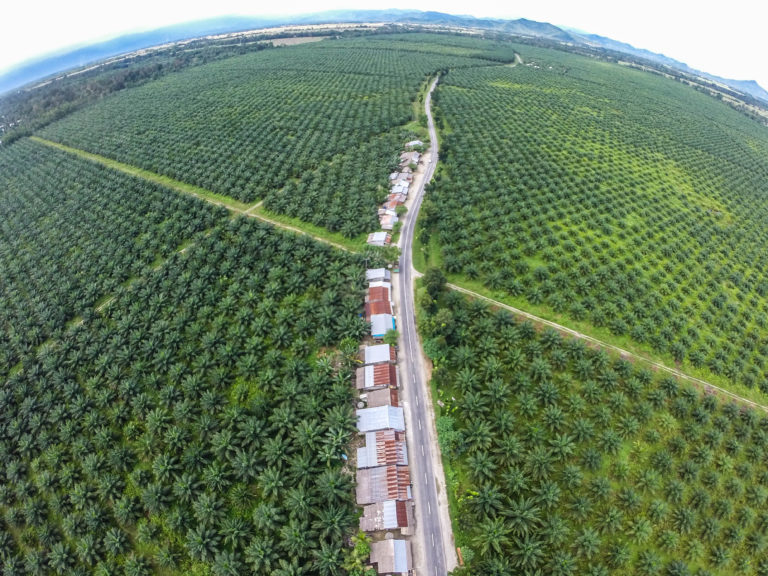 Figure 3.2.1. Aerial photo of a palm oil plantation in Indonesia. Photo by adiartana.

Where is oil palm grown?

The growth of oil palm is restricted to a belt of countries in equatorial climate regions. The largest modern day areas of growth are found in Nigeria and Indonesia (see figure 3.2.2).

The Modern history of Palm Oil

The forests of SE Asia have been plundered since colonial times for their timber and agricultural potential. For decades they were dominated by rubber plantations, but with the arrival of synthetic plastics these plantations began to lose commercial viability. The oil palm industry steadily grew in the latter half of the 20th century due to factors such as population growth, changing diets (to increasingly ‘processed’ foods), and health concerns over animal fats. To growers, palm oil is a super crop. It’s fast growing, high yielding (over 5x its rival vegetable fats, except coconut), and therefore relatively cheap. In some countries with the right land and climate, such as Borneo, the growth of oil palm came with catastrophic effects. 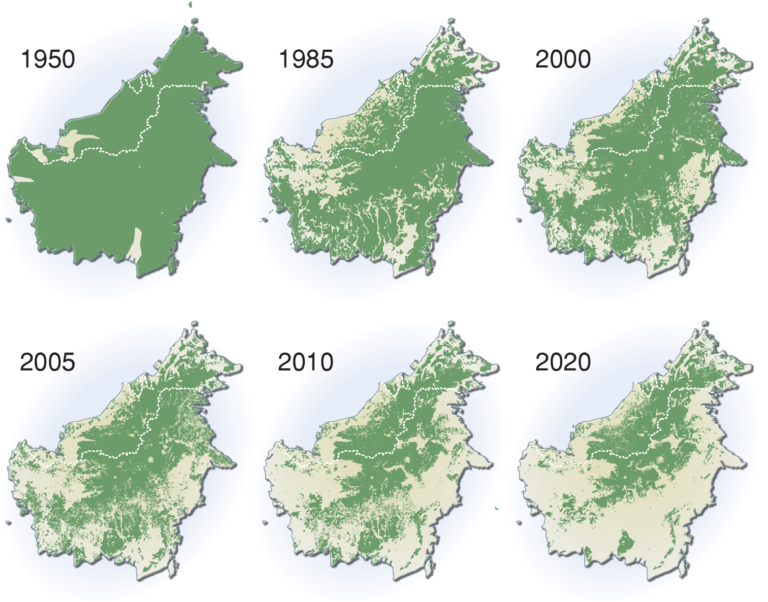 The loss of rainforest in Borneo

Figure 3.2.3 shows loss of Bornean rainforests since the middle of the 20th century. Borneo is shared by Malaysia and Indonesia, two of the main countries involved in the palm oil industry, and home to indigenous peoples, diverse forest landscapes, and extraordinary wildlife. A similar scenario is also being played out on the island of Indonesian Sumatra.

The complexities of palm oil intersect with some of the most important debates of our time. Those relevant to food security include the ‘land spare versus land share’ debate and the ‘food versus fuel’ debate.

Land sharing argues that ‘low yielding’ farming enables biodiversity to be maintained within the agricultural landscape. Land Sparing involves practicing high yielding agriculture, requiring a smaller area of land to attain the same yields, and therefore leaving greater areas of natural habitat untouched. How intensively we use landscapes may prove to be one of the most defining debates of our time and this is no more relevant for any other product than it is for oil palm.

The Food versus Fuel debate is well known, but is still a defining way to frame these issues. As the global community looks to reduce use of fossil fuels, a seemingly sensible approach is to replace petroleum oils with biofuels. Biofuels are a huge category of fuels, which are sometimes made using vegetable oils, such as palm, as the feedstock. If valuable agricultural land, growing palm or other food products, is used for fuel production, what are the potential impacts on food security? Will more land be needed to convert to agriculture to meet this growing demand? People see solutions to various challenges in different ways. Some call for a boycott; a UK supermarket has recently pledged to ban palm oil from its products, while some propose increased support for various schemes that aim to drive sustainability in the supply chain, such as Round Table on Sustainable Palm Oil (RSPO).

All of these issues are deeply complex. What, for example, would be the impact of replacing palm oil with sunflower oil? Figure 3.2.4 shows the difference in yield between oil palm and other common vegetable oils. Would this require more land to be converted to agriculture in other threatened habitats? 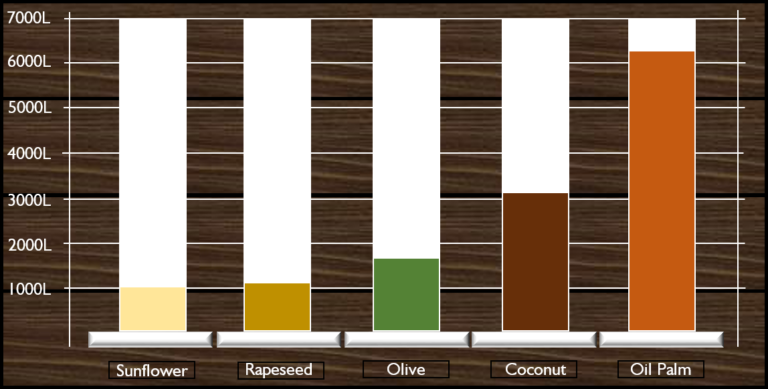 Figure 3.2.4. Yields of vegetable oil (in litres) per hectare of crop.

At the bottom of this page you can find links to related reading that explore the issues discussed here in more detail, should you wish to find out more!