Dr Juliet Osborne discusses the mechanics behind how insects pollinate the plants which produce our food.

For the agricultural industry, insects can be pretty serious pests of crops: eating and damaging the plants and fruits, or spreading disease.

But there are a great variety of insects that are beneficial to crop production, such as ladybirds and spiders that act as natural enemies to help control the insect pests, or insects such as bees and butterflies which play a crucial role in pollinating those crops.

In fact, we depend on insect pollination for the production of many seeds, fruits and nuts which contribute to a varied and nutritious diet across the globe.

Pollination is a critical step in the sexual reproduction of flowering plants. It is defined as the transfer of pollen (the male gametes) from the anthers of one flower, to the stigma of another flower. The pollen grain then grows a tube, down through the style, to reach the ovary of the flower. Here, the male gamete fertilises an ovule, producing an embryo which grows into a seed or nut.

This growing seed is often protected by the development of a soft nutritious fruit. For this process to work, pollen needs to be moved between flowers to ensure what is termed ‘cross-pollination’, and this means that something needs to transport the pollen. In some crops, such as wheat and maize, the pollen is transported by the wind.

In the majority of crops however, the pollen is transported by insects. Often these are insects specifically adapted to visit flowers to feed on their nectar (a sugary food source produced by the flower) or pollen. In doing this, the insect picks up pollen from one flower and then, on visiting another flower of the same species, deposits this pollen and effects fertilisation.

So, without pollinators where would we be? The Food and Agriculture Organisation (FAO) recognise this threat and have developed a Global Action Plan on Pollinators. Further information and the report they have compiled including a list of crops benefiting from insect pollination can be found via the link at the bottom of the page.

Over 300,000 insect species visit flowers for food rewards (such as nectar and pollen) or shelter, and so are potential pollinators. Pollinators come from many different types of insect families, particularly the Hymenoptera (ants, bees and wasps), Lepidoptera (butterflies and moths), Diptera (flies and midges) and the Coleoptera (beetles). The best known, and probably the most effective pollinators overall, are bees.

There are nearly 20,000 species across the globe, and the groups that are most well-known for pollination of crops are the honeybees, the bumblebees and a variety of solitary bee species, such a squash bees and leafcutter bees. These insects are so effective at pollination because they visit flowers to collect nectar and pollen to feed to their brood, and often exhibit ‘flower constancy’ which means they focus on visiting one species of plant during a foraging trip. When they do this, it is much more likely that pollen transported on their bodies will reach the stigma of a flower of the same species, so there is more chance that pollination will be successful. 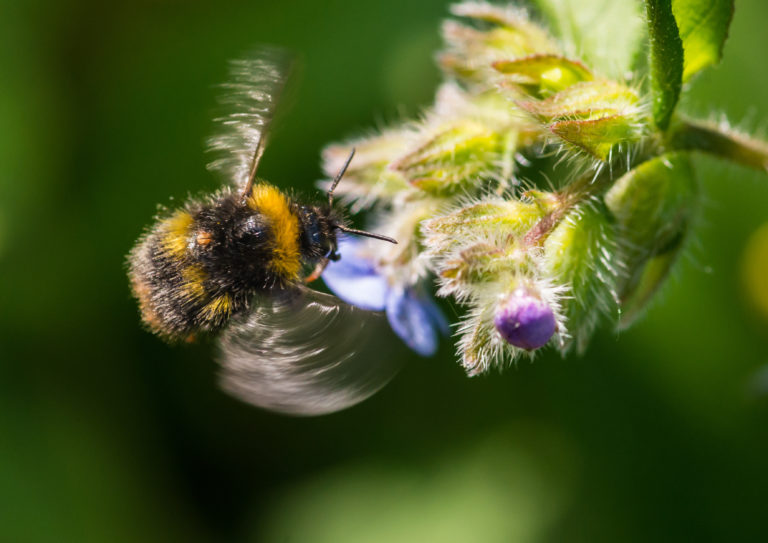 Successful crop pollination depends on abundant and diverse communities of insect pollinators available when a crop is flowering. We have seen declines in some pollinator populations over the last 20 years, due to habitat loss (particularly floral resources), prevalence of diseases and parasites, and also as a result of management of crops – such as the use of some insecticides and herbicides that remove flowering weed resources. This is a complex set of problems and different pollinators are affected differently. However, at the same time, there has been a global increase of around 300% in the production of crops that depend on insects so it is likely that the global pollination deficit is set to increase as we continue to manage land intensively. This of course goes hand in hand with the increases in global demand for food as our population grows.. 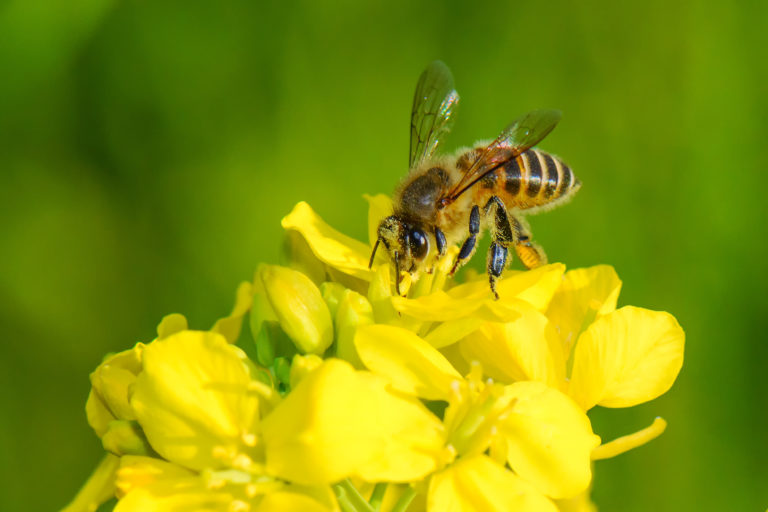 How can we manage pollination?

The best way to boost wild pollinator numbers is to ensure that floral resources are provided in the agricultural landscape throughout the season, and ensure the pollinators have nesting and over-wintering sites.

Having uncropped habitats and less intensively managed land will improve the populations and ensure resilient pollination services over the long term.

But, since crops flower intensively over large areas for short periods, growers often introduce managed colonies of bees (honeybees, bumblebees or solitary bees) to their fields to boost pollination and crop yields.

This is a temporary solution to a deficit in pollinators but can be an effective way of securing yields in crops grown over large areas such as almonds, apples, oilseed rape (canola) or alfalfa.

The downside to this approach is the potential of introducing novel diseases into the resident population of pollinators.