The private sectors in East Asian and Pacific countries can be grouped into three types; each type has different effects on the health system. 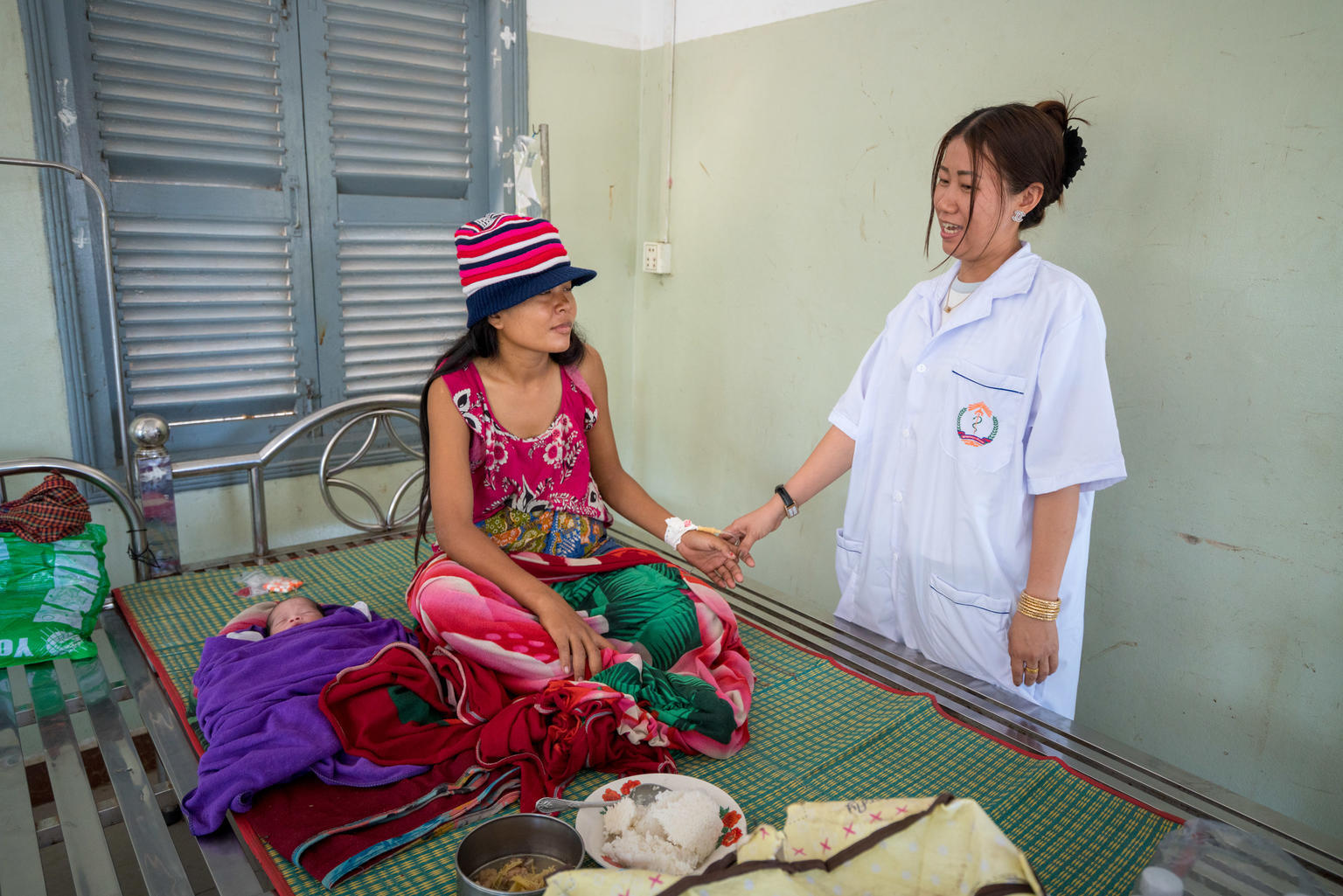 In most East Asian and Pacific countries, the private sector provides a very significant proportion of health services to the poor. This could be “good” (because the private sector is filling an important gap) or “bad” (because of cost, quality issues and equity). At present, it is not clear which, and of course the impacts of the private sector are much more complex than simply positive or negative. Use of the private sector, however, is nearly always linked to high out-of-pocket expenditures on healthcare, and therefore increased likelihood of household impoverishment.

A very simple way of thinking about the private sector in East Asia and the Pacific is in three groups, as shown in the following table (based on Montagu and Bloom, 2010, p10):

What might influence this difference in the public-private mix? There are several possible factors:

Health systems evolve within a sociocultural, political and economic context. Understanding the history of this context is important for understanding the current private-public mix, and what may be possible to achieve in future.

How can we measure the importance of the private health sector?

What appears to be a relatively simple exercise – determining the size and importance of the health sector, necessary for the kind of classification seen in the table above – is complicated by the variety of ways to measure importance, and the frequent lack of good data. Montagu and Bloom (2010) outline three categories of indicators that might be used to assess the prominence of the private sector:

Demand indicators measure the goods and services provided by the private sector (for example, number of caesarean sections performed). Demand data are usually the most available, and can be found in Demographic and Health Surveys (DHS), National Health Surveys and other similar datasets, although the quality and detail of data may be limited.

National healthcare financing is captured by the individual countries in National Health Accounts (NHA) data. Other prime sources include Demographic and Health Surveys and National Health Surveys. In addition, country specific data collection is often supported by the World Bank and national statistics and accounting offices.

Who uses which services?

International trends show that the poor and the wealthy are both likely to choose care from the private sector over government facilities, but they receive different types of care. Overall, the wealthy seek formal care, from hospitals, doctors, or pharmacies. But the poor are more likely to seek care from a pharmacy, traditional healer or a private family medicine practice, where the provider may be formally educated and licensed, or may not.

Take the example of Cambodia. The following pie charts show the source of private treatment in Cambodia according to income quintile: 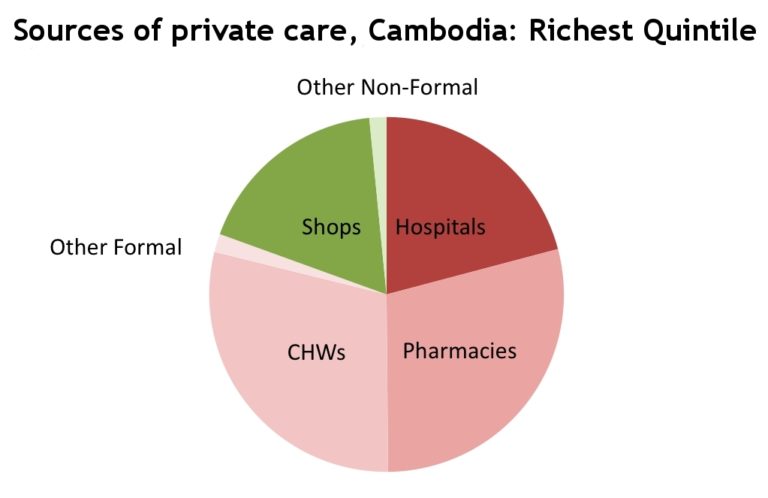 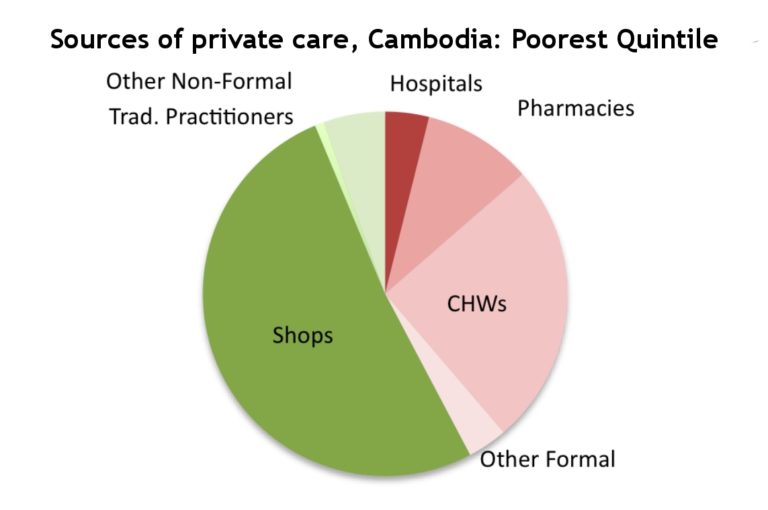 We can see that poor patients mostly self-treat, using advice from shopkeepers or pharmacists. If the burden of childhood diseases is significant for a poor family, then self-treatment with medicines from shops or pharmacies may leave the poor beyond the reach of government programs that seek to address these diseases through government delivery systems. While the correlation between private out-of-pocket expenditure and private provision is confounded by other factors (notably private expenditure in public facilities) the relationship is clearly causal – people who pay out-of-pocket tend to mostly access private providers..

In summary, the private sector is a large and important provider of healthcare for both the wealthy and the poor in Cambodia, but the poor are more likely to access practitioners with shorter education or who are unlicensed. The poor are also more vulnerable to out-of-pocket payments for services and medicines.

If you are in the Asia-Pacific region, do you agree with the three categories presented in the table as a good way to summarise the types of health systems in the region?

For those in other regions, do you think these three categories would capture all the health systems in your regions, or would different or new categories be needed?

Montagu, D, & Bloom, A, 2010, ‘Non-state providers and health service delivery in the EAP region’, in Background Report Prepared for UNICEF for the ADBUNICEF Workshop on “The Role of Non-State Providers in Delivering Basic Services for Children.