In this article, the practice of smoking meat is explained, its history is explored and the benefits as well as the drawbacks are discussed. 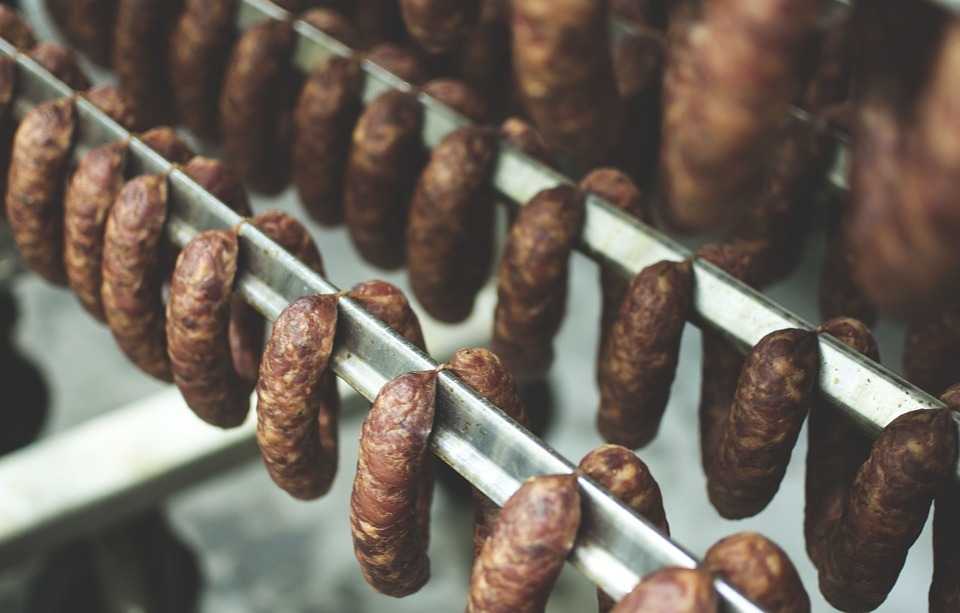 Many of us enjoy the flavour of smoked foods, but why do we do it and is it safe?

Smoking dates to prehistoric times and was originally used for the preservation of foods, especially meats. As you will have read earlier, drying foods is an effective way to preserve them, and smoking originated from the act of drying meats over fires. The fact that smoke imparted a different flavour was a happy coincidence, and over more recent years smoking has been used more as way to flavour foods, like meat and fish, than a way to preserve them. Different flavours can be produced by exposure to smoke from different materials, normally wood from oak, maple or fruit-trees, which will each give characteristic flavours. It is not just meat that is smoked. Peat is used to smoke the barley malt used to make some whisky. Lapsang souchong, sometimes referred to as smoked tea, is traditionally smoke-dried over pinewood fires.

Early smoking processes would be combined with first curing the food in salt or salty brine. It was common for farms to have outbuildings called smokehouses where meats would be smoked and stored. As other preservation techniques took precedent and the smoking process became one more focused on flavour, the need for salting has become less. The smoking process also has become more precise. In 1939, the Torry Kiln was invented in Scotland for smoking of fish, and which allowed for exact control of the process to ensure products of very consistent quality.

Early smoking processes were mainly ‘hot smoking’ processes where a meat would be cooked as well as smoked. However, it is also possible to ‘cold smoke’ foods, for example smoked salmon or smoked bacon, to impart a smoked flavour without cooking. When this is done, it is important that the meats or fish are first preserved by curing using a combination of salt, sugar, nitrite and/or nitrate. Smoky flavours can also be introduced by using ‘liquid smoke’ flavourings.

Safety of the smoking process has always been a concern. Initially the fire hazards involved meant that smokehouses were kept apart from other farm buildings. However, more recently the risk that smoking foods could possibly introduce polycyclic aromatic hydrocarbons which may lead to an increased risk of some types of cancer has been a more significant concern. Recent innovations are showing promise to address this problem. Researchers at the University of Reading have worked with a company (Besmoke) on a technology that effectively filters out undesirable polycyclic aromatic hydrocarbons, which are large molecules and cannot pass through the sieving material that is used in this process. Desirable flavour compounds are much smaller and are able to reach the food and impart their flavour.