This article explains what ionising radiation (or irradiation) is, its benefits and the regulations that make it safe to use in food processing.
© EIT Food

The use of ionising radiation dates back to 1895, when Röntgen discovered X-rays. He described them as ‘fast moving electrons’. By 1896 the technology was already being considered for the preservation of foodstuffs. The first patent using electron radiation was granted in England for preservation of flour. However, the technology was not applied at an industrial scale until efficient vacuum pumps needed for the generation of electrons were developed. In 1956 the first commercial equipment was built for sterilising medical products. High energy electron beams have been used ever since to sterilise medical devices.

From the second half of the 20th century onwards, this physical processing technology has been considered safe to use for food preservation. Food is exposed to electron beams for a short time with the aim of regulating biological contaminants. During the treatment, the product never comes into contact with the radiation source and it is not possible to induce radioactivity in food when using electron beams according to regulations and under permissible conditions. Besides inactivating microbes, irradiation also prevents insect infestation, can delay ripening and prevent vegetables from sprouting. Variations in treatment intensity and process-product interactions produce different outcomes. Sometimes described as ‘cold pasteurisation’, the technology offers a wide range of benefits to the food and feed industries by inactivating foodborne pathogens in solid and semi-solid products, and by reducing food loss and waste.

An electron beam is created by accelerating electrons to high energies and focusing them into a single beam using magnetic fields. When the electron beam hits the product, it receives a dose of ionising radiation. When it passes through the food, the ionising radiation is partially absorbed, so the technology is a way of delivering large doses of energy without heating. We measure the size of the dose in ‘Grey’ units. One Grey is one joule of energy absorbed by one kilogram or product (1Gy = 1J/kg). The doses typically applied to food are between 0.3-10 kGy and the maximum dose delivered to a food that should not exceed 10 kGy.

The absorbed dose should not be confused with beam energy, which refers to the kinetic energy of the beam. The energy applied to food should not exceed 10 million electron volts (MeV), as energies higher than that can break molecular or atomic bonds releasing free electrons and ions that go on to react with other particles and compounds.

The effect of irradiation on food

Proteins, fats and carbohydrates, as well as amino and fatty acids, are not largely affected by the treatment, even at higher doses. Minor changes can occur in sensory quality, especially in foods that are rich in fat, and it can produce changes in firmness in solid fruits. Some vitamins may be lost during treatment, however this loss is comparable to that produced by conventional drying processes or thermal preservation.

Irradiation technology is suitable for treating products contained within their final packaging. However, choosing the appropriate packaging material for electron beam processing is important. The advantage is that the treatment has no effect on the temperature of the product.

For most foods, the controlling factors are mass, bulk density, geometry and thickness. The penetration depth of the beam depends on the electron energy. The lower the energy, the lower the penetrability. Beams are differentiated by their energies: low energy electron beams are called LEEBs and high energy electron beam are called E-Beams. Beams with energies of 300 keV or lower are generally considered as low-energy or ‘soft-electrons’. Treatment with such gentle beams would produce inactivation of contaminants only at the surface of the product.

Commercial irradiation of foods is permitted in over 60 countries worldwide. [1] In the EU there are two main laws concerning foods and food ingredients treated with ionising radiation: Directive 1999/2/EC and Directive 1999/3/EC. The latter establishes a list of foods and food ingredients that can be treated with ionising radiation together with their maximum doses. The treatment is considered necessary and beneficial with no potential hazards. However, regulations require irradiated food products to be appropriately labelled. 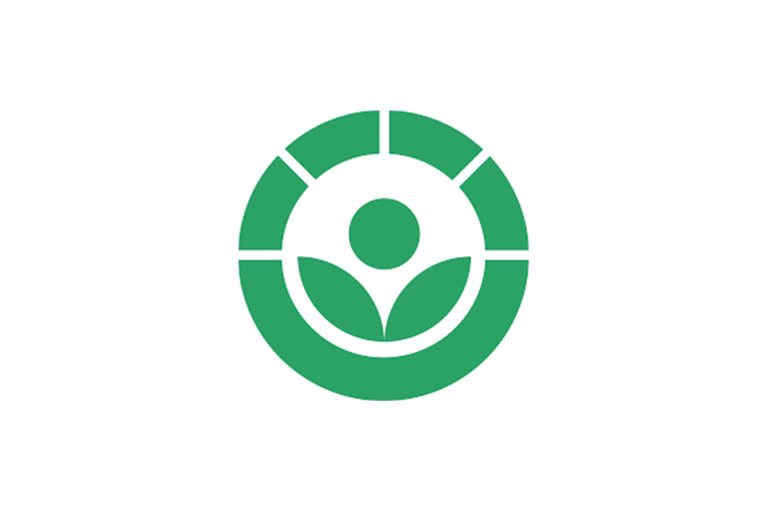 The ‘Radura’ symbol – an international label that may be used for foods treated with irradiation. Source

Due to a lack of consensus among Member States, these regulations are adapted at a national level; some countries allow only irradiated dried herbs, spices and seasonings, while others permit much wider food application. In 2015 there were 26 approved irradiation facilities within the EU in 14 states. A total quantity of 5686 tonnes of products were treated with ionising irradiation, 80% of which were irradiated mainly in two Member States: Belgium (68.9%) and Netherlands (11.1%). Germany accounted for 3.7%. The three main treated commodities were frog legs (54.7%), dried aromatic herbs and spices (16%) and poultry. [2]

An expert committee convened by the World Health Organisation (WHO), the Food and Agriculture Organization (FAO) and the International Atomic Energy Agency (IAEA) concluded in 1980, that food treated with an energy dose of up to 10 kGy can be consumed safely. However, irradiation is typically viewed with fear and mistrust by consumers. Studies have been conducted to understand the basis for this, and reveal that ionic irradiation is often associated by consumers with radioactivity and nuclear plants as well as cancer.[3] So, the risk would appear to outweigh the benefits. Better understanding of the technology and its benefits for food preservation and safety would result in increased willingness to accept the technology and reduce its negative image.

Has a better understanding of what irradiation is and how it is applied in the EU changed your perception of its benefits? Would you buy and eat irradiated food? Has your view changed since Step 3.10?

References can be found at the end of the last Step in Week 3 under ‘Downloads’.