Levels of processing (answer to question 8) 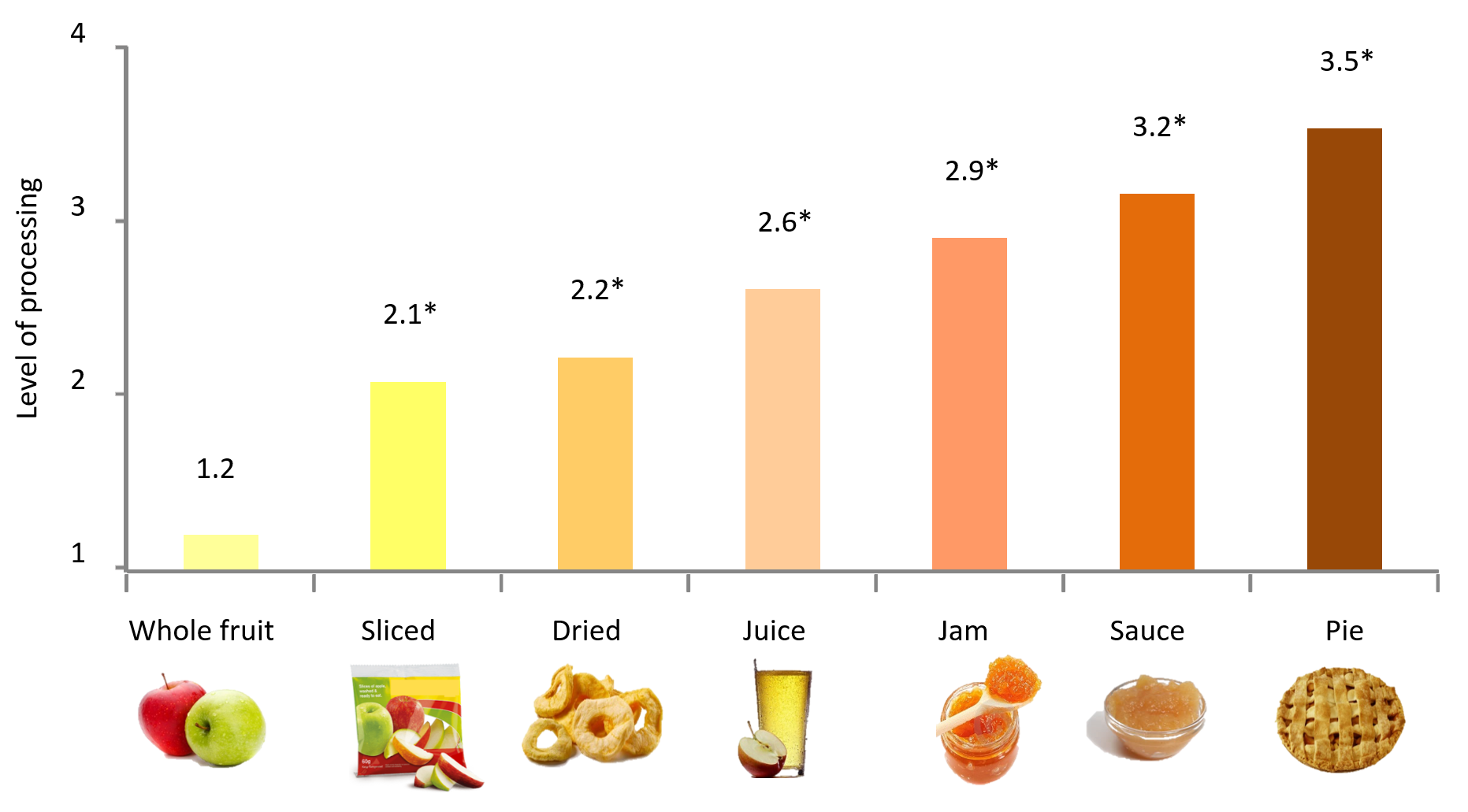 Figure 1. Bar chart showing the scores participants gave to a range of apple products. The asterisk denotes a p <0.05 in comparison with the least processed product (whole fruit).

Finally, the consumers were asked to rate a selection of products in four categories, ranking them on how ‘processed’ and ‘healthful’ they thought they were. 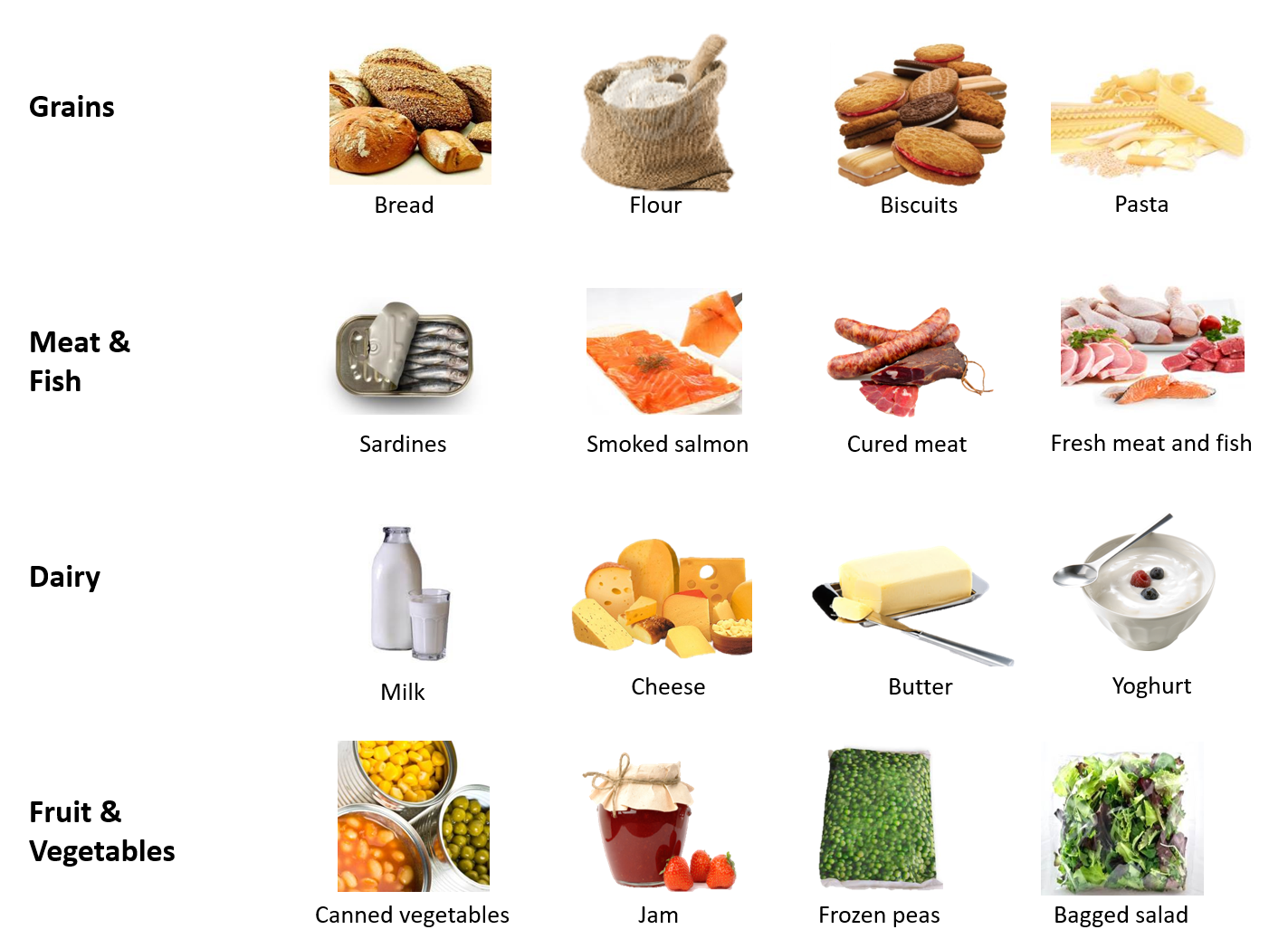 Processed vs. healthful (answer to question 9)

In all four categories, the difference between the product that was rated least processed and the other three, higher rated products was significant. In general, foods rated as more processed were perceived as less healthful, and vice versa. Only in the case of dairy products was no correlation found between the perceived level of processing and healthfulness. 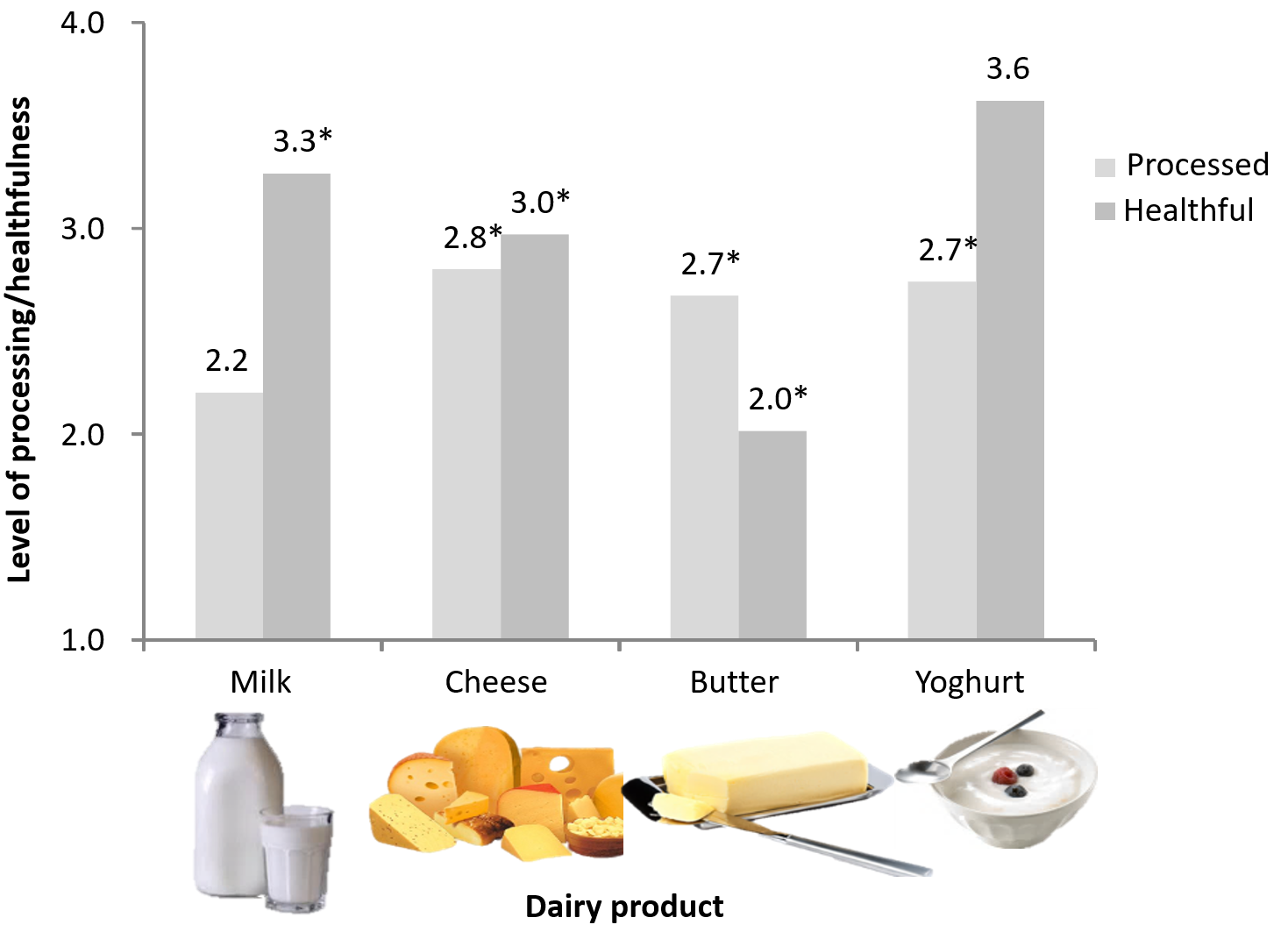 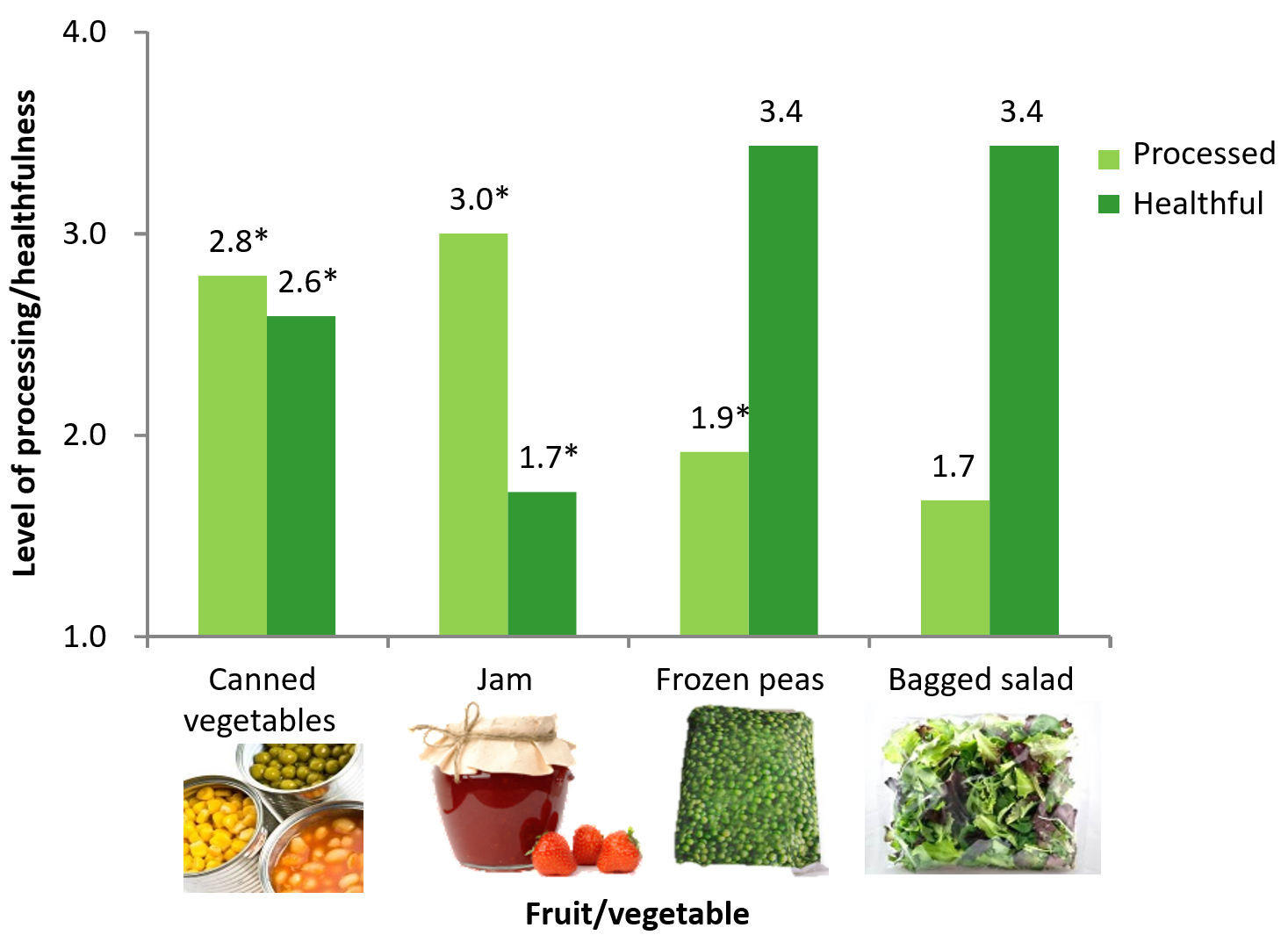 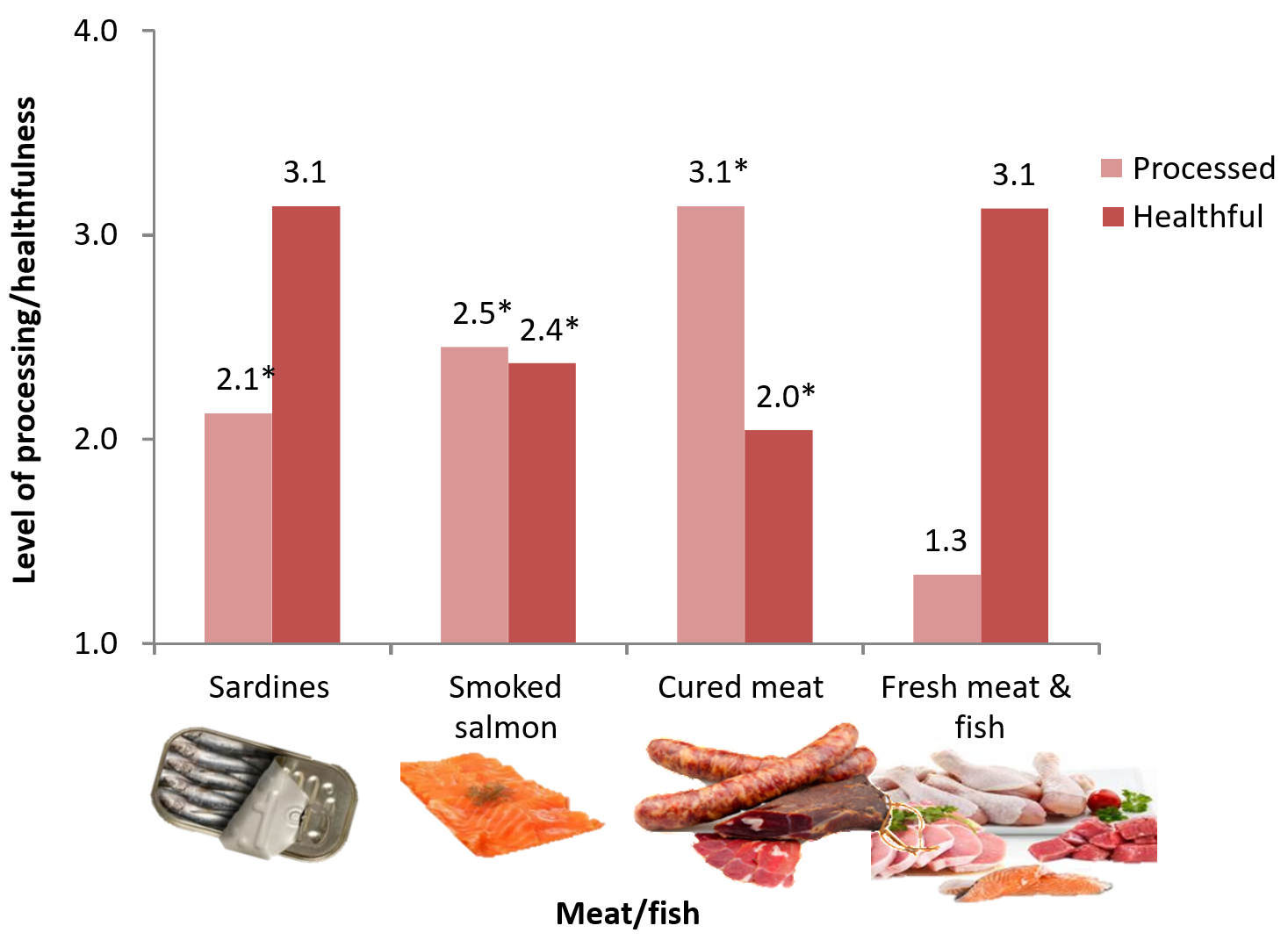 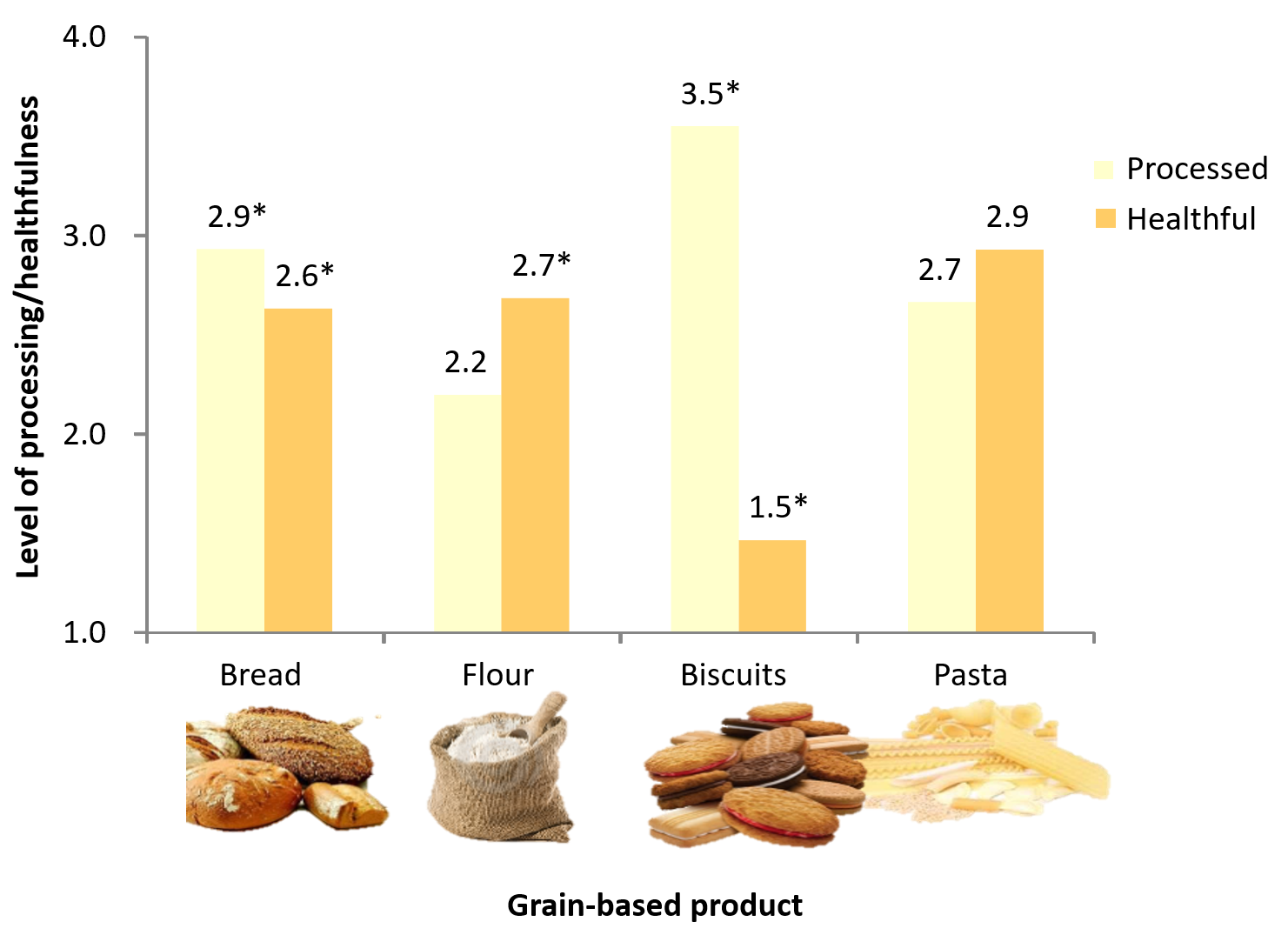 Figure 2. Average scores given to a range of products for food processing and healthfulness. The asterisk denotes a p <0.05 in comparison with the least processed or healthful product.