Professor Helen Smith discusses the long, narrative poem, 'The Rape of Lucrece' (1594) by William Shakespeare and its use of visual art. 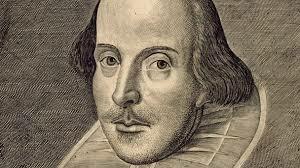 Note: this article, by Professor Helen Smith, discusses Shakespeare’s long poem, The Rape of Lucrece, and mentions both Tarquin’s rape of Lucrece and Lucrece’s suicide. Though the article does not discuss these aspects of the poem in detail, these are difficult and potentially distressing topics.

One of the most famous instances of literary ekphrasis occurs in William Shakespeare’s long, narrative poem, The Rape of Lucrece (1594). Lucrece’s husband, Collatine, away at war, boasts of her beauty and chastity. The villain of the poem, Tarquin, is overcome with lust. He hurries to Lucrece’s home at Collatium. During the night, he enters her room and rapes her. Overcome with sorrow and horror, Lucrece calls on Collatine, Brutus and the assembled Romans to take revenge on Tarquin, before killing herself.

The Rape of Lucrece has an articulate, compelling heroine at its heart. It is a demanding, difficult poem, in terms of its subject matter. And it is deeply concerned with vision, attempting to show as much as it tells. Throughout the poem, Shakespeare draws on the rhetorical technique of enargia, a term borrowed from the Greek word enarges, which means ‘visible, palpable, manifest’. Enargia aims to describe things in such lively terms that the reader feels as though they are seeing them, rather than reading (or hearing) about them.

Famously, The Rape of Lucrece contains a lengthy scene of ekphrasis, extending for an astonishing twenty-eight seven-line stanzas. In a peculiar moment, Shakespeare tells us that Lucrece risks running out of ways to express her sorrow: ‘The weary time she cannot entertain, / For now ’tis stale to sigh, to weep, to groan’. She stops for a while, ‘pausing for means to mourn some newer way’. At last, Lucrece remembers ‘a piece / Of skilful painting’, hanging in her home: an image of the Trojan wars.

The painting is so well done that viewers believe what they see is real:

Many a dry drop seem’d a weeping tear,

Shed for the slaughter’d husband by the wife:

Throughout his lengthy ekphrasis, Shakespeare insists on the painting’s striking realism. It is not just things or people that the painter depicts brilliantly. Shakespeare repeatedly tells us that the painting also brings complex and conflicting emotions to life. The hopeful Trojan mothers, for instance, watching their sons march to war, are painted in such a vivid way ‘That through their light joy seemed to appear, / Like bright things stain’d, a kind of heavy fear’.

Lucrece searches the bustling painting for the point of greatest sorrow. She finds what she is looking for when she discovers the elderly, grieving Hecuba: ‘On this sad shadow [painting] Lucrece spends her eyes, / And shapes her sorrow to the beldam’s woes’. Rather than just looking at Hecuba, Lucrece imitates her, learning how to grieve from the artist’s portrait of sorrow.

Throughout this lengthy passage of ekphrasis, Shakespeare goes into extraordinary detail about how the painter creates the painting’s effects. He even says that the artist doesn’t paint all of Achilles, instead allowing viewers to glimpse his body as it protrudes from behind his deadly spear:

For much imaginary work was there;

Conceit deceitful, so compact, so kind,

That for Achilles’ image stood his spear,

Gripped in an armed hand; himself, behind,

Was left unseen, save to the eye of mind:

Stood for the whole to be imagined.

At the same time as he brings the extraordinary detail of the painting into view, Shakespeare presents the painter as a literary writer. Like the poet, the artist engages in enargia, depicting things so vividly they appear to be alive. Describing Achilles, the artist turns their hand to synecdoche: the rhetorical technique through which a part is used to represent the whole.

This points us to one of the crucial things Shakespeare is doing in this implausibly extended scene of art appreciation. The ekphrasis explores and elaborates Lucrece’s emotional state. It draws political and military parallels: the rape of Lucrece, and Brutus’s revenge in banning Tarquin from Rome led to the founding of the Roman republic. But at heart, Shakespeare’s ekphrasis is a way of detailing the skill of the artist in order to show off the skill of the poet. After all, the real brilliance here does not belong to the painter: a product of Shakespeare’s imagination. It belongs to the poet: the extraordinary artist who manages to create through words a picture that is livelier and more vibrant than any painting.

Does the power of ekphrastic poetry lie in the art it describes, or in the way it describes it?

In other words, is the poetry more important, or the visual art?

Let us know what you think in the comments, below.