The new ethos of the University of York

How were York's academic and political priorities different from other universities? Dr Maddie Boden discusses the new ethos and its effects. 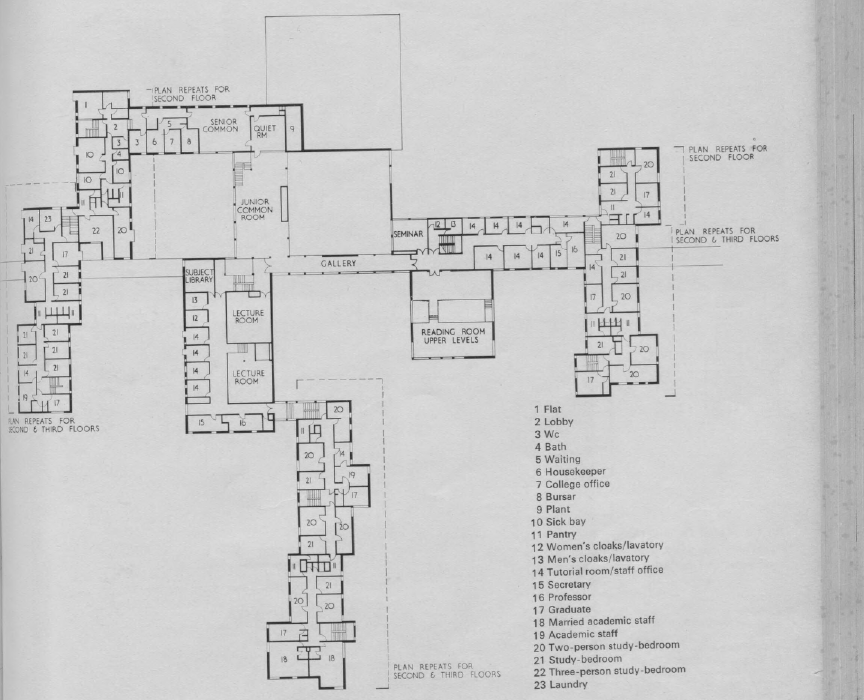 It wasn’t just the architectural style that ushered in a new era for the Plate Glass Universities.

Inspired by the fair-minded principles set out in the Robbins Report, the new universities sought to deliver more than just essays and lectures to their students but to also support and inspire them to become well-rounded people.

York was established as a collegiate university and still operates nine colleges on campus today. A collegiate university functions with both a central university administration and constituent colleges – a bit like federal and state law in America. Colleges typically function as halls of residence and centres for teaching. The collegiate system dates to the medieval universities such as Oxford and Cambridge, but York used colleges as a starting point to trial new ideas.

Langwith, Derwent and the other colleges at York were built as a “complete environment” with residential, social and work spaces in close proximity to one another. The underlying principle was that the college would become a community for students, academics and support staff. Everyone would eat together, pass one another in the corridors and socialise in one of the communal spaces.

The architectural layout of the campus was an important tool to physically ground these principles. In the image above, you’ll see a ground plan for Langwith College, one of the first two colleges built with CLASP. Ground plans are important visual source material, particularly for architectural historians, to read the overall layout of a building. You’ll notice that the Junior Common Room is at the heart of the college and served as a hub where undergraduate and postgraduate students could socialise with each other. Just off the Common Room, you’ll see a narrow corridor marked Gallery. This was the student-led art gallery, later named the Norman Rea Gallery. Spaces for art were built into the college from its foundation and supported the college as a communal living space. Exhibitions were mounted by a voluntary committee comprised of students and staff and featured artists from the University, the local area and across the UK.

From this analysis of the ground plan, we can see that the architecture, and by extension, the art on campus, was tasked with not only being well-made and pleasant to look at, but also to be socially useful. Art and architecture now played a fundamental role in university education.

York had ambitious ideas and methods for educating its students. What do you think of the new approach to university education? What effect do you think the collegiate system might have on a student’s education?