In this article, we'll review an example of architectural sculpture in Derwent College. 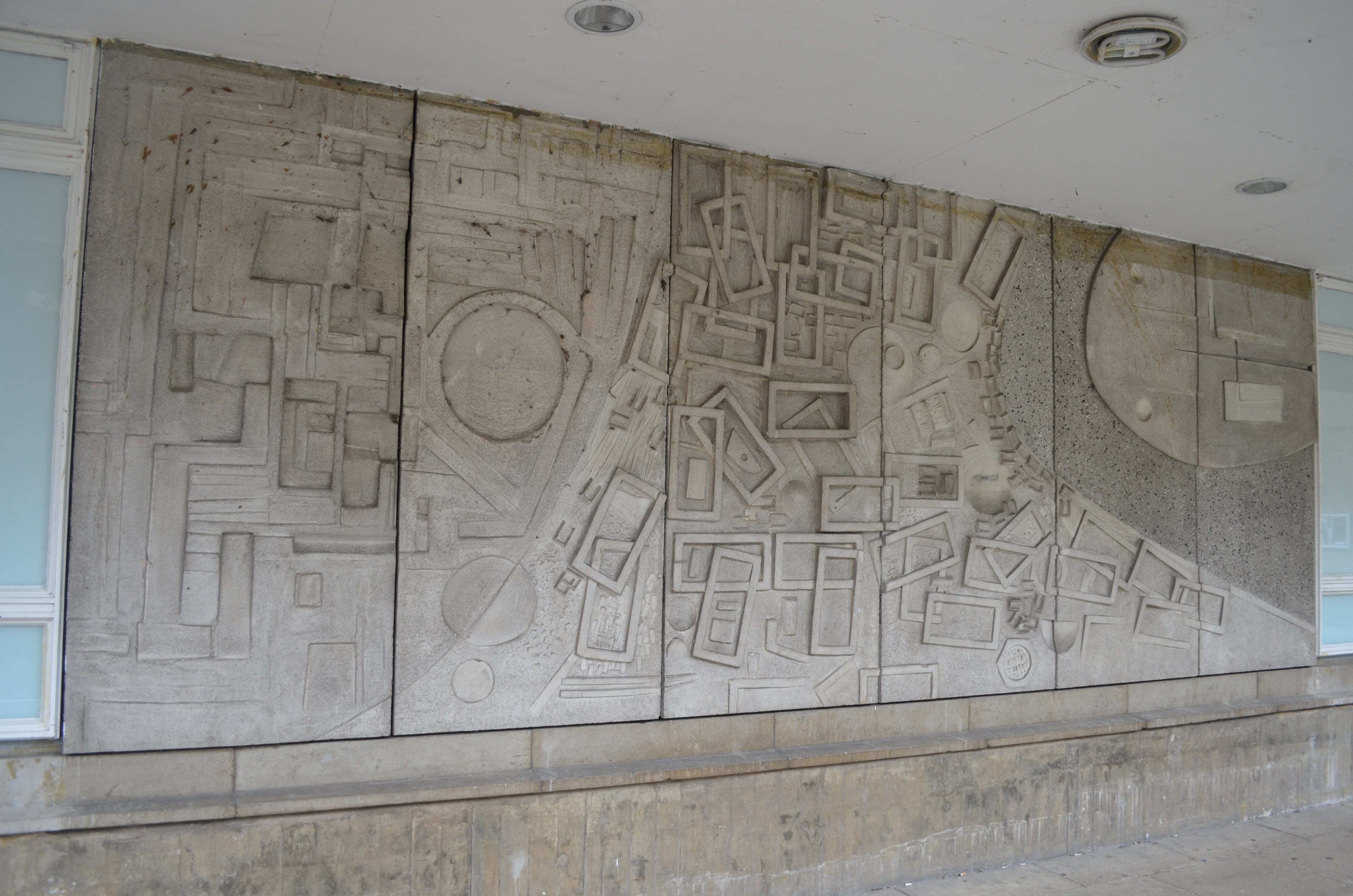 The ground plan of Langwith College helped us to understand the social character of the architecture. We saw how spaces such as the Junior Common Room and art gallery contributed to a sense of communal living for students.

However, while the ground plan is useful for understanding the layout of the college, we need to look at a different kind of object (a photograph) to understand how art was incorporated into the fabric of the building.

The six panels in these pictures were created by the artist, Fred Millett (1920-1980) who trained at the Central School of Art and Design in London. They line the main outdoor walkway of the college and are made of concrete, the same material as the pre-fabricated frame of the building. Unlike the allegorical figures on the British Museum, Millett has created an abstract design with interlocking rectangles and circle randomly distributed across the surface area. To some viewers, the panels might appear to them as a map or a bird’s eye view of a landscape with buildings and natural features. In this sense, the sculpture mimics architecture with abstract, geometric shapes that can be read as buildings. It is even made from the same material, concrete, and therefore blends smoothly with the surface of the building.

The art historian, Penelope Curtis notes how modern sculpture increasingly blurred the boundaries between sculpture and architecture. She writes,

“The essential ability of sculpture and architecture to complement one another is demonstrated rather in their collapse into one another.”

Beyond the University, modern architects were interested in the different ways sculpture could complement their designs. Walter Gropius, the founder of the Bauhaus, established a firm called The Architects Collaborative, which designed buildings that efficiently combined painting, sculpture and architecture. The French architect, Le Corbusier believed, “The finished building is an expression of the three major arts in unison.”

Fred Millett’s concrete panels are an example of how sculpture was incorporated into the architectural surface of the University’s buildings. The abstract design, made from concrete, demonstrates how sculpture responded positively to some of the modern innovations taking place in architecture.

Do you think the concrete panels suit the style of the building?