Dr Maddie Boden guides learners through a close reading of Hepworth's Single Form (Antiphon) which is displayed near the Music Department at York. 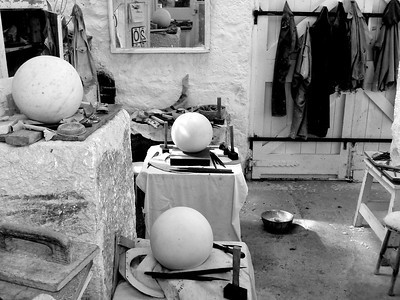 Single Form (Antiphon) is one of the major sculptures in the University of York’s collection.

It is displayed outside, like many of Hepworth’s other sculptures, near the Music Department where we’ve already encountered Bust of Ralph Vaughan Williams and Singing Stone. Let’s apply some of our close reading skills to look at this wonderful, characteristic piece of Hepworth sculpture. 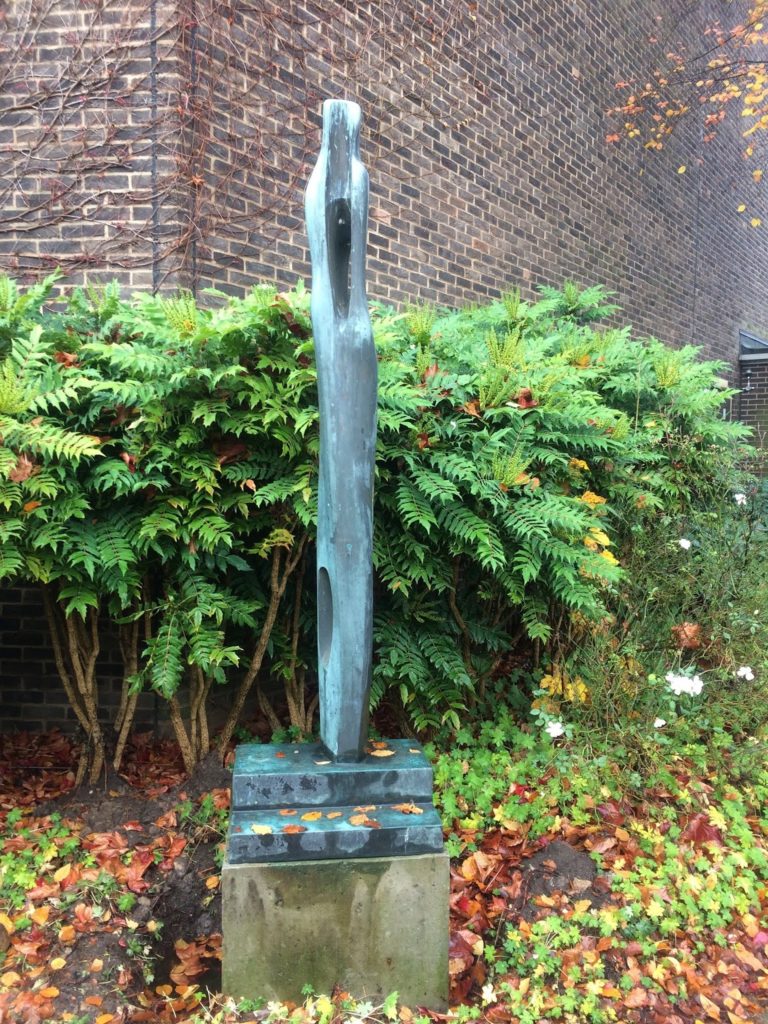 Taking a front-facing view of the sculpture, we can see it has soft, curved edges that are reminiscent of a piece of driftwood or coral. Turned on its side, it might resemble a rolling landscape. However, Hepworth sits the piece upright – mimicking a human looking out on to the horizon.

While we’re focusing on the importance of sculptors and their Yorkshire roots this week, St. Ives was another important British locale in Hepworth’s life and work. She and her family moved to St. Ives, on the Cornish coast, in 1939. The local landscape, with scenic cliffs, beaches and coves, introduced Hepworth to ideas about how the human form could exist in harmony with the natural landscape.

“I was the figure in the landscape and every sculpture contained to a greater or lesser degree the ever-changing forms and contours embodying my own response to a given position in that landscape … There is no landscape without the human figure: it is impossible for me to contemplate pre-history in the abstract.”

Hepworth uses Single Form (Antiphon) to convey the experience of being a figure in a landscape and the ephemeral sensation of experiencing place.

You may have noticed that the part of the title of Hepworth’s sculpture, Antiphon is Greek in origin: anti meaning opposite and phon meaning voice. An antiphon is a type of call-and-response chant, typically sung during a Christian service. Sculpture and music share a close relationship as two of the classical art forms, along with painting and literature. Hepworth was particularly interested in the parallels between her sculpture and music. She collaborated with the South African composer, Priaulx Rainier, on several projects and he later introduced her to sixteenth-century antiphons by the English composer, Thomas Tallis. Several of Hepworth’s sculptures reference the idea of polyphonic (more than two voices) music. Hepworth wanted her sculpture to convey a sense of movement and energy in a single, static form, just like the joining of two or more voices in a single song.

In 1953, Hepworth carved Single Form (Antiphon) in boxwood, a light wood commonly used for carving. It wasn’t until 1969 that she decided to have it cast in bronze. Making sculpture is a collaborative process created through the work of several people, not just the artist. Hepworth had a handful of assistants at her studio in St. Ives and when she decided to cast Single Form (Antiphon) in bronze, she sent a plaster prototype, made in the St. Ives studio, to the Morris Singer Foundry, one of the oldest art foundries in the world. Like industrial foundries, Morris Singer worked with heavy metals such as bronze, but they specialised in making sculpture rather than industrial products.

During the casting process, Single Form (Antiphon) was completely out of Hepworth’s hands. It returned to her some weeks later as an almost-finished piece. Bronze casting is also a reproductive technology which means that more than one sculpture can be made from a single mould. There are seven versions of Single Form (Antiphon), including the one in York. At first, this might strike you as odd and make the sculpture feel less unique as a piece of art. However, in the twentieth century, reproductive technologies such as photography became popular in modern art and sparked debates in art history about the value we attach to authenticity and originality.

Hepworth carefully controlled the number of editions produced for each of her sculptures, but these multiples allowed her to make more money from single pieces and for her work to be seen at museums, collectors and institutions all over the world.