How did Dryad come to occupy one of the most picturesque spaces on the University of York campus? In this article, Dr Maddie Boden discusses Dryad. 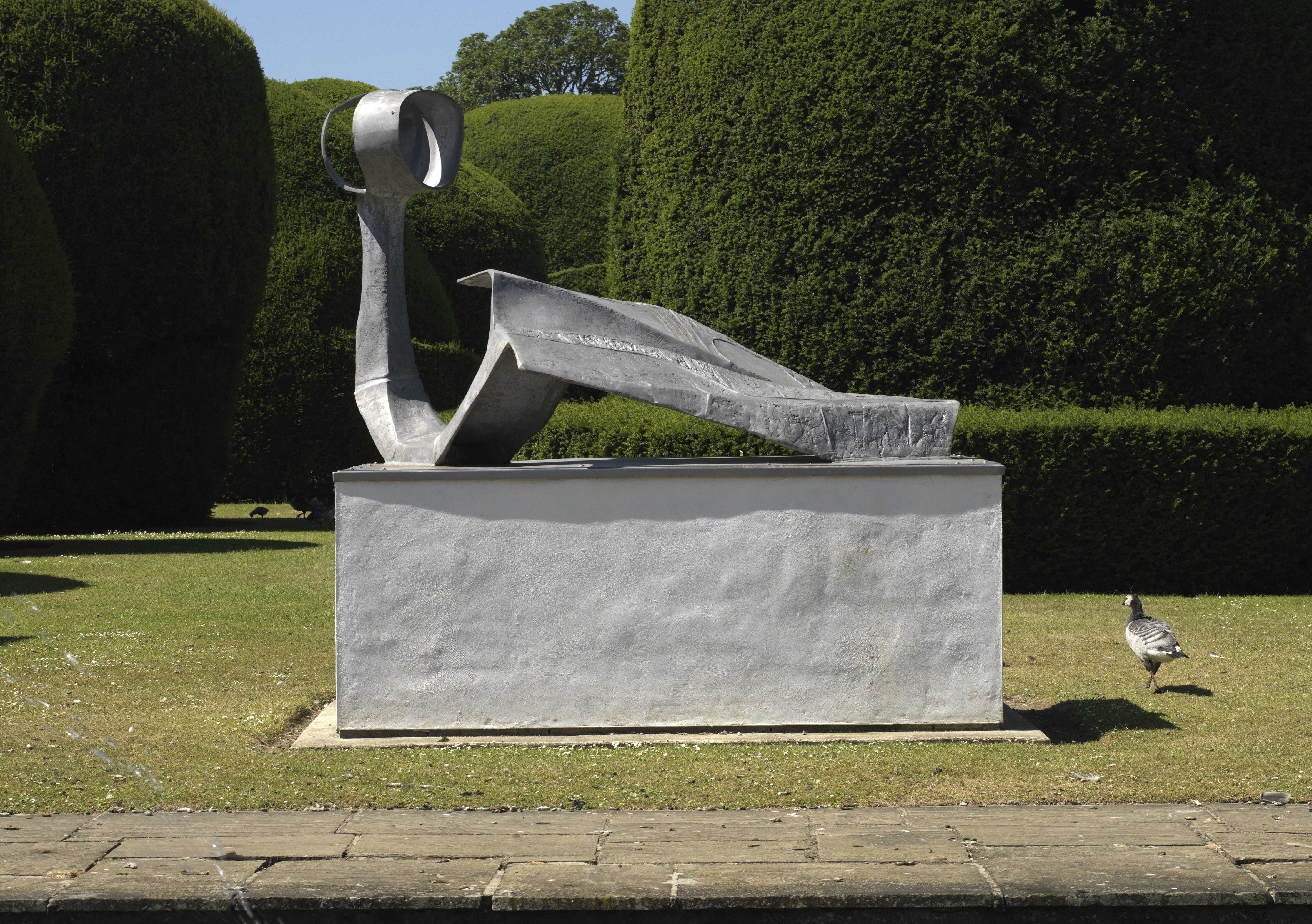 Austin Wright’s first large-scale commission for the University of York had big shoes to fill.

It was due to replace a Henry Moore sculpture that had been in place since the founding of the University. However, Wright’s aluminium abstract form immediately suited the quiet, green space where it was installed alongside a rectangular pool and has since become one of the most recognisable pieces of sculpture on the York campus.

Let’s look closely at Dryad. The aluminium body is an arching horizontal form, extending upwards on its left-hand side to form a double ring. The sculpture has something of the appearance of a reclining figure – echoing the original Moore sculpture that occupied the space. The surface of the aluminium is smooth at the head but has a variety of textures along the body. It is set on a rendered rectangular plinth with a stainless-steel top and concrete base.

Dryad is characteristic of much of Wright’s work which expressed his interest in natural forms. Like Hepworth and Moore, he took inspiration from plants, the human figure and the Yorkshire landscape. Wright was particularly interested in the complex structure of plants which he observed from his studio at the bottom of his home’s garden. How, for example, could a thin stem support a wide, heavy flower? We can see this interplay between balance and form in Dryad as the thin head is supported by a tapering ‘stalk’ which is balanced across the plinth. This approach to bending and undulating forms suited sculpting in aluminium. Thinking once again about the importance of materials in sculpture, aluminium is more flexible and lighter than bronze. It was a material readily adapted by bending and cutting to the twists and turns of his own imagination.

The artist’s biographer, James Hamilton wrote about Dryad as: