Read Harriet Powell's account of a 'A Dream Wedding', an example of Community Music Therapy in action

A good example of this is a particular musical event that took place at a time when ideas of ‘Community Music therapy’ were still being formed and questions about the limits of music therapy were being hotly debated. In 2001 Harriet Powell was working as a music therapist in a social services centre for older people in a deprived, multicultural area of London. The centre catered for over 50 people, many with dementia. Powell’s work there was very varied, including planned individual music therapy sessions and more spontaneous group sessions.

In addition to these music therapy sessions, Powell describes a musical event, ‘A Dream Wedding’, in the book Community Music Therapy that we referred to in the previous step. ‘A Dream Wedding’ arose out of the circumstances and people at the centre. It was not originally planned by Powell, and in fact she was initially doubtful about the idea, as you will see in her description of its origins:

Myrtle, a member of the care staff, had the ambition to do a performance … She had a lot of ideas but not the confidence to make it happen on her own. I wanted to help but also wondered whether this was part of my role as the music therapist. At first I wasn’t sure. Myrtle told me that Gladys, one of the residents who had learning difficulties and had been inappropriately placed here many years earlier, had been talking about the fact that she had never been married and most of the other residents had. Gladys wanted to experience being a bride at a wedding, and Myrtle thought that we could make a musical play about a wedding with Gladys acting out being married. (I was even less sure.)

However, we steered a delicate path in collaboration with staff and residents devising a musical performance with elements of pantomime, concert and cabaret. This would clearly separate fantasy from reality. We planned the framework over about two months (very loosely based on the Cinderella story), developing our wedding theme with the residents in Myrtle’s ‘coffee morning’ sessions. Everyone shared memories of their weddings and songs they remembered and ‘A Dream Wedding’ was the result.

This content is taken from
Nordoff Robbins online course,

View Course
Despite her doubts about her role as a music therapist, it seemed right to Powell to continue with an idea that seemed so appropriate for so many people at the centre. Powell was thinking not only of Myrtle and Gladys, but also of people like James, a frail and withdrawn elderly resident. James had started to engage more in individual music therapy sessions when he rediscovered his love of playing the harmonica. A performance might offer him wider opportunities and recognition.
Here is part of Powell’s description of the performance:

The dining area of the day centre has been decorated beyond recognition with flowers and a glittering green backdrop. On stage, seated in a semi circle of two rows are the cast of 32; residents, care staff, the daughter of one of the residents and the music therapist. There is a buzz of excitement as the audience settle into their seats and the average age drops by about 20 years. Friends and relatives, children, grandchildren and great-grandchildren of the performers arrive. There are some loud shouts as a member of the audience, a resident with dementia, becomes distressed. John slowly gets up from his seat at the centre of the stage area and announces into the microphone: ‘Good afternoon, ladies and gentlemen.’ There is a hush. “Thank you for coming. You’re all welcome.’ Applause. James begins to play Beautiful Dreamer on harmonica accompanied by the music therapist on piano. Whatever happens will happen…

To the continuing strains of Beautiful Dreamer (played by James on harmonica) Cinderella (played by Gladys who has learning difficulties) enters, sweeping the floor. Cinderella sings All I Want is a Room Somewhere and bemoans the fact that she has to do all this work and nobody loves her. What she’d really like is Prince Charming to sweep her off her feet. A Fairy Godmother (Denise, daughter of resident, Louise) appears and says she will take her off to Dreamland where she might meet him. The whole cast sing Meet Me Tonight in Dreamland while several couples from the cast come forward and waltz to the music. Cinderella is whisked away by her Fairy Godmother and Jane (who is 95) sings a solo of the Everley Brothers song Dream, Dream, Dream, performed with a group of six care staff. All but one of them are African Caribbean. Jane has lived in Hackney all her life.

Susan recounts her courting days and sings ‘Ma, He’s Making Eyes at Me! She acknowledges the applause with a bow, a beaming smile and ‘Thank you very much’ to the audience. More songs, sketches and personal memories about weddings are performed or told by staff and residents. Some songs were chosen with the residents in the planning stage. Some songs start spontaneously and the music therapist accompanies – whatever the key.

Wedding memories of the residents are prompted by questions from the staff or music therapist (a ‘roving microphone’ amplifies their answers). … a member of staff describes her wedding day. Susan says ‘Well done!

The performance continues with songs, stories, sketches and conversations, both planned and unplanned, involving residents, staff and relatives all together, until James returns with his harmonica for the finale:

James plays harmonica as staff and residents dance. Cinderella returns with her prince for the wedding celebrations. The Fairy Godmother says ‘Doesn’t she look lovely? Must fly – I’m off to play the drums!’ She joins three day centre users who are playing percussion. We sing a medley of wedding songs and the Fairy Godmother and music therapist sing Making Whoopee as the cake is cut. We sing a specially composed song ‘Oh, What a Dream!’ which the cast are now familiar with and staff and residents dance together. From the wider community, the Community Line Dancers perform. They are older people from another day centre. Susan and Jane start up well-known songs and lead us all in singing, including the audience. The manager joins us in the final song and takes over the lead of a ‘Good-bye and thank you’ sung to each performer individually and to which some respond. (The song was originally improvised in one of the staff music sessions.) Balloons are let down from the ceiling, food is brought in, the cast and audience eat, drink and dance together for some time after the performance ends.

It sounds like an absolutely lovely event, the sociable atmosphere and opportunities particularly valuable in a care centre. But what about Powell’s doubts about her role as a music therapist – was ‘A Dream Wedding’ music therapy? If we take a narrow view of ‘therapy’, prioritising boundaries, we can see many reasons for her doubts:
However, if we accept the broader outlook of Community Music Therapy and follow the expansiveness of the Ripple Effect, these doubts fade. That doesn’t mean Community Music Therapy is a free-for-all, care still needs to be taken to ensure appropriateness for all involved (Powell described steering ‘a delicate path’ with ‘A Dream Wedding’). But with due care an event like ‘A Dream Wedding’ becomes a very possible and highly desirable form of music therapy.
Since the publication of the book Community Music therapy, Nordoff Robbins music therapists have increasingly taken this broader view and have embraced more openly inclusive forms of music making in their music therapy. Harriet Powell, in her account of ‘A Dream Wedding, sees this as a natural extension of a music therapist’s listening and responding, from engaging with individuals to engaging with whole communities:

My role, as the music therapist in the whole community, mirrors my role in each session and in each performance: listening and responding, empowering, enabling and connecting. Within sessions and performances I try to respond to individual and group needs, to allow and contain within the structure of pre-composed music and the spontaneity of improvisation; within the whole community I respond to the needs of clients and institution, offering the structure of regular sessions and pre-planned performance and the relative flexibility of intermittent sessions and spontaneous groups.

This content is taken from Nordoff Robbins online course 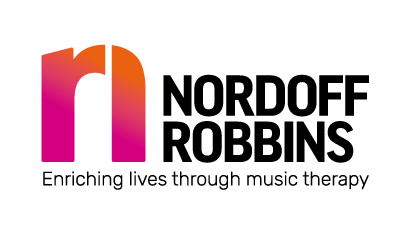