What is matter? Learn the different states of matter and forms in which they exist. 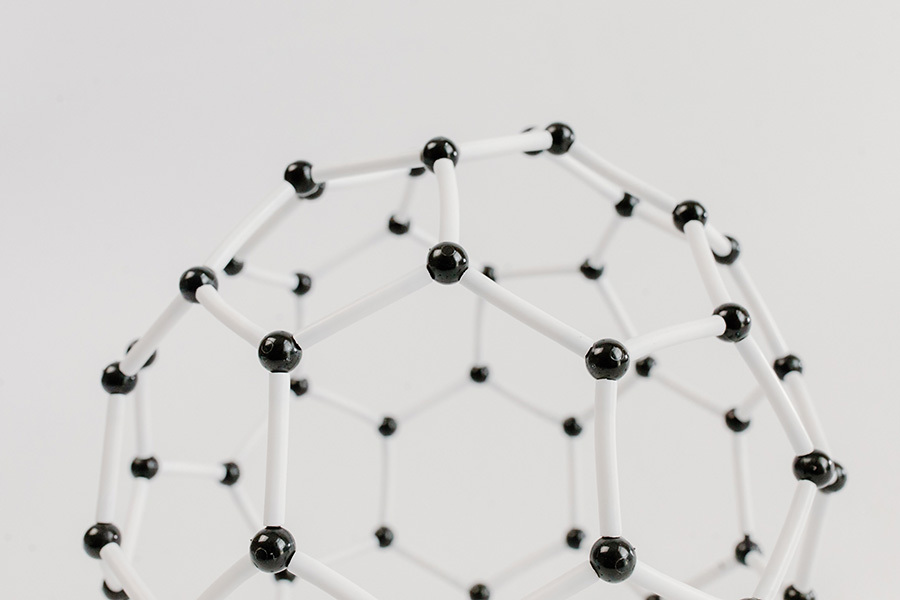 Matter is all things that have mass and take up space. This could be solids, liquids, or gases. Although you, the wind on your face, and the water in your coffee are all forms of matter, it does not thoroughly define matter.

Matter in a single form is referred to as an element (e.g. copper or carbon) and matter that is more than one atom or element as molecules (e.g. water is one hydrogen atom and two oxygen atoms bound together). In most processes and reactions on and near Earth’s surface (let’s leave aside nuclear reactions for right now), matter is never destroyed, it is merely transformed.

To be clear, the individual elements remain the same. For example, oxygen stays oxygen even when water is transformed into hydrogen gas and oxygen gas. In fact, the Greek word for “transformation” is “trope”, which we will soon encounter in the word entropy. 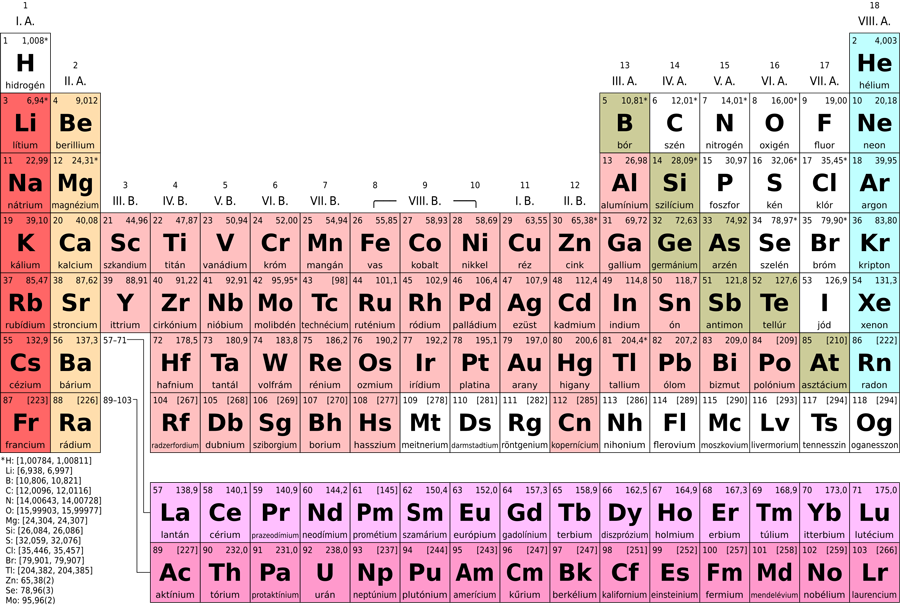 An element is an atom or collection of atoms that all have the same number of protons in their nucleus. The number of protons in the nucleus defines the element and its atomic number. Different elements have different numbers of protons in their nucleus. For example, helium has two protons, carbon has 6 protons and iron has 26 protons. Most elements have an equal number of protons and neutrons. Helium has two neutrons, carbon has 6 neutrons and iron has 26 neutrons. Both protons and neutrons give an atom mass. Hydrogen is a little special, as the smallest/lightest element, it doesn’t have room for a neutron and is most often a single proton. Some elements may have more or fewer neutrons than protons. For example, carbon can have 6, 7 or 8 neutrons in addition to its 6 protons. These variations are referred to as isotopes. 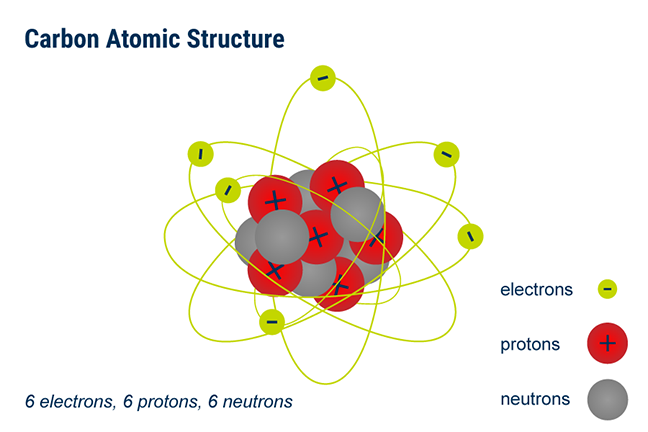 However, no matter how many neutrons an element has, the number of protons is what defines it. So carbon, and all its isotopes, have an average mass of 12.01 grams per mole. A mole is a very large number, 6.02 x 1023, that’s a 6 with 23 zeros behind it, but don’t worry about this right now. Roughly ½ of carbon’s mass is protons, the other half is neutrons (6 protons and 6 neutrons). Hydrogen, because its isotopes are very rare, has an atomic mass of 1 gram per mole. Examine the periodic table above and you can see that the atomic mass of an element is usually about twice the atomic number (hydrogen is the obvious exception). Also, note that iron (atomic number 28) is heavier than aluminum (atomic number 13), as we know intuitively. We’ll use this information later on when we calculate the carbon emissions of our cars.

In chemical processes and reactions, elements may combine with other elements to form molecules, molecules may become single elements or molecules may become larger or smaller molecules, or return to being single atoms. However, in every reaction and process, we are always left with the same mass of each element as we began with (even if those elements were in molecular form) and always the same number of atoms of each element.

This concept is referred to as the Law of the Conservation of Mass (or Matter). It’s a big part of environmental science because many of our human activities transform matter into products and waste.