What is a digital image?

What is a digital image comprised of? How is the data arranged and stored. 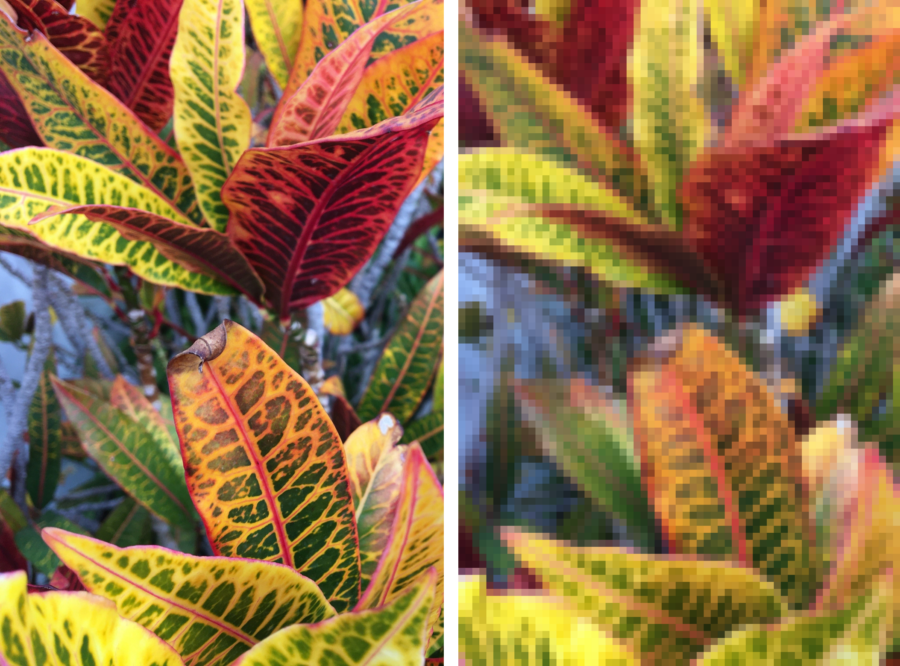 No doubt you will have encountered digital images on countless occasions, probably also taken and used digital images in your work or elsewhere, and possibly even done some post-processing of an image’s size or appearance using some piece of computer software or other. But exactly what data is stored in a image file, and what format does it take?

So how are the colour or grayscale values of pixels in a digital image represented? A little bit on the physics and biology of how we perceive colour is useful here. The human eye can see colour due to the presence of specialised cells known cone-cells in the retina. There are three types which, roughly speaking, detect light in the blue, green and red light ranges of the electromagnetic spectrum (labelled S for short, M for medium and L for long in the image below). The lack of one or more of these cone-cell types is the cause of colour-blindness in some individuals. 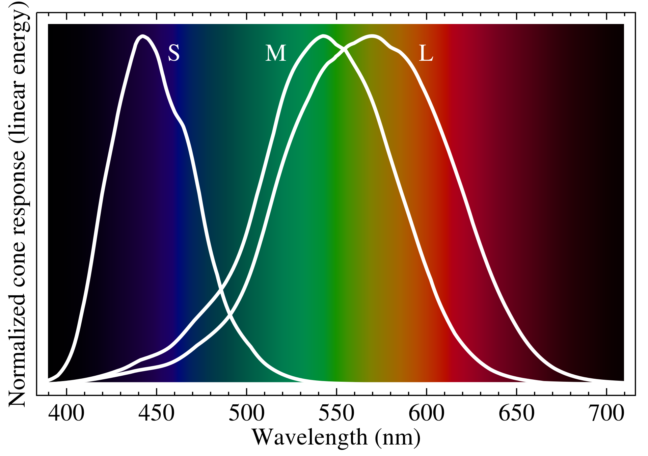 In general, computers simply represent RGB colour values using a list of three numbers representing the level of each colour. The range of possible values is important here. Usually, colour images have so-called 8-bit colour depth meaning the number for each channel can take any value between 0 and 255. The higher the number, the higher the intensity of light of that colour. So for example, a pure red pixel can be represented by the numbers (255,0,0), and a yellow pixel represented by (255,255,0). Of course, most pixels are a mix of different values for each channels, and representing colours in this way allows for 256 x 256 x 256 possible combinations, over 16 million unique colours!

While colour pixels are represented by three numbers, grayscale pixels are represented with just one. For an 8-bit grayscale image this number is also between 0 and 255, with 0 appearing black and 255 white. For images where a larger range of light intensities is needed, a 16-bit image depth may be used, giving a possible 65536 unique values. However, this extra range comes at the cost of much greater file size.

So now we know how to represent colours using pixels, all we need to do is arrange those pixels into ordered rows and columns to make up an image. A computer does this using a data structure called an array, where the data in each individual pixel can be accessed by referencing its row and column position. For more on this see the Python practical examples. 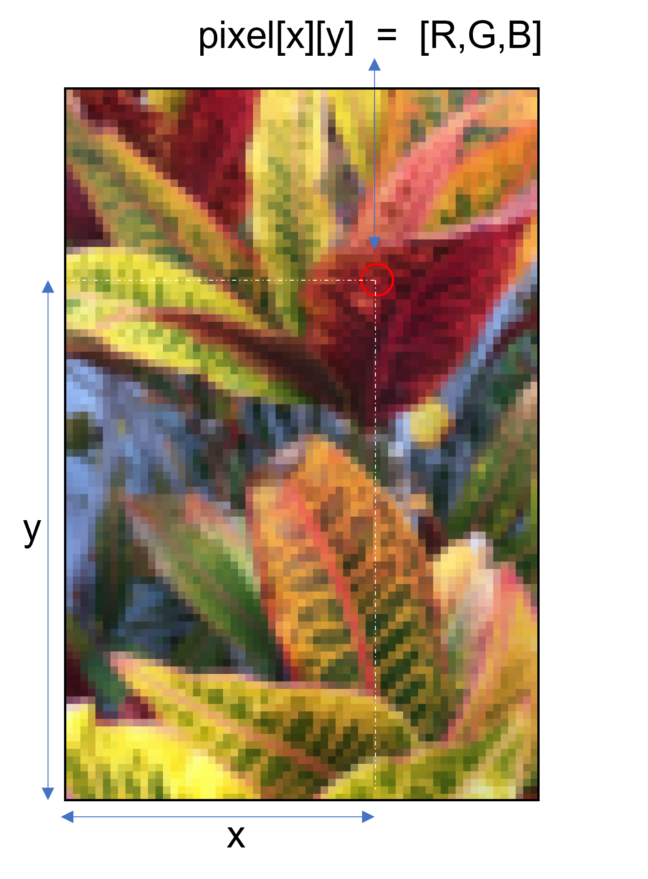 A good way to think of an array is to think of a table in a spreadsheet. You have a number of rows and columns into which you can put data, and to get that data back you just need to provide a reference to both the row and column positions. In fact, it is even possible to turn a digital image into a spreadsheet using Python, as we will see next week.