Microbes play many different roles on Earth, and in the life support system. In this article, we'll introduce you to some of the key players!
© Eden Project and University of Exeter

Microbes play many different roles on Earth, and in the life support system. In this article, we’ll introduce you to some of the key players!

Cyanobacteria evolved three billion years ago and changed the world. Every breath we take is thanks to them and their descendants who reside inside algae and plants. Together they harness the Sun’s energy, combine it with water and carbon dioxide to make carbohydrates and release oxygen as a by-product. The Eden Project has an 8.5-metre high sculpture – Infinity Blue – that pays them homage. 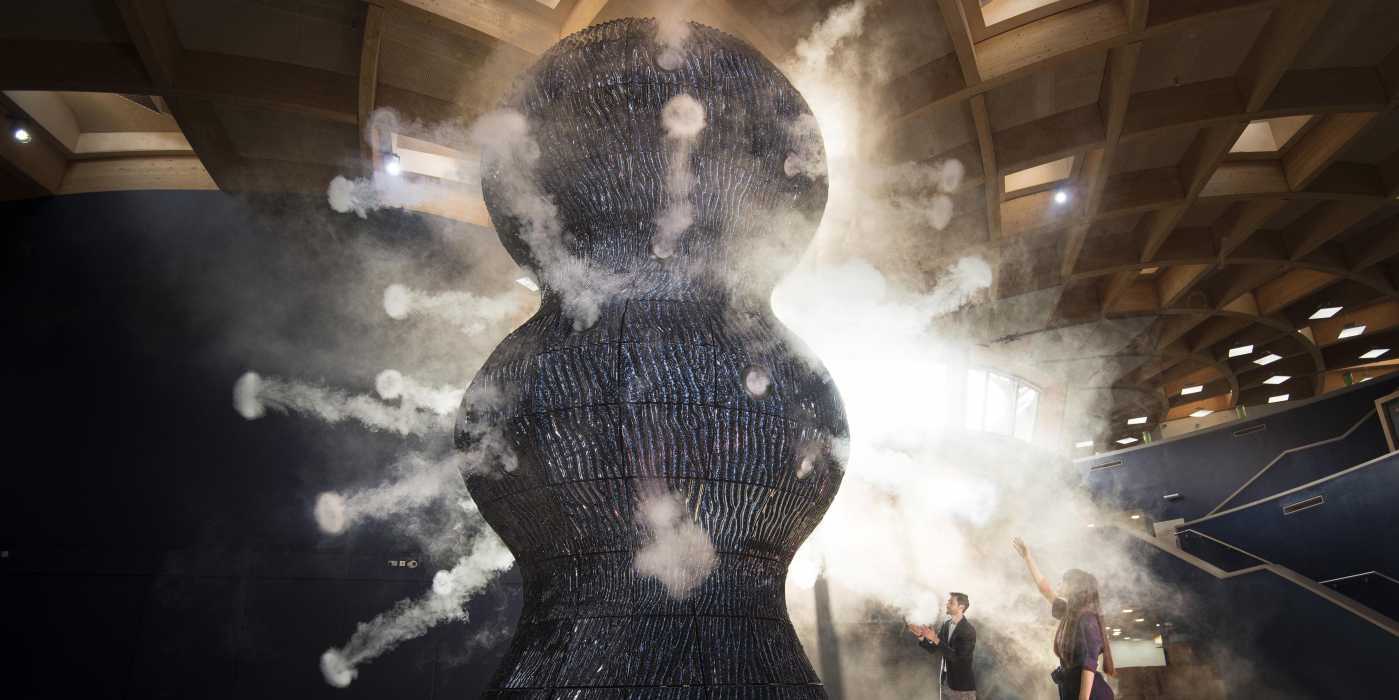 The Eden Project has an 8.5-metre high sculpture – Infinity Blue – that pays homage to cyanobacteria 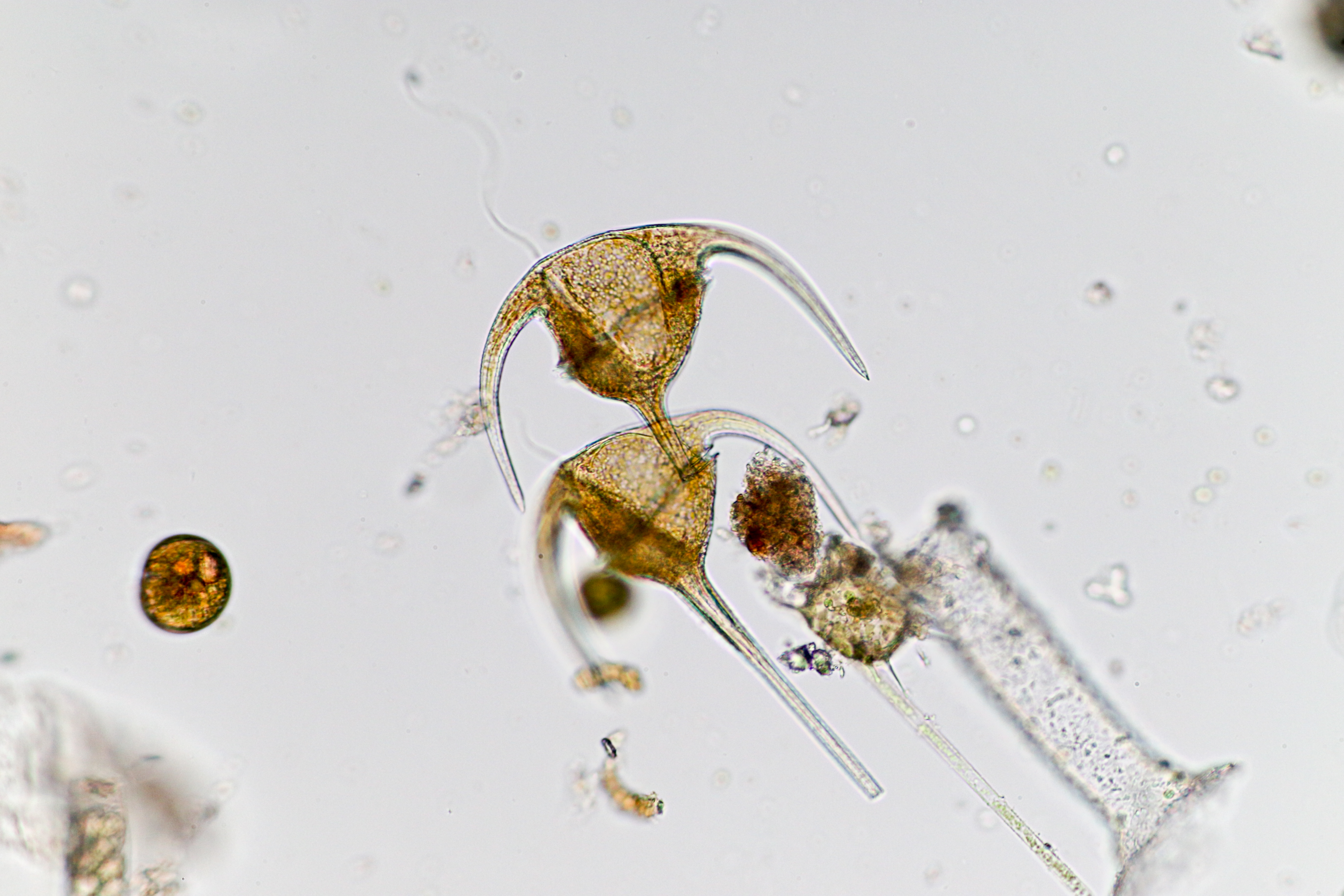 Dinoflagellates float in water and make a chemical called DMS

Phytoplankton, alongside land forests, regulate the climate. What these microscopic ocean drifters lack in size they make up for in numbers: massive phytoplankton blooms are visible from space. They absorb masses of carbon dioxide from the air, and lock carbon into the ocean when they die. This helps keep the planet cool. 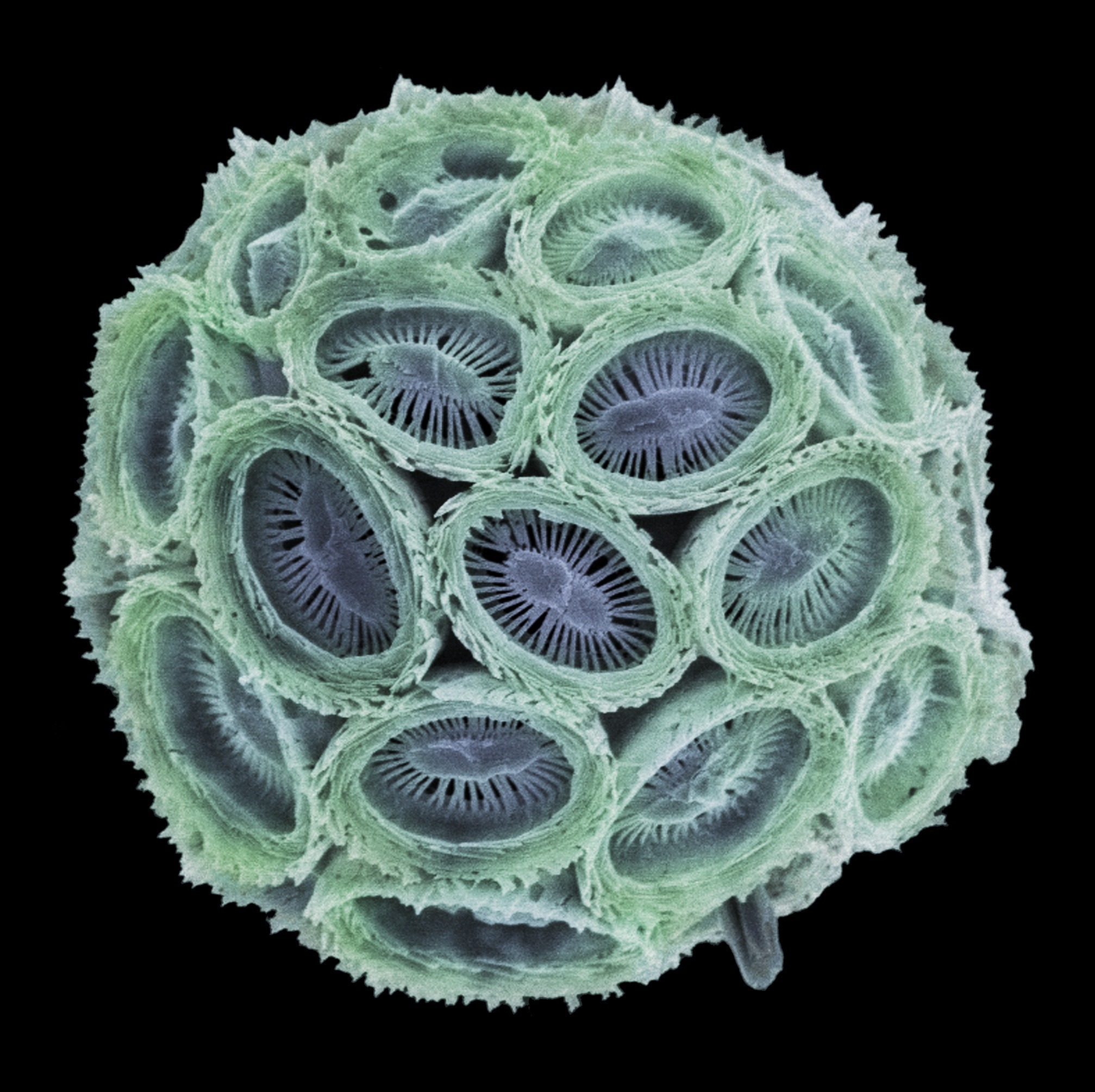 Our bodies contain around 2kg of microbes inside that help to feed, form, and protect us. They live mainly in our lower intestine, helping to digest food. Others train our immune system to target harmful bacteria, leaving beneficial ones alone. In newborns, microbes help our bodies work out which cells should become what. In the next steps, we explore in more detail how microbes look after us by protecting, feeding and ultimately forming us. 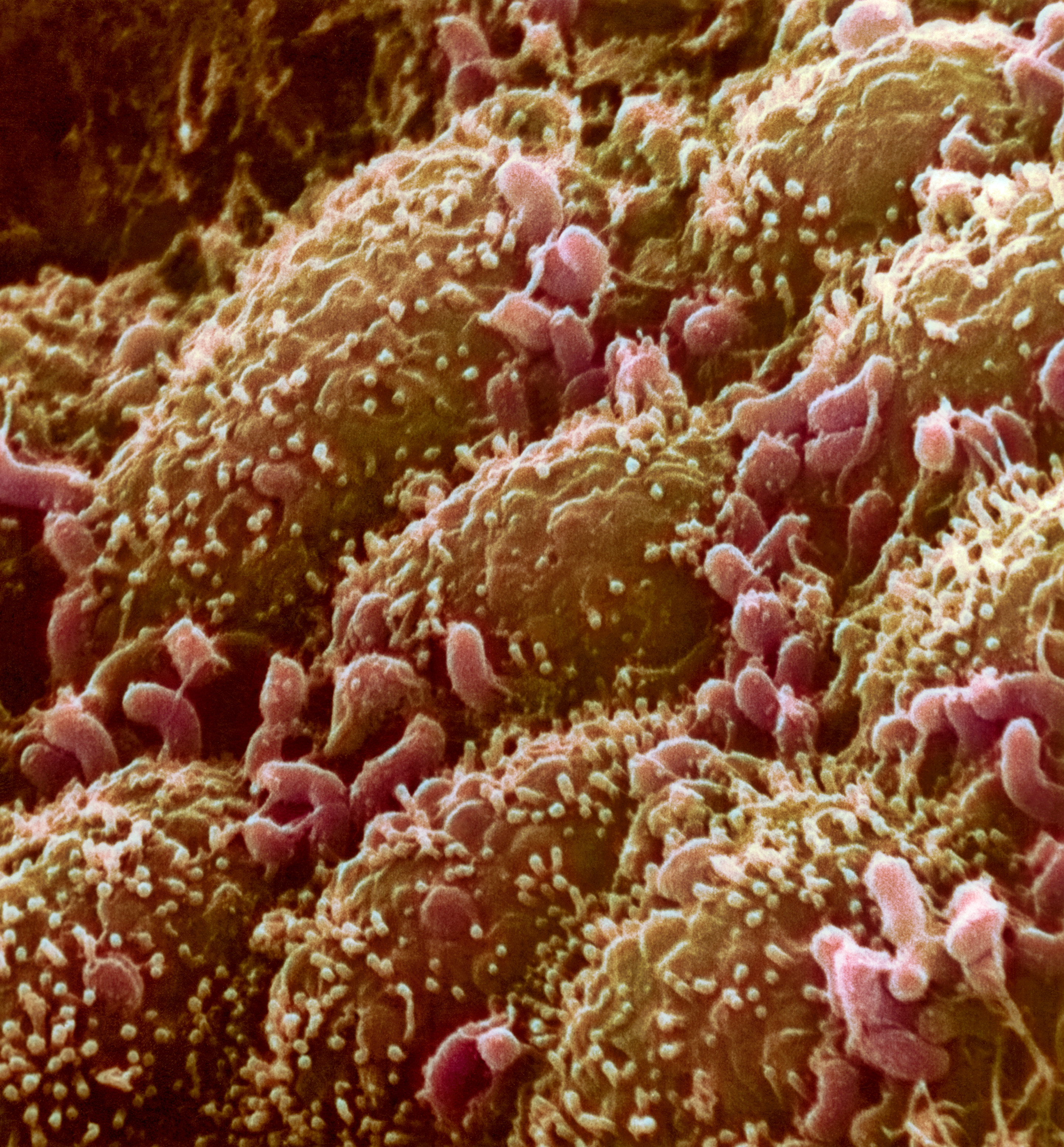 Deep in the tropical forests lives a fungus that can control the mind … of ants. Ants pick up the ‘zombie ant fungus’ from the forest floor. It grows into their brains and takes control, making them climb up a tree. The zombie ant fungus bursts out of the dead ant’s head, releasing its spores to the breeze. 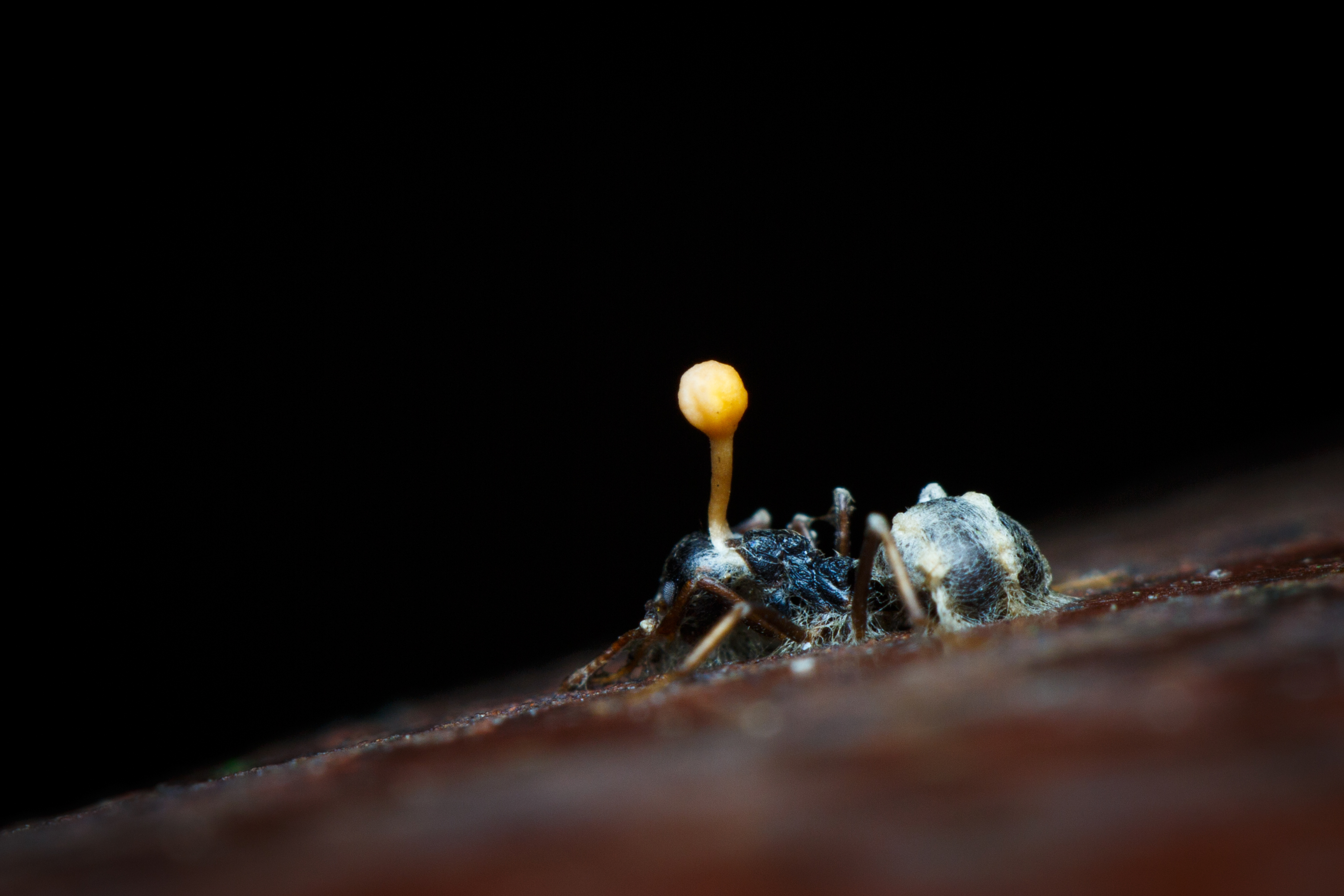 The zombie fungus takes over the ant’s brain

Tardigrades, known as water bears, live in moss, puddles and soil. They can survive without water, food, air, below freezing, above boiling and with radiation. They just ‘turn off’, then ‘turn back on’ when conditions improve. Tardigrades have even managed to survive in active volcanoes, and in space! 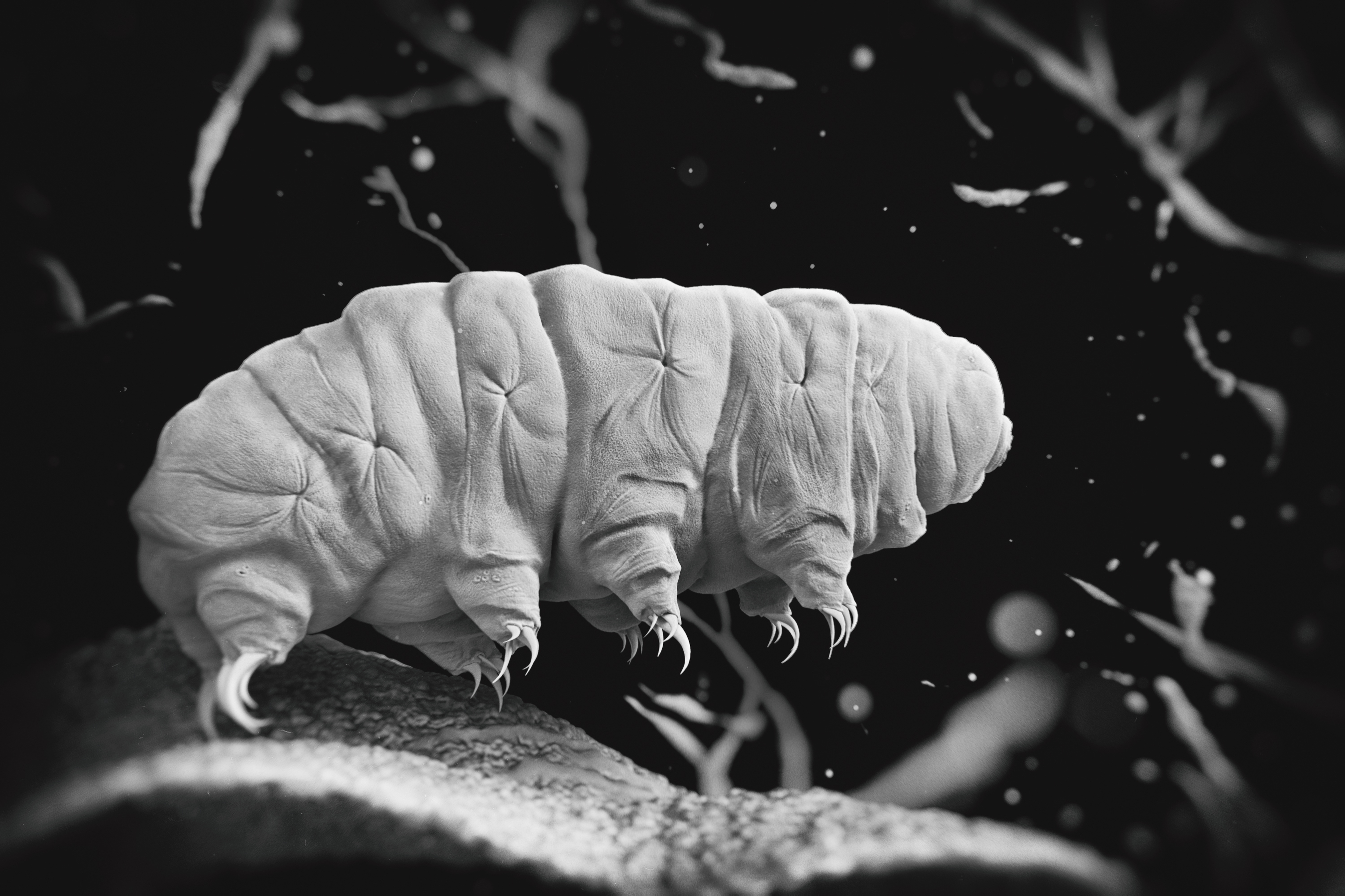 We’ve selected just a few microbes here, but there are billions out there, all dutifully playing their part in keeping the life system running.