Noguchi Room as a space for communication

Noguchi Room as a space for communication
© Keio University

As we saw in Week 1, Taniguchi and Noguchi inherited the spirit of Yukichi Fukuzawa. They conceived of a space to serve as a new “Banraisha,” where students, faculty, and others could gather for dialogue on the post-war campus.

In 1964, the Keio University International Center was placed in the Second Faculty Building, and the Noguchi Room became a place for activities by exchange students from outside Japan. 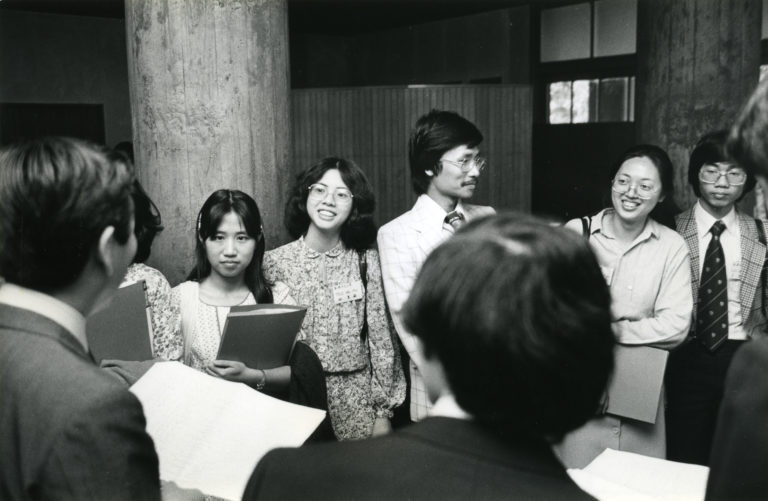 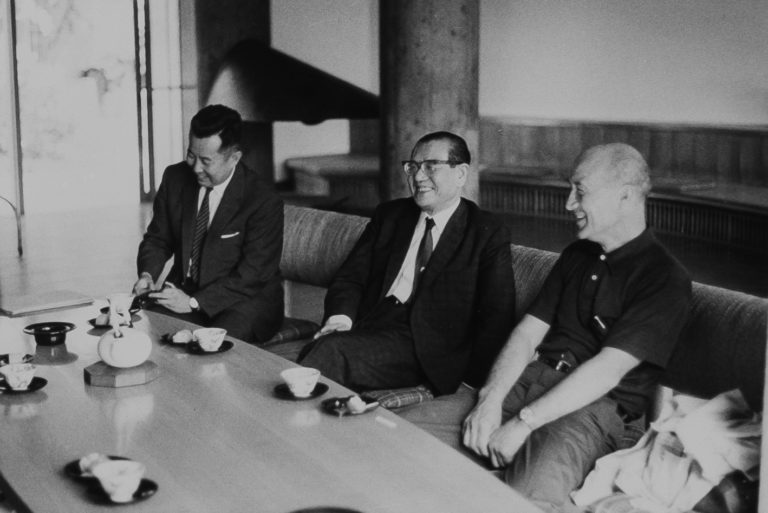 The room was also used for events such as tea ceremony and kimono dressing workshops for exchange students. In 1967, Noguchi visited Keio again, and a photo still exists of him relaxing and chatting with Keio University President Kunio Nagasawa and others. 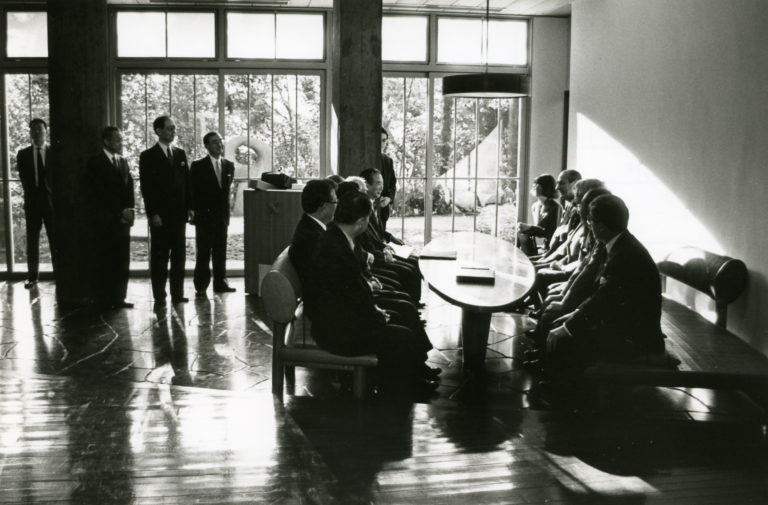 The Noguchi Room was also used for a wide range of cultural exchange events, including international discussions on education, and hospitality for VIPs from other countries visiting Japan. 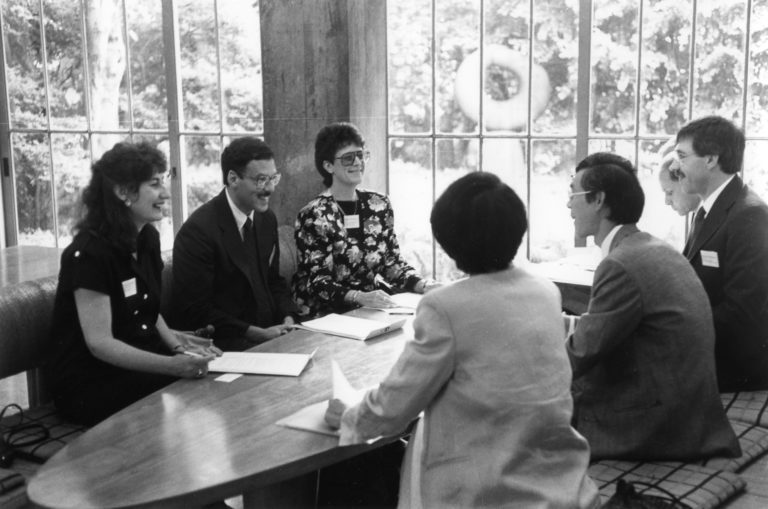